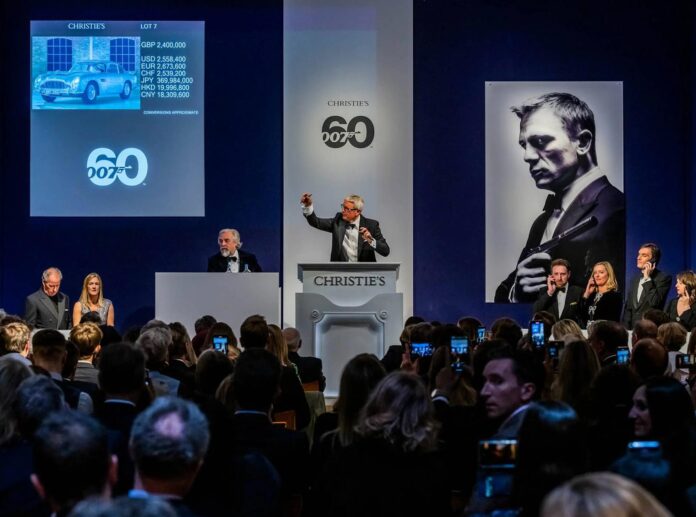 The art market is not famed for its altruism. Yet recent sales would suggest a much more philanthropic bent. For the first half of this year, Christie’s reported that its charitable auctions had raised $440m, and confirms that 2022—taking into account November’s record-breaking $1.5bn auction of Paul G. Allen’s collection, whose proceeds are all earmarked for philanthropy—will be an unprecedented year for such sales.

A wider awareness of those less fortunate has been unavoidable this year and efforts to support Ukraine have certainly added to the generosity. Christie’s numbers show that these fundraisers accounted for a relatively small amount—$13.7m—compared to the charitable Thomas and Doris Ammann collection ($325m), but the mood is certainly more mindful.

It might be part of the latest trend for billionaires to give their wealth to good causes, but it would be churlish—uncharitable even—to criticise sellers of art for giving their money away. Credit should also go to today’s artists who respond to the many requests to donate works to charitable causes, even though some of these seem to reappear quite quickly on the market. The auction houses, too, work hard for such sales, and sometimes waive or at least reduce their fees, while gallerists are on hand to encourage their artists towards worthy causes. Buyers in turn tend to dig deeper when a work is offered for charity, something that auctioneers urge to bring in more bids. “If a collector aligns with a particular charity then they can be willing to go a little beyond,” says the art adviser Megan Fox Kelly.

But, for me, here things get a little murky. Auction sales provide the only price data in the art market and are increasingly relied upon by new entrants. Charitable sales skew the already-flawed data vastly upwards. Back in 2008, Sotheby’s co-ordinated the first so-called Red auction, an Aids, TB and malaria benefit and the brainchild of the U2 frontman Bono and Damien Hirst. The sale, with its combination of glamour, star quality and charity, made 17 auction records for artists including Banksy and Marc Quinn, who more than doubled their previous highs. The more recent 2018 version of the same sale did similar for artists including Jennifer Guidi and Leo Villareal. These prices stay on the record, but the context of their hits do not. This is, of course, a problem with most auction data—provenance and circumstance are not part of the numbers.

The Allen collection gave Christie’s great publicity and injected confidence into a market that doesn’t like too much reality. Fox Kelly believes that buyers ultimately are still chasing the art more than the charitable cause and that a philanthropic auction is an effective way to bring in donations from people who otherwise might not have supported their cause. So, if we are still living in the realms of fantasy, at least some charities can feel the benefit too. But, as the market navigates trickier times, this house of cards could do without being built any higher.

Sotheby’s Orientalist Sale on the Rise