Home News The Eclectic Collection of the Late Joseph Hotung, a Member of One... 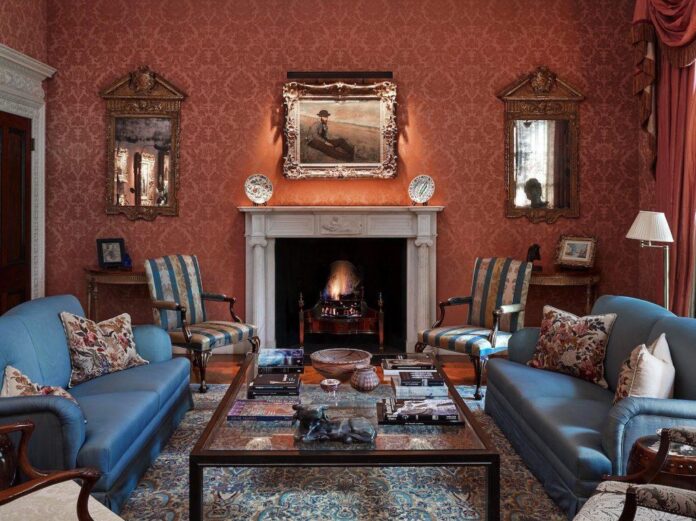 It all started with a delayed flight.

The late Sir Joseph Hotung’s passion for collecting jade reportedly began in the 1970s, when a plane delay resulted in an unplanned visit to a San Francisco gallery. That’s where he laid eyes on a pair of matching Qing dynasty white bowls.

The acquisition was the start of a lifelong passion. Now, Sotheby’s will sell some 400 works from Hotung’s encyclopedic private collection in a series of dedicated single-owner auctions in Hong Kong in October and London in December. The more than 400 works are expected to bring in roughly $50 million.

Hotung, who died in 2021, was the son of Robert Hotung, arguably the most influential businessman in Hong Kong’s history and the patriarch of one of its “four big families” during the city’s colonial era. Best known for his collections of jade, porcelain, and Chinese works of art, he also accrued a top-notch design collection. He displayed his personal favorites—English Chippendale furniture, royal French silver, Ming hardwood furniture, and Chinese ink paintings—in his London residence, where it was seen by only a few close associates and friends. 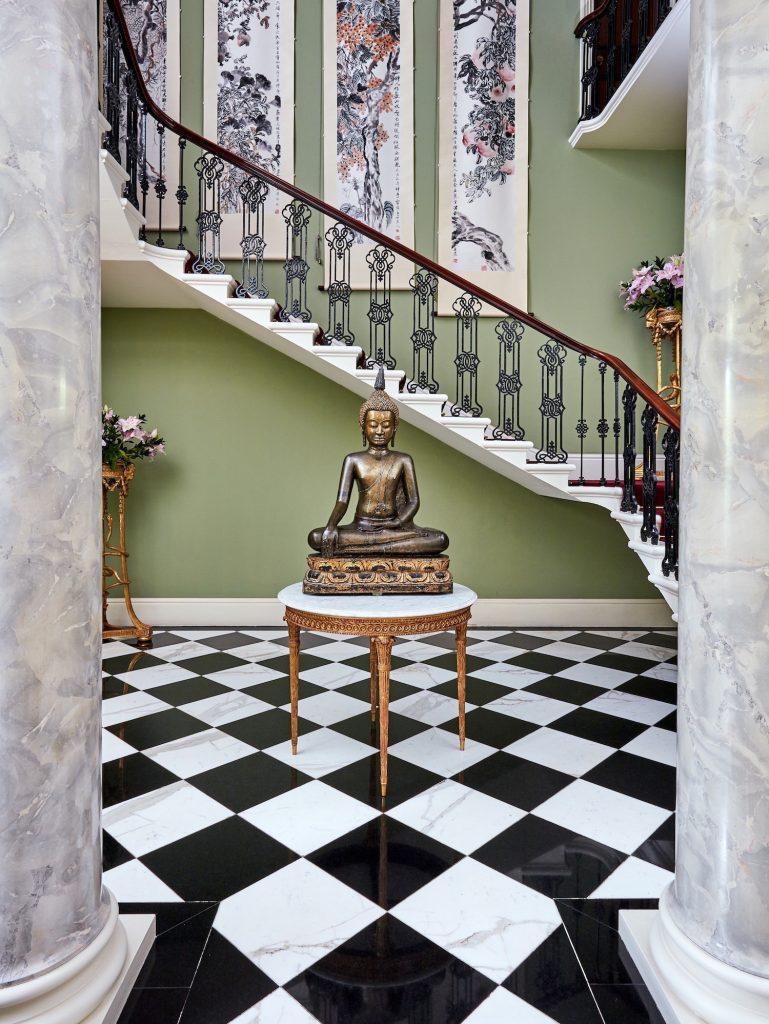 Some museumgoers may already be familiar with Hotung’s name as there is a gallery in the British Museum named after him. He was also a trustee at the Metropolitan Museum of Art and the Asia Society in New York, among others. Hotung left almost his entire collections of jades and early Chinese blue-and-white porcelain to the British Museum.

Henry Howard-Sneyd, Sotheby’s chairman of Asian art, described Hotung’s aesthetic as “a winning combination of a serious Chinese scholar with that of an English gentleman.” He took joy in juxtaposing English and Chinese furniture “in a way that I have rarely seen anywhere else, and was way ahead of its time.”

One of the top lots in the Hong Kong auction is an 11th–12th century gilt-bronze seated figure of Avalokiteshvara, estimated at $1.8 million to $2.3 million. It is the only example in this form known to exist from the Dali Kingdom in southwest China. 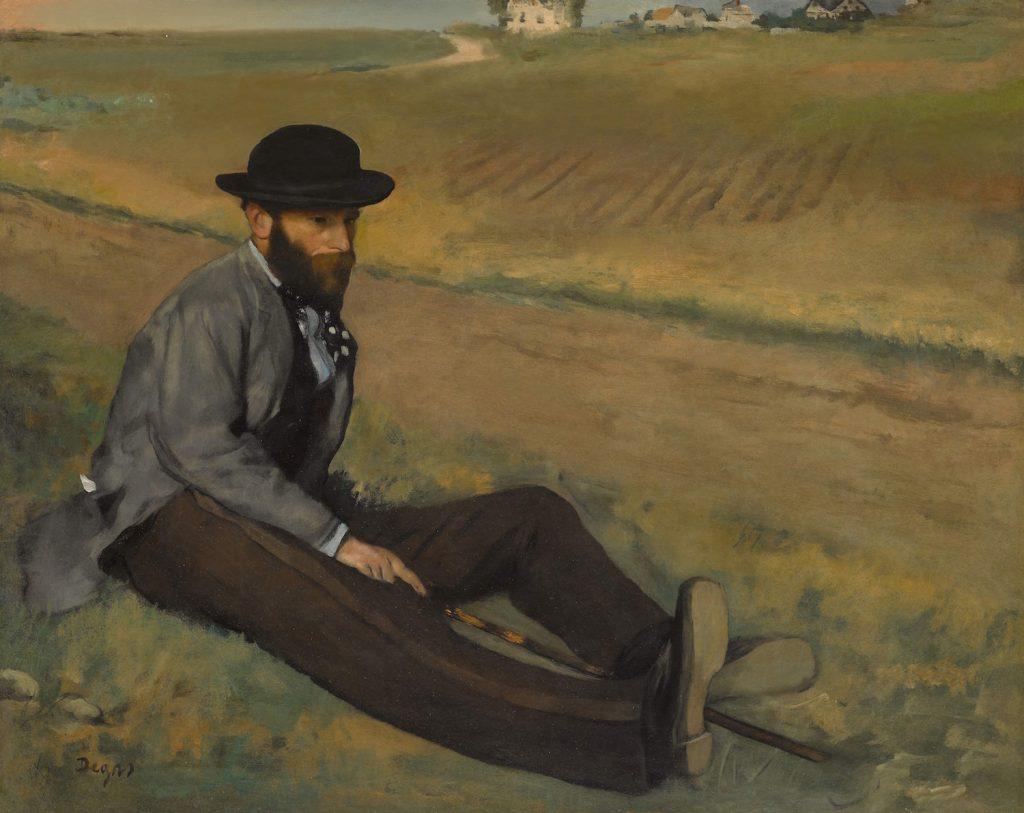 The selection of fine Chinese paintings includes work by Chinese ink artists from the late Qing dynasty through the modern era such as Xu Gu, Fu Baoshi, and Shi Lu. A star lot is one of the largest multi-panel works by Qi Baishi, , which is estimated at $2.1 million to $3.5 million. 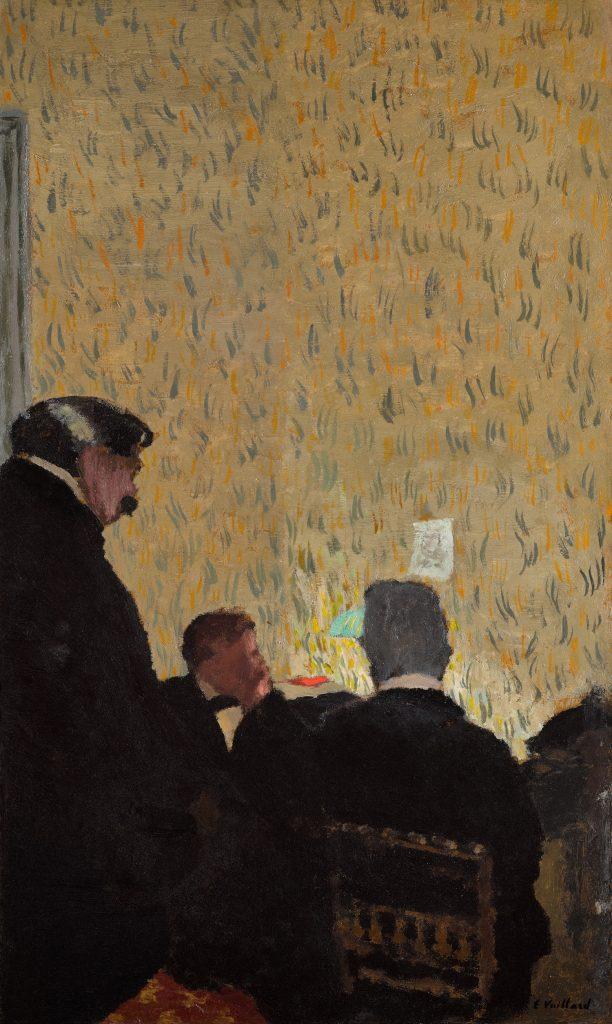 Hotung also assembled an enviable collection of Impressionist art. Degas’s (1874) is estimated at $4.7 million to $7 million. His group of paintings by Vuillard represents “the finest offering to be presented at auction from a single collection for decades,” according to Sotheby’s.

Howard-Sneyd said Hotung was a frequent visitor to the Hong Kong salesrooms. “He was quite inscrutable, so we would never know what he was going to do until the day of the sale,” he recalled. “He was someone who would always focus on buying the best of the best in a field, and it was not just the aesthetics that would be important to him but also things like the subject matter and the provenance. Almost always though, the defining feature was that a piece would just capture him from the beginning.”