Home News The Metropolitan Museum of Art opened for visitors 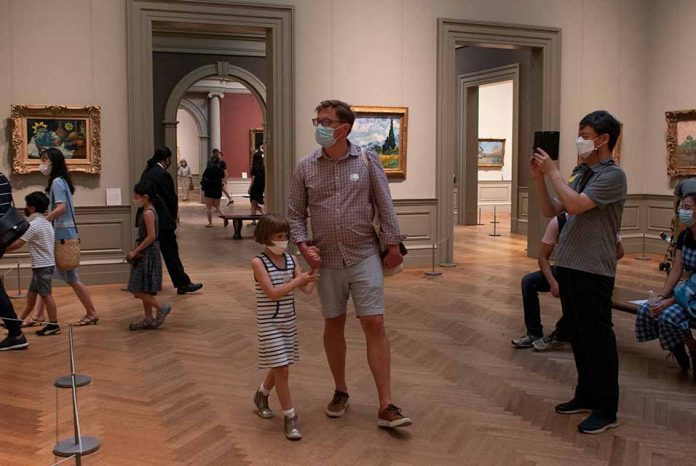 The Metropolitan Museum of Art in New York welcomed its first visitors after a long quarantine. The grand opening of the largest museum in the United States attracted thousands of visitors. Many called this event “a victory over the coronavirus”, as the Metropolitan all summer was almost the only major museum that did not resume its work. В

In 2020, the museum was to hold several major exhibition projects, not counting annual events such as the Met Gala Ball, but the pandemic crossed out all plans. In addition, this year the museum celebrates its 150th anniversary. Most of the solemn events were postponed indefinitely. The six-month quarantine hit the museum hard – about 20% of its employees lost their jobs, and the financial loss was $150,000,000.

The opening day was a real celebration for museum fans, although their number decreased noticeably due to sanitary restrictions. If earlier on Saturday the museum had a standard capacity of 30,000 to 40,000 guests, now its capacity is 7,000 to 10,000 people. Now the museum has an exhibition dedicated to the work of African American artist Jacob Lawrence.