Home News The New Season of ‘Emily in Paris’ Is Blowing Up Yet Another... 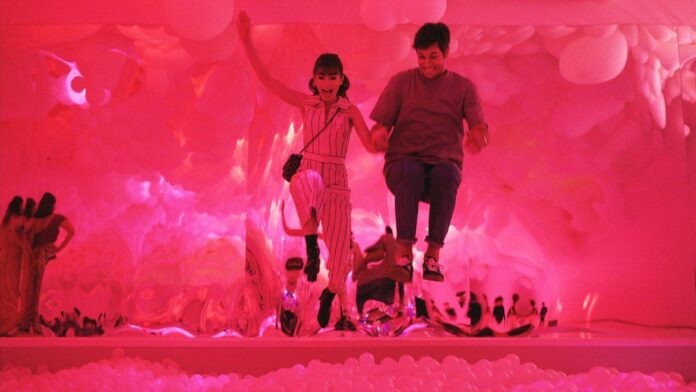 After kicking off a stampede for immersive Van Gogh experiences following its first season, Netflix’s , the third season of which premiered in December 2022, may do the same for yet another Instagram-friendly attraction.

The Balloon Museum can be seen in episode seven of the latest season, which is titled “How to Lose a Designer in 10 Days.” In it, Lily Collins’s Emily visits the museum as part of a date with Lucas Bravo’s character, Gabriel.

A pop-up exhibition that was in Paris at the time of filming, the Balloon Museum has since traveled to Milan, where it will run at Superstudio until February 12. During the museum’s time at Paris’s La Grand Hall de la Villette, it welcomed over 800,000 visitors from April to September 2022. Before this, it was installed in Rome from December 2021 to May 2022.

Self-described as “the first incubator of artworks and installations completely created by inflatable and balloon art,” the Balloon Museum features immersive environments outfitted with works created by an international line-up of artists using inflatables of various colors and sizes. Visitors can find numerous furnishings made of balloons, such as a lamp, a cactus, a couch, and a coffee table, plus a recreation of Edvard Munch’s The Scream (1893).

According to Fantauzzi, Lux Eventi wanted to “create something unique that would involve the general public in an original way of enjoying art, experiencing it in an interactive way, with a dose of lightness and entertainment.”

One standout feature of the Balloon Museum’s current exhibition in Milan is the Hyper Cosmo pool, which makes an appearance in Emily in Paris. (And, according to the FAQ section on the museum’s website, the ball pit is cleaned “frequently” in an antibacterial shower.) 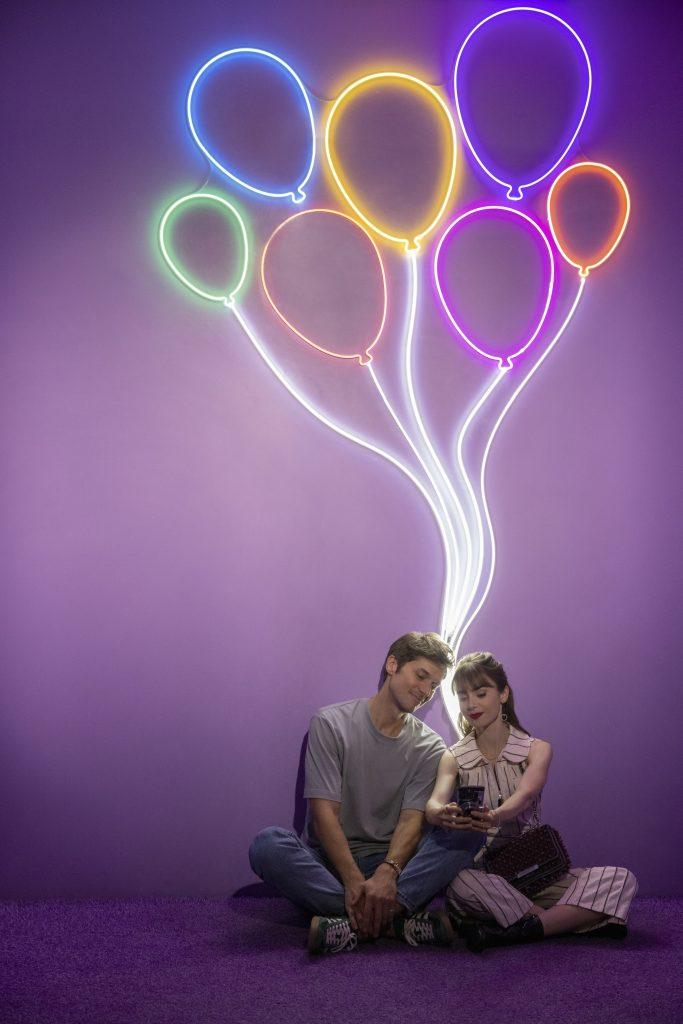 Lucas Bravo as Gabriel and Lily Collins as Emily at the Balloon Museum in . Photo: Marie Etchegoyen / Netflix © 2022

Anne Seibel, production designer on , told Artnet News that this particular attraction was chosen because “we like to show [the] latest events in Paris in [Emily in Paris].”

Fantauzzi added that the decor was not altered in any way for the museum’s appearance in the series. The patrons seen in the background of Emily in Paris were actually extras, as these scenes were filmed at night, when the museum was closed to the public.

This is not the first time an international art exhibition has been featured in Emily in Paris. When Atelier des Lumières’s Van Gogh, Starry Night made an appearance in season one of the show, the popularity of countless other immersive Van Gogh experiences subsequently soared.

The Balloon Museum’s Instagram posts on its starring role in have been liked more times than any others on its feed. “PLEASE COME TO BRAZIL,” urged a user in the comments section on one post, while another chimed in, “I just watched the part on netflix and had to research it right away.”

Tickets for the Balloon Museum start at €10 and can be purchased here.