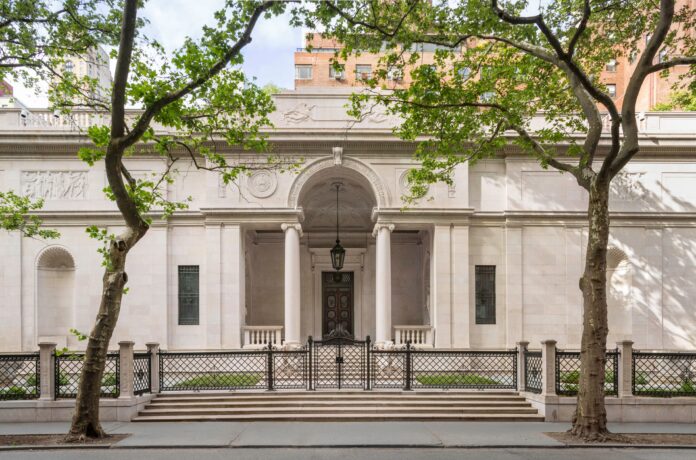 The Morgan Library and Museum will unveil its full façade restoration and new publicly accessible garden this weekend (18 June). The $13m project was carried out over six years and marks the first time the institution has restored the exterior of the neoclassical building since it was completed in 1906, a project designed by the architect Charles Follen McKim for J. Pierpont Morgan as his private library.

Beyond the exterior restoration, most notably the project entails the addition of an idyllic 5,000 sq. ft garden that was formerly closed to the public, timed tickets to which have sold out for the weekend. The design was overseen by the London-based landscape designer Todd Longstaffe-Gowan, who previously worked on projects like the Kensington Palace Gardens and Hampton Court.

The garden project entailed the addition of pebblework pavements sourced from the Ionian Sea, flowerbeds and greenspace, the careful restoration of the lionesses at the entrance, designed by the American sculptor Edward Clark Potter, and the installation of several objects from the Morgan’s collection that have not been previously shown, including a stone Roman sarcophagus and a pair of Renaissance corbels.

The museum, which holds Morgan’s personal collection of manuscripts, artwork, artefacts and books, has compiled an extensive video overview of the project, with videos detailing the garden development, the careful restoration of various architectural elements, and even how it intends to “pigeon control” to protect the building for decades to come.