Home News The Only Titian Painting in Switzerland Is Most Likely Not a Real... 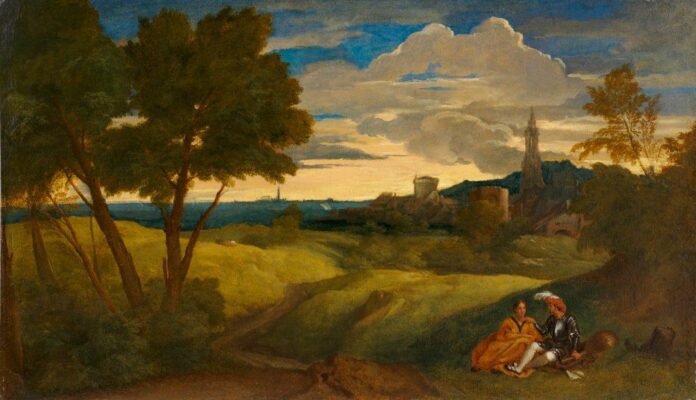 Art Recognition, a Swiss company that uses A.I to authenticate art, has revived questions about Kunsthaus Zürich’s Evening Landscape with Couple (c. 1518–1520), hailed as the only Titian painting in Switzerland. Its algorithm has ruled there’s an 80 percent chance the work is incorrectly attributed.

Kunsthaus Zürich received the high-contrast scene in 2019 as a donation from the Dr. Joseph Scholz Foundation, where the museum’s then-curator Christian Klemm also served on the board. Klemm had recommended the Foundation acquire the painting. English art historian Paul Joannides attributed the work to Titian—an attribution being a technicality that allows a measure of uncertainty, compared to a decisive “by.”

However celebrated, the gift was controversial as well. The unsigned work was painted on paper and later mounted on canvas—unusual for artworks created in Titian’s time—and doesn’t appear in any catalog of the artist’s oeuvre. The Gothic church tower in its background was also more characteristic to northern Europe than 16th-century Italy.

“We knew the acquisition of this particular painting was controversial since the beginning,” Art Recognition’s Lisa Salama told Artnet News. “Doubts were quickly cast upon its authenticity.” 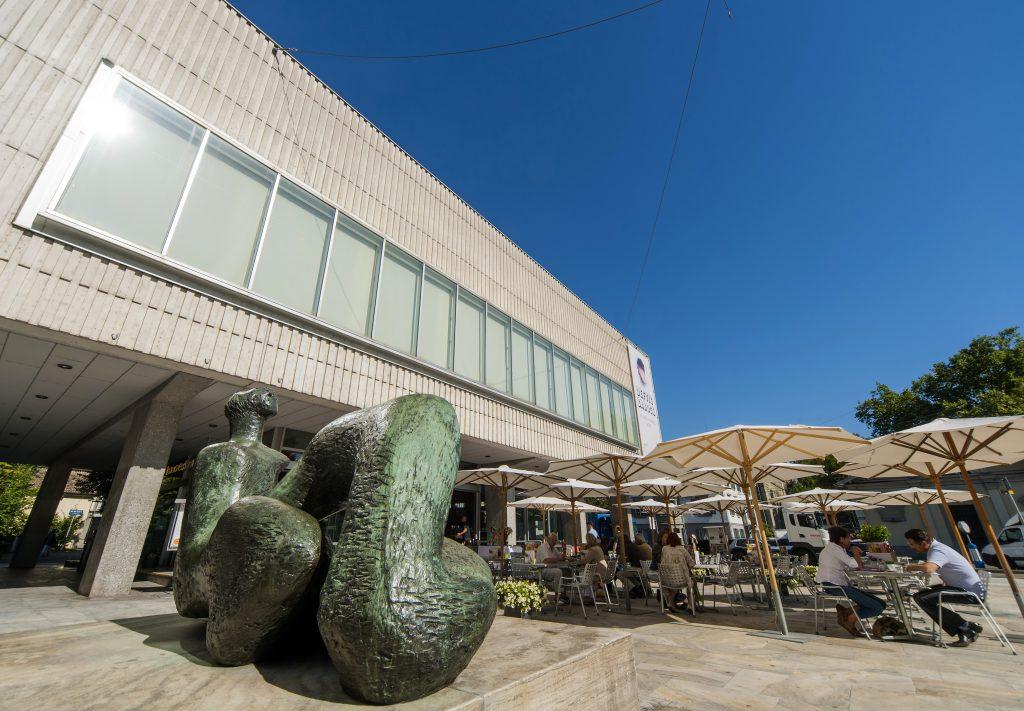 Rather than waiting for Kunsthaus to use radiocarbon dating or watermark analysis tools to verify the painting’s authenticity, Art Recognition used its A.I. technology on . The company trained its neural networks by feeding an algorithm with more than 300 high-resolution images of authenticated Titians, such as , housed at Scotland’s National Gallery, and The Penitent Mary Magdalene, at the Hermitage Museum in St. Petersburg.

Then, they taught it to recognize fakes by inputting 300 fake Titians. Art Recognition director Carina Popovici has said this method yields a 90 percent rate of accuracy.

When Art Recognition’s algorithm returned the 80 percent false reading on Evening Landscape, the startup alerted Kunsthaus. “They did not react,” Salama said.

“Digital A.I. analysis was applied without us sending in a high-resolution photo, without our order, and without our consent,” Kunsthaus Zürich told Artnet News. “We are not sufficiently familiar with the method, its possibilities and limits, and the argumentation with regard to our painting.”

The museum acknowledged Art Recognition’s results, saying it would be interested in learning more about the methodology.

“Ultimately, it is a matter of an interesting contrast between style-critical and technological analysis of the authorship of a work of art,” Kunsthaus continued. “The work continues to run under ‘Titian, attributed,’ which is correct and corresponds to the facts.”

For Salama, however, the advantages of using A.I. in art authentication clearly trumps traditional methods.

“It is very accessible, meaning fast, hassle-free (no transport, no insurance), cost-effective, but also objective,” she wrote. “In our opinion, objectivity is one of our most important assets, and potentially the one that really makes the difference as we are looking at a market that is still dominated by subjectivity.”