Home News The Outgoing Chair of Sotheby’s International Reflects On Her Career and the... 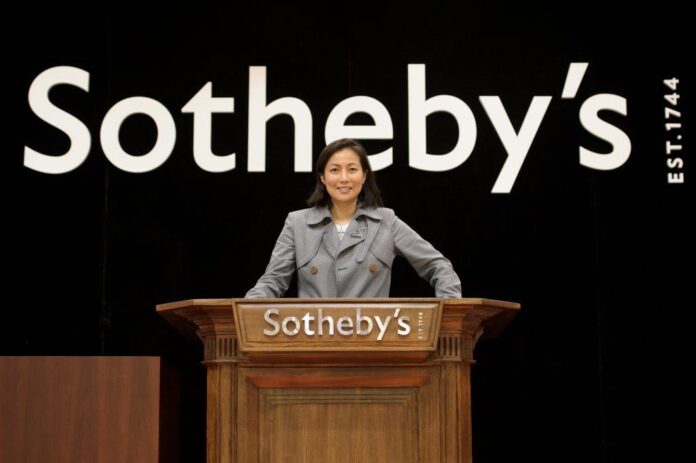 The New Year often marks new beginnings and this is especially true for Patti Wong, who has just concluded a major chapter in her art-world career. Last month, she retired from her role as chairman of Sotheby’s international. She ended her 30-year tenure on a high note, having achieved the goals she set out to accomplish early on in her career. Sotheby’s celebrates its 50th anniversary in Asia this year and Wong was key in helping the auction house build its empire across Asia, and making Hong Kong a major global art auction hub alongside New York and London.

Wong joined Sotheby’s in 1991 and was appointed chairman of Sotheby’s Asia in 2004, before being named chairman of Sotheby’s Diamonds in December 2005. Under her leadership, the house’s auctions in Hong Kong grew from just two sales, which contributed just six percent of the company’s worldwide sales, to bi-annual marquee sales featuring multiple categories, which have achieved a year-to-date auction turnover in Asia of over $1 billion. These Hong Kong auctions now make up 35 percent of Sotheby’s global sales.

Wong also played a key role in introducing Western art sales in Asia and expanding Sotheby’s client base in the region. By 2020, half of all works priced at $5 million or above received bids or were bought by Asians at the company’s auctions.

In this exclusive Q&A with Artnet News Pro, Wong reflects on her three-decade career, the evolution of the art collecting scene in Asia, and the rise of Hong Kong and Asia as indispensable parts of the global art market. She also offers a few tips to young collectors and those who wish to join the auction industry. 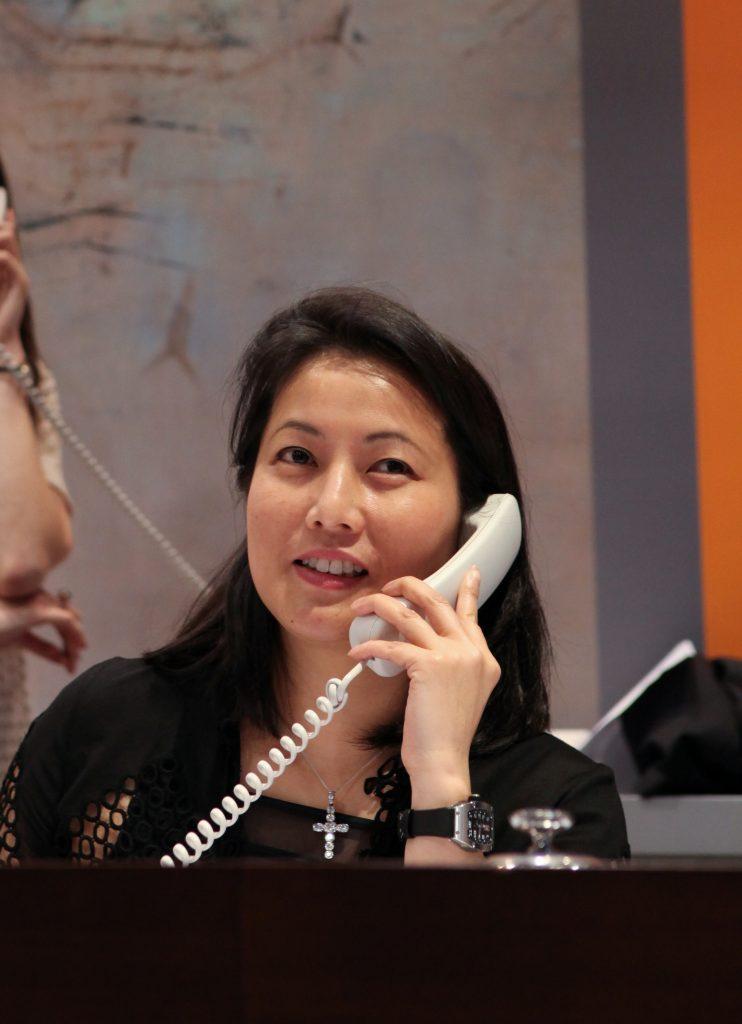 The first auction I attended was for the Eucliffe property, and its plot in Hong Kong, when I was an intern at a law firm. I was totally captured by the intensity and magic of it. When I was at university, I started attending wine courses and some jewelry and decorative arts auctions at Sotheby’s and decided that this was what I wanted to pursue as a career. I feel as if it was in my blood.

Japan has a long local auction tradition, but [they kept this] very much to themselves. Internationally, Japan was grappling with the fallout of the economic crisis, having been such active buyers in the Impressionist field, and then everything came to a stop in 1990.

Hong Kong was definitely ahead of the rest of the region. Since 1973 Sotheby’s had held regular auctions locally twice a year, of Chinese works of art and modern paintings, but buying in London and New York was largely limited to activities in the Chinese fields.

Working in the Chinese department in New York gave me a chance to help mainly Chinese dealers and classical painting collectors. I extended their collecting activities to wine, jewelry, and watches as I knew there was a huge market out there. It was when I moved to London and worked in private client services that I really started expanding the collecting interests of Asian collectors. I introduced them to English and European furniture and decorative arts, Impressionist paintings, and jewelry—particularly diamonds—in a big way. 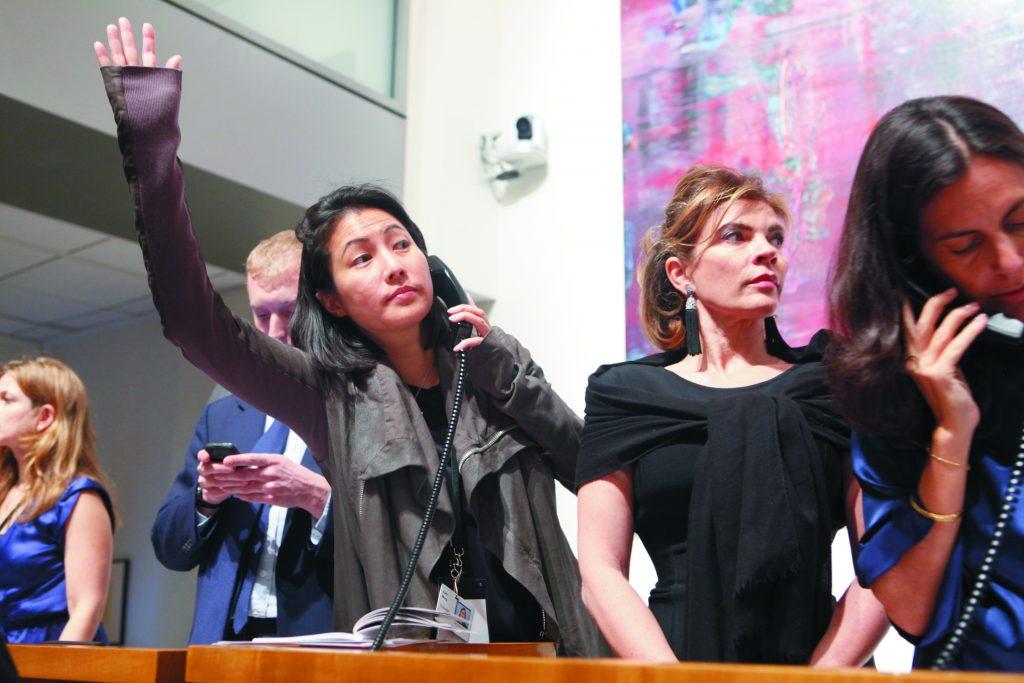 My mother was always super supportive of my career at Sotheby’s as she was a keen collector herself. She taught me the importance of trust and encouraged me to reach out wide to build the collecting community. I was surprised when Sotheby’s invited her to join as co-chair of Asia when she retired from her banking career as the connection was not obvious to me. Now I understand, of course, HQ [the headquarters] had their sights on expanding the region and taking it from a small auction outpost to the multi-department auction behemoth and revenue driver that it is today.

From the mid-1990s through to the 2000s, we saw the growing importance of Asian bidders in different collecting categories and introduced auctions of those categories to Hong Kong. Western jewelry, watches, wine, modern Chinese paintings (as a separate category first in Taiwan and then in Hong Kong), Southeast Asian art (first in Singapore and then consolidated in Hong Kong), and contemporary Chinese art was also split from modern Chinese in 2004.

While the financial crisis from 2008 to 2009 set Europe and the U.S. back, the emergence of mainland Chinese buyers in 2001 totally changed the market. I remember that was the year when Chinese paintings became the largest collecting category by value across the houses.

Forever Lasting Love by Chinese artist Zhang Xiaogang, on show at the press preview of Sotheby’s auction of the Ullens collection in Hong Kong in 2011. Photo by David Wong/South China Morning Post via Getty Images.

I think the three most defining sales of contemporary Chinese art were Contemporary Art Asia in New York in 2006; the Estella Collection in Hong Kong in 2008; and the Ullens Collection in 2011. We saw the emergence of this new category at auction in 2004. Collectors in the U.S. and Europe were the main drivers in 2006, but we literally saw the shift by 2008, which coincided with a softer U.S. market, of strong Chinese bidding. By 2011, that changeover was complete. I had the privilege of working with the late legendary collector Budi Tek across these three particular sales and his grand vision and passion for the category are firmly etched in my memory.

I understood well that the bidding in Impressionist sales in New York and London was just the tip of the iceberg. I worked with New York to curate the selling exhibition “The Modern Masters” so that we could tour it to Beijing, Taipei, and Hong Kong, and allow collectors a chance to see masterpieces in the flesh. We met so many collectors who were shy to auctions and in turn learned and understood their taste and wishlists. 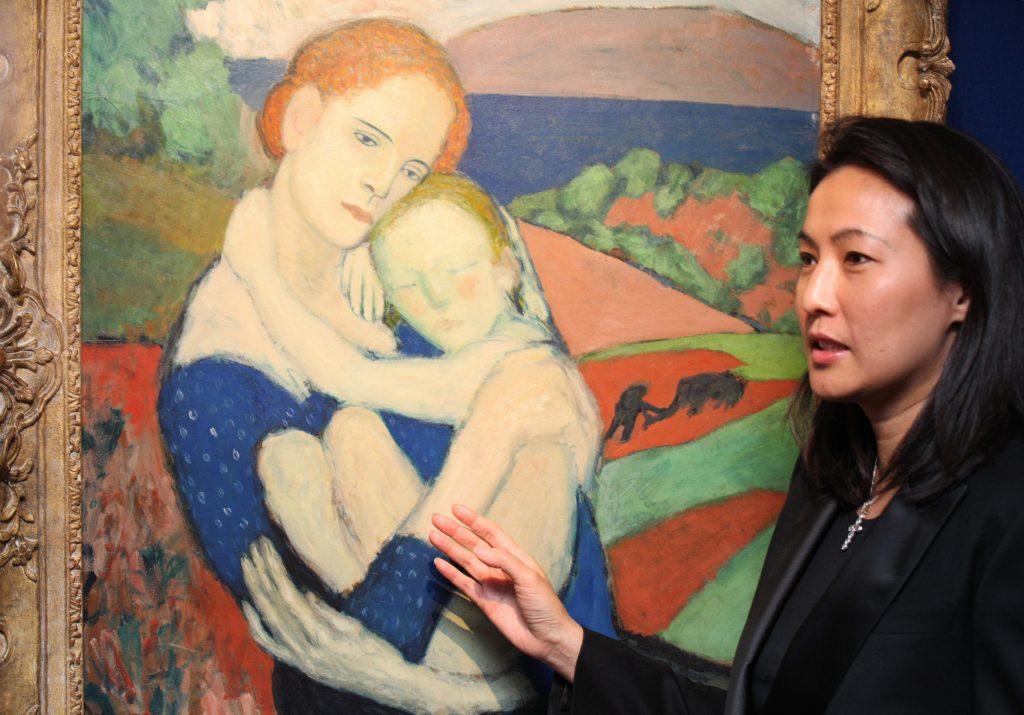 From then we saw increasing activities in salerooms in New York and London and in private sales, and in 2017 we felt ready to offer Western works in Hong Kong and made our debut with a stunning Warhol . First, we brought all the familiar names knowing [they] would have a strong following. We then expanded outside our comfort zone and tried new hot artists plus those less familiar. Ideally, we wanted to expand the regional collectors’ tastes and develop a bigger regional market.

I work with many clients who collect across the board. Collectors rarely only consider paintings in one single category without mixing. For example, many works by contemporary Chinese artists and Asian artists like Zao Wouki, Sanyu, Chu Teh Chun, Yayoi Kusama, or Yoshitomo Nara are sourced from U.S. and European collections [that contain] predominantly Western art.

You are right. We saw exponential growth in younger bidders (those under 40) since the introduction of online sales and categories such as sports memorabilia, sneakers, handbags, and other collectibles. That is the fasting growing market right now. But we are also seeing the same happening outside Asia and also buyers moving into contemporary art, watches, and jewelry.

My advice to young art buyers is not to buy into a fad, that it is very different to a trend, so do your research and due diligence.

It is very important not to rely on a single market. The reason why we have been so resilient as a business is the diversity. Sotheby’s is keenly focused on cultivating new collectors in the region, and is actively expanding in Singapore, Thailand, Seoul, and Vietnam—all of which are very important to that overall strategy. China is a huge huge market in itself. While Sotheby’s has very strong participation from mainland buyers in our sales internationally, the domestic market is relatively untapped due to restrictions imposed on international auction houses. [Sotheby’s entered a joint venture with the state-owned Beijing GeHua Art Company and held a sale in Beijing in 2012, but it has not held a sale on the mainland since an auction in 2015.]

Sotheby’s learned much about the domestic market in Taiwan and Singapore when we held auctions there. We now see Singapore as a hub for Southeast Asia—Indonesia, Vietnam, Thailand, and Malaysia, much like Hong Kong is to greater China. 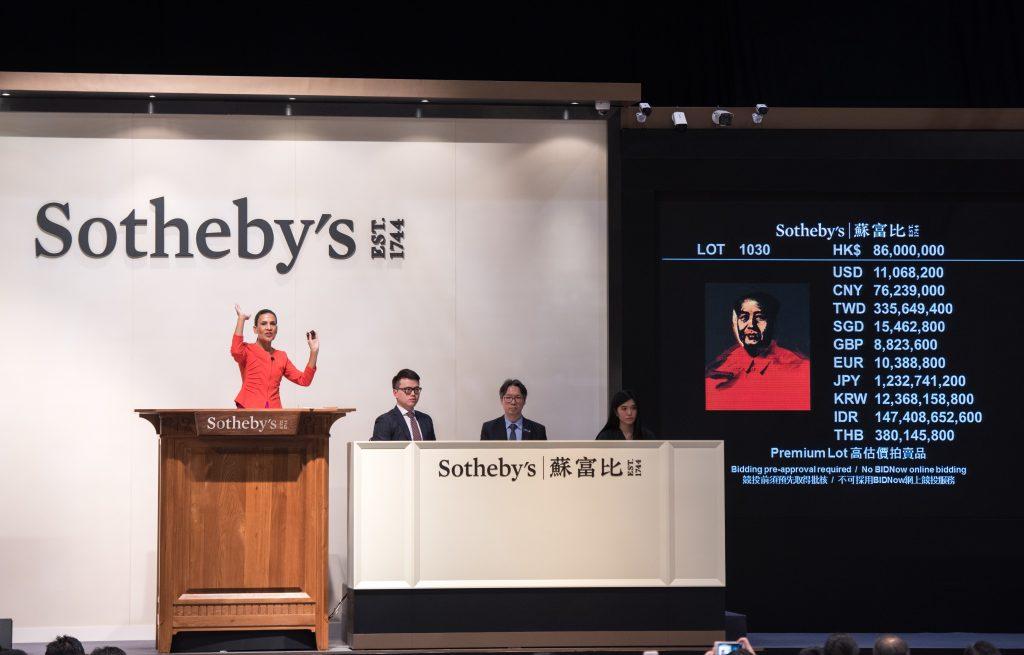 The growth we have seen in the Asian art market in the last 30 years, in parallel to the time I started as an intern at Sotheby’s in 1991 to being its Asia chairman in the last 17 years meant I was right in the center of it. The unique tax advantage Hong Kong offers contributed much to the success of it becoming an auction and art trading hub. With it grew support services like art warehousing, art handlers, a transparent and international legal system, and a very high standard of business ethics.

Sotheby’s is the perfect training ground and I do not think anyone can argue otherwise. I joined 31 years ago with much enthusiasm and willingness to work hard but I owe everything I managed to achieve through the opportunities Sotheby’s offered me. I was the lone Chinese employee in New York and London for a long time. Times are very different now. We’re seeing many young talents coming out of the region with fantastic opportunities open to them; many have been identified and trained by me in the last 10 years. My advice to people wanting to join the business would be to think big and have a global vision. But the hard working part is still key!

As artists’ information is now widely available and accessible, with auction houses, galleries, and art fairs working hard to cross-sell, I hope we also have the support of the established museums to host exhibitions of artists not only familiar to the local market but of Asian masters who deserve more global attention.

I have enjoyed the last 31 years tremendously and leave with no regrets. I have achieved the personal goal I [shared with] the company 25 years ago: to make Sotheby’s Hong Kong an equal third to New York and London and to make Hong Kong the crown jewel of Sotheby’s. It is now time for a new chapter for me and I will be sharing news soon!