Home News The Royal Collection’s list of paintings acquired in the first 50 years... 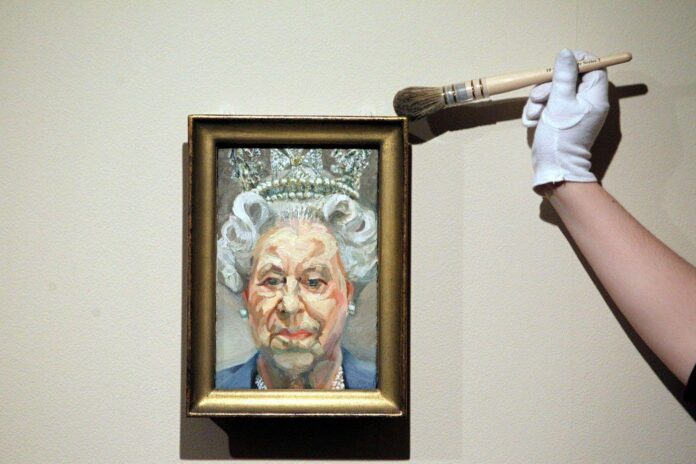 The Royal Collection has traditionally kept rather quiet about its purchases, preferring to buy discreetly. But to mark the golden jubilee, The Art Newspaper set out to discover what pictures have been added by the Queen during her reign. Thanks to a welcome new openness, the Royal Collection assisted, providing a full list, amounting to 20 works.

Twenty pictures in 50 years is a fairly modest record, considering that the Royal Collection comprises 7,000 paintings. Some might argue that the collection is quite large enough already, but additions are important to reflect a living institution. Only two of the acquisitions are portraits of the Queen—one done in the year of her coronation and the other shortly before her golden jubilee. Although the Queen has been portrayed in hundreds of portraits for other institutions, it is perhaps surprising that no more have been done for the Royal Collection—and there are none of the Duke of Edinburgh or Prince Charles. Two other portraits were commissioned of distinguished courtiers: Lord Airlie (Lord Chamberlain 1984-97) and Sir Robert Fellowes (Private Secretary 1990-99). All the remaining 16 acquisitions (including a pair of pendants) were historical portraits.

Of the 20 pictures, eight were bought at auction, six from dealers, three were commissioned, two were donated or bequeathed and one came from a cathedral. In financial terms the outlay must have been relatively low. The most recent purchase has been Wilkie’s portrait of Sir William Knighton, bought last year at Christie’s for £16,450. We have not calculated the total spent, but in the entire reign it is unlikely to have amounted to more than a few hundred thousand pounds.

Although the scale of acquisitions may be modest, no reigning monarch has done much better since Queen Victoria, and the record under Edward VII, George V and George VI was equally disappointing.

The Royal Collection operates on income from visitors to the occupied palaces. Since the Royal Collection Trust was established in 1993, it has devoted most of its surplus to three main projects: the renovation of Windsor Castle after the 1992 fire; the building of the new Queen’s Gallery (which opened in May) and the new gallery at Holyroodhouse in Edinburgh (which opened last month). Under Queen Elizabeth, the main priorities for the collection have been public access and conservation, with both being energetically pursued.

Our survey is confined to paintings, and excludes decorative art, furniture, arms and armour, miniatures, drawings, books, photographs and archives. In many of these fields, more resources have been devoted to acquisitions, particularly for works on paper (2,000 works) and the decorative arts (100 items). A selection of these acquisitions is included in the current Royal Treasures exhibition at The Queen’s Gallery, such as the Hoskins miniature of Queen Henrietta Maria, the Scheemakers bust of Frederick, Prince of Wales, and the 16th-century Hutton Cup. Nevertheless, in 1993—the only year for which figures were published—a total of only £39,557 was spent on all additions, a tiny amount for the world’s finest private art collection, covering the entire spectrum of the visual arts.

It should be stressed that Queen Elizabeth, the Duke of Edinburgh and Prince Charles also have their own private art collections, and some of these works may well eventually pass to the Royal Collection. This now seems the likely outcome for most of the art treasures of the Queen Mother, which were bequeathed to the Queen.

Nevertheless, the modest scale of Royal Collection purchases under Queen Elizabeth raises the question of whether it should merely fill the occasional historical gap when works come up for sale—or should it set out to acquire relevant examples of modern British art? The two recent portrait commissions of courtiers, and even more so the donation of the Freud portrait, may perhaps turn out to be the first tentative steps towards a more ambitious collecting policy.

Prince Charles once pointed out that much of the fascination of the Royal Collection lies in the way that “each monarch has commissioned contemporary artists to record various aspects of their lives: important family occasions, their children, dogs, horses, friends, great statesman and national events.” Future generations will regret that Charles and Diana were never depicted in a double portrait for the Royal Collection. The hope must remain that pictures from the private family collections may eventually enter the Royal Collection.