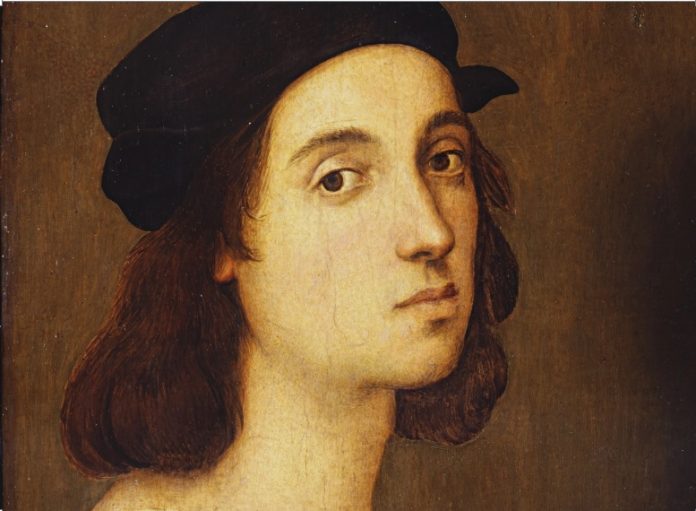 Raphael’s reputation as an unruly lover has long been fuelled by the myth that the Renaissance artist died of syphilis in 1520 at the age of 37. However, 500 years after his death, medical researchers have finally eradicated this legend.
Last week an interesting article was published in the magazine “Internal and Emergency Medicine”, that publishes the Italian Society for Internal Diseases. It suggests that Rafael died of lung disease. Researchers from The University of Milano-Bicocca who wrote the report claim that doctors misidentified the artist’s disease. They treated the febrile artist by bloodletting with incisions or leeches – and this most likely accelerated his death, rather than contributing to his recovery.

“We are sure that the bloodletting brought Rafael closer to death,” said Michel Augusto Riva, one of the authors of the study, in an interview with the Guardian. – Doctors of that period often practiced bloodletting to treat various diseases, but it is not usually used for lung diseases. In Raphael’s case, he did not explain the origin of the disease or his symptoms, so the doctor used the bloodletting incorrectly.

Riva and his team rely on the description of Rafael’s death by Italian art historian Giorgio Vasari. He testifies that the Pope sent the best Roman doctors to look after the sick artist. But, trying to hide his romantic exploits, Raphael did not tell them about his “frequent night walks in the frost” to mistresses, writes Vasari.

“Raphael’s death was caused by a medical mistake and his own unwillingness to tell the true cause of the disease,” Riva concluded in an interview with AFP. (Good lesson: tell your doctor the truth!).

The real cause of Raphael’s death was lung disease. Riva called it “very similar to the coronavirus we’re seeing now”. Among other things, it caused a constant fever.

At the time of his death, Rafael Santi was one of Europe’s most famous artists. Today he is considered one of the three most influential artists of the era, along with Michelangelo and Leonardo da Vinci.

The Scuderie del Quirinale Gallery in Rome is now hosting a comprehensive and unique retrospective of the artist’s work to mark the 500th anniversary of his death.

Helen - August 13, 2020 0
The history of the formation of one of the most successful artists of our time in the form of a comic will be available...