Home News The U.S. Dollar Is the Strongest It’s Been in Two Decades. So... 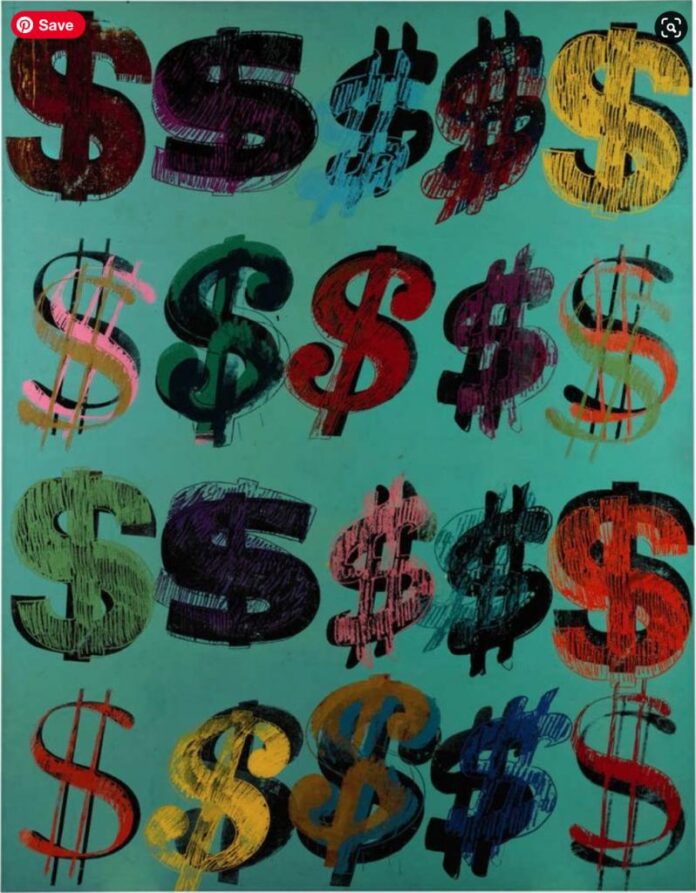 The U.S. dollar is the strongest it has been in two decades. What does this mean for the art market?

I began thinking about this as the greenback reached a 20-year record against a basket of currencies, including the euro and the British pound. The U.S. Dollar Index is up 10 percent so far this year.

The ascent “has left a trail of devastation,” Bloomberg reporters wrote this week, citing the rising costs of food imports, deepening poverty around the world, and the toppling of Sri Lanka’s government. Global corporate giants from Netflix to Johnson and Johnson blamed the strength of the dollar for significant revenue losses during their second-quarter earnings. The Japanese yen has plunged to a 24-year low.

The dollar’s strength is the result of the Federal Reserve’s attempts to stall the inflation by raising interest rates, with the latest hike yesterday. It’s also one of the key economic indicators that can impact the art trade. With a record $2.7 billion in auction sales in New York in May and a second-quarter slowdown in Asian buying, there are signs that the art market has topped out. Concerns about the recession in the broader U.S. economy loom large.

In the art market, “there will be an impact from these pretty big fluctuations, for sure,” said David Schrader, Sotheby’s private sales czar and former managing director at JPMorgan Chase and Co. “You may see more participation by Americans in the London and Paris sales than we’ve seen in the past if the currency strength maintains.”

Schrader said he vividly remembers the impact of the collapsing Sterling during the Brexit referendum in June 2016, which bisected two weeks of London auctions. “All the American clients were like: ‘This is amazing! Things just got 25 percent cheaper,’” he said.

America has been the largest art market for decades, and its buying power only grew more this year. Yankee buyers represented 44 percent of the $3.5 billion in global auction sales at Christie’s in the first half of 2022, the highest percentage in seven years, according to Bonnie Brennan, the company’s president of the Americas. 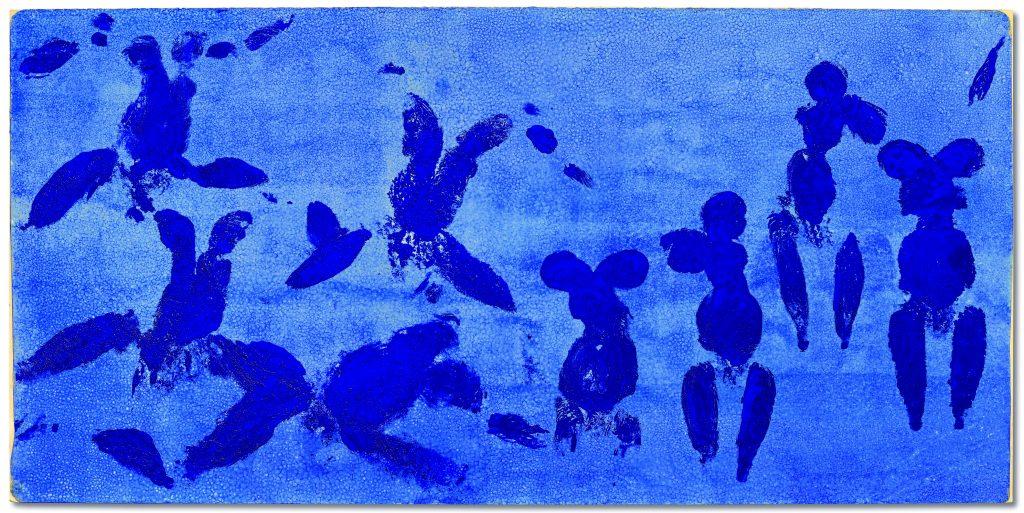 American buying outside of the United States was up 35 percent compared to the same period in 2021, she said. Paris, for instance, saw a 62 percent spike in American bidding and buying from a year ago, boosted by the Givenchy auction that celebrated ‘le gout Francais” or the French taste. In London, an American buyer snapped up a large-scale painting by Yves Klein for £27.2 million, up from the presale estimate of £24 million, the third highest result of the evening sale of 20th- and 21st-century art. (Prices include fees, estimates don’t). That’s $33.4 million on June 28, the day of the evening sale in London. A year earlier, the same price in pounds would have meant $37.8 million for an American buyer, or $4.4 million more.

Anecdotally, Americans are spending more money than ever in European stores, hotels, and restaurants, said Schrader, who was recently on the continent. Should the dollar remain strong, it’s easy to see how this mentality could spread to art at upcoming fairs such as the nascent Frieze Seoul in early September as well as Frieze London and the first iteration of Art Basel in Paris. “American collectors are still the engine,” said Jean-Paul Engelen, president of the Americas and worldwide co-head of 20th-century and contemporary art at Phillips. “This could be an opportunity for them.”

It’s worth keeping in mind that while the dollar is the main currency of the art trade, artists often prefer to get paid in their local currency regardless of where the work is being sold. So if you buy a painting by an American artist from a Belgian gallery, you pay in U.S. dollars.

Which means that non-U.S. collectors would be looking at a premium just on the currency basis. How significant is that?“For the .1 percent, which is the only one able to afford this art, the U.S. dollar is already part of the global wealth management,” said Belgian collector Alain Servais. Whatever they lose on their local currencies can be made up from their investments in the U.S. currency.

Which is why the currency is the least of Servais’s problems, as far as buying American art goes.

“I am much more concerned by the cost and challenges of transport, which is now prohibitive and much more costly than the 10 percent rise in the U.S. dollar,” he said.

Shipping prices at least doubled since before the pandemic, according to collectors and advisors. “Maybe the strength of the dollar is somewhat counteracted by the exorbitant increase in cost for crating and shipping,” said Allan Schwartzman, a New York art adviser.

At the masterpiece level, currency fluctuations may matter even less because of the wealth of the buyers as well as the rarity of the material, according to David Nahmad, the patriarch of a powerful art collecting family and a known currency trader.

“If you offer me a great Picasso, I won’t ask you if it is in Swiss Francs or U.S. dollars or British pounds,” Nahmad said. “I will buy it no matter what. And I am not going to stop because of a 10 percent devaluation or appreciation.”

Much more important than the exchange rate is the supply of top-quality material.

“There’s a shortage in supply,” he said. “It’s almost impossible to get great collections.”

The strength of the U.S. dollar may positively impact the blue-chip segment of the market, according to auction executives. “We can see a consistent correlation: strength in the dollar and strength at the very highest levels of the market,” Christie’s Brennan said. “The dollar is the world’s most important currency. It’s safe, it’s stable. As it goes up, we may see a parallel in the art world with more established and tested artists as opposed to new emerging artists. Like a flight to quality.”

But some wealthy art buyers aren’t looking at art at all yet to take advantage of the currency arbitrage.

“In my mind real estate would be a better arena to get a deal on the dollar strength,” said Evan Ruster, a New York-based art collector and commercial real estate broker. “Find me a house in southern Italy please.”