Home News The World’s Oldest Bridge to be Preserved by the British Museum’s Iraq... 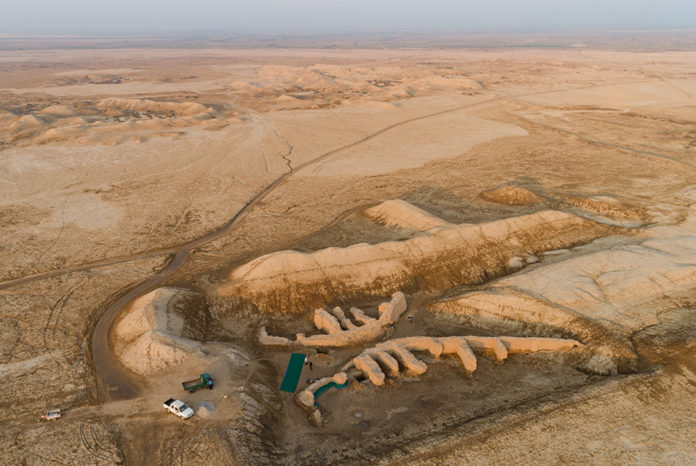 The world’s oldest bridge is to be saved for future generations thanks to a pioneering project as part of the British Museum’s Iraq Emergency Heritage Management Training Scheme. The bridge at Tello, in the south of Iraq, was built in the third millennium BC and will be preserved by British Museum archaeologists and Iraqi heritage professionals who are being trained to protect ancient sites that have suffered damage at the hands of Daesh (or the so-called Islamic State). Working with the Iraq State Board of Antiquities and Heritage, it is hoped that restoring the 4,000-year-old bridge will be a potent symbol of a nation emerging from decades of war and could one day lead to the site welcoming tourists from around the globe to learn about Iraq’s rich heritage.

The bridge will be restored in the latest phase of the successful Iraq Emergency Heritage Management Training Scheme, or simply ‘Iraq Scheme’, created by the British Museum. The Scheme sees the British Museum provide state of the art training to Iraqi archaeologists, so that they can stabilise, and potentially rebuild, heritage sites that were damaged or destroyed by Daesh as they come back under Government control. The work to conserve the bridge will be part of the fourth phase of the Scheme, with field training of two groups of trainees beginning in the autumn. These latest trainees are the first female archaeologists to be trained as part of the Scheme.

The project will also see the creation of a visitor centre at the site, which it is hoped will lead to the return of international tourists to the region, who stayed away during the war with Daesh. With the new visitor centre, which will explain in both English and Arabic how the bridge has contributed to world history, it is thought tour groups from outside Iraq could begin to visit the site by 2020. 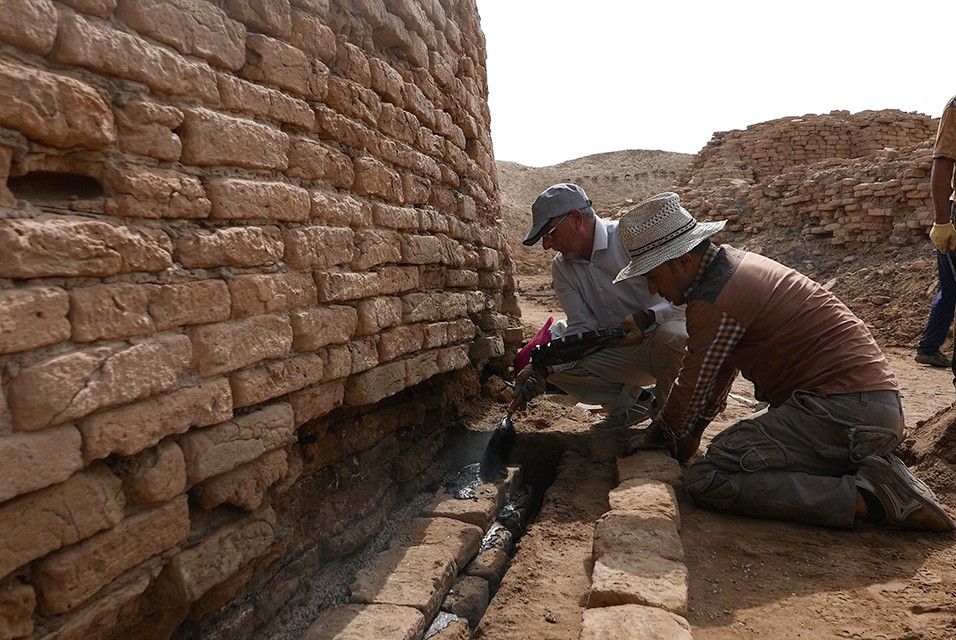 Sebastien Rey, Lead Archaeologist, Iraq Scheme says: “This is a hugely important project to ensure the long-term sustainability of the world’s oldest bridge, which is an incredibly clever piece of ancient engineering on a grand scale. The full conservation programme will not only provide access to the site for the local community and tourists, but it is hoped that it could yield unprecedented finds that may lead to a new cultural centre of interest in the region – one of the poorest provinces of Iraq. It is also an important emblem of Iraq’s heritage and restoring the bridge is a symbol of a brighter future for the Iraqi people.”

Built for the ancient Sumerian city of Girsu, the bridge was only rediscovered in 1929. Described at the time as an ‘enigmatic construction’, it has been variously interpreted as a temple, dam, and water regulator. Recent studies using 1930s photographs as well as recently declassified satellite imagery from the 1960s, alongside new research at the site, have led to the confirmation that it was a bridge over an ancient waterway and it is, to date, the earliest-known bridge in the world. Since the excavations nearly 90 years ago, the bridge has remained open and exposed, with no identifiable conservation work to address its long-term stability or issues of erosion, and no plans to manage the site or tell its story to the wider world.