Home News The World’s Oldest Sentence Written Using an Alphabet Is a Warning About... 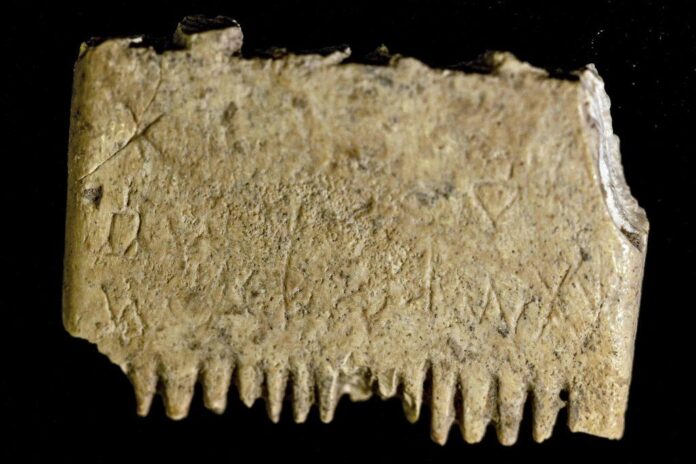 If you expected humankind’s earliest scribes, when they first began writing with the alphabet, to record some kind of generational wisdom or an important message meant to be passed down through the ages, you would be wrong.

The oldest decipherable full sentence in an alphabet ever found, dated to 1,700 B.C.E., is inscribed on a tiny ivory comb unearthed in 2016 at the Tel Lachish archeological site in central Israel. The faint letters read: “May this tusk root out the lice of the hair and the beard.”

“People kind of laugh when you tell them what the inscription actually says,” one of the archaeologists on the project, Michael Hasel, of the Southern Adventist University in Tennessee, told the .

But the message is also remarkably relatable—especially for parents of small children. 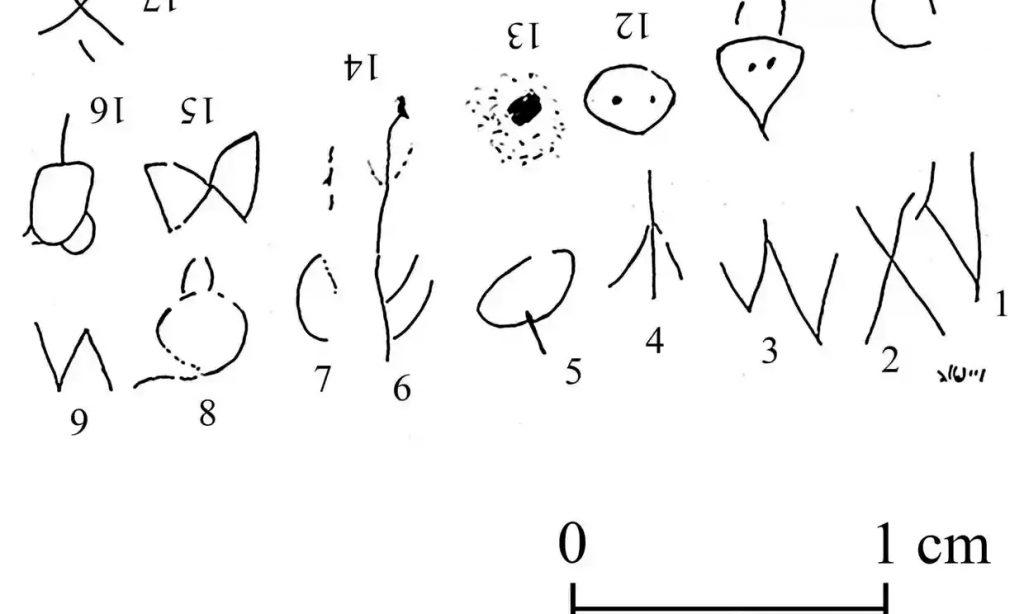 The inscription on the ancient ivory comb, dated to 1,700 B.C.E., reading “May this tusk root out the lice of the hair and the beard” in the Canaanite alphabet, the oldest known sentence written using an alphabet. Image by Daniel Vainstub.

“Nothing like this was found before. It’s not the royal inscription of a king… this is something very human. You’re immediately connected to this person who had this comb,” Yosef Garfinkel, a professor of archaeology at the Hebrew University of Jerusalem, told CNN.

The words were written by the ancient Canaanites, a Near Eastern peoples who developed the earliest alphabet, an ancestor of our modern-day Latin letters. There were earlier forms of writing, with Mesopotamia cuneiform and Egyptian hieroglyphics emerging around 3,200 B.C.E., but those were pictorially based systems with hundreds of letters.

The development of the Canaanite alphabet, with its comparatively small number of letters that corresponded to basic spoken sounds, or phonemes, was a groundbreaking moment in human history. Because each letter matched one sound, reading and writing became easier to master, simplifying written communication for the masses in much the same way as the printing press or the internet did many generations later. 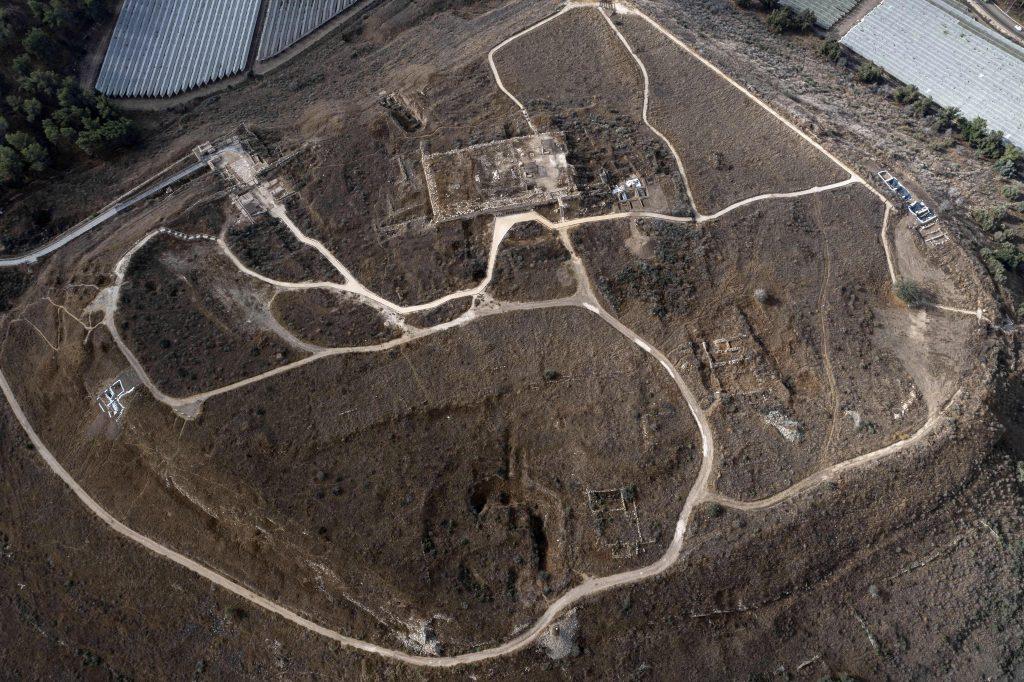 An aerial picture shows the Tel Lachish archeological site, a Canaanite city, where an archaeologists discovered an ivory comb with an inscription that is the oldest known sentence written in an alphabet. Photo by Menahem Kahaha/AFP via Getty Images.

“Nowadays, every person in the world can read and write using the alphabet system. This is really one of the most important intellectual achievements of humankind,” Garfinkel added. “When you are writing in English, you’re really using Canaanite.”

This new kind of writing first appeared around 1,800 B.C.E.—centuries before the Phoenicians, often credited with inventing the alphabet, began to standardize letter forms around 1,100 B.C.E. Archaeologists have identified Canaanite letters on artifacts before, but this is the first time anyone has found a full sentence in the alphabet.

The ancient message on the comb could have easily gone unnoticed. Archaeologists initially mistook the diminutive artifact for a bone because it was covered in dirt, and many of its teeth were broken. And for half a decade, it languished in storage, forgotten until parasitologist and archaeologist Madeleine Mumcuoglu, of the Hebrew University of Jerusalem, put it under the microscope for the first time. 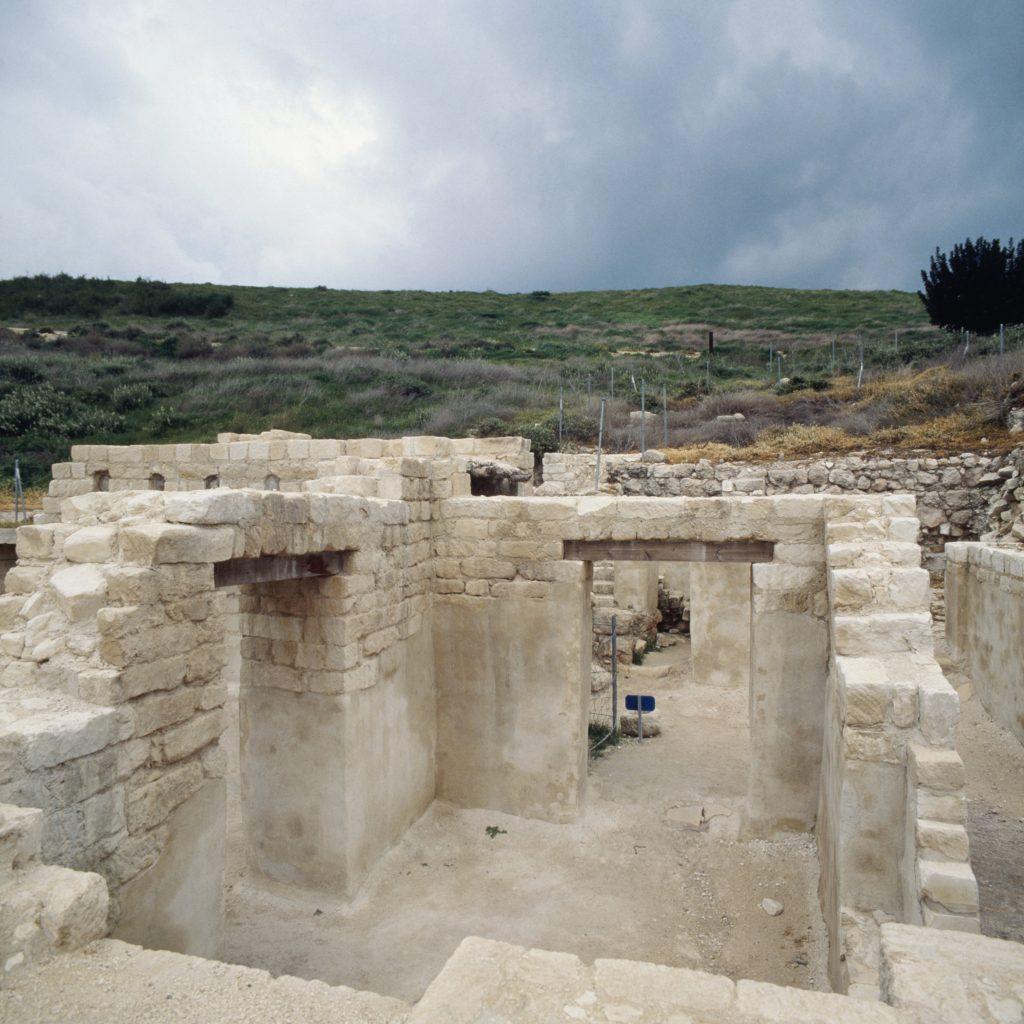 Excavations at the Tel Lachish archaeological site, Israel, in 2015. Photo by DeAgostini/Getty Images.

Examining the teeth, she found traces of ancient head lice, the tough outer membranes of the species in its nymph stage. But Mumcuoglu also took a quick iPhone photograph of the artifact as a whole and suddenly realized there were letters carved into its handle.

She, Garfinkel, and Hasel sent the comb to Daniel Vainstub, a paleographer at Ben-Gurion University of the Negev in Israel to try and decipher the overlooked message. All four are among the coauthors of a new study published in the about the significance of the comb and its 17-letter, seven-word inscription.

Scientists were not able to use radiocarbon dating or DNA testing to date the comb, but experts believe, based on comparison to other artifacts with Canaanite lettering, it was made around 1,700 B.C.E. 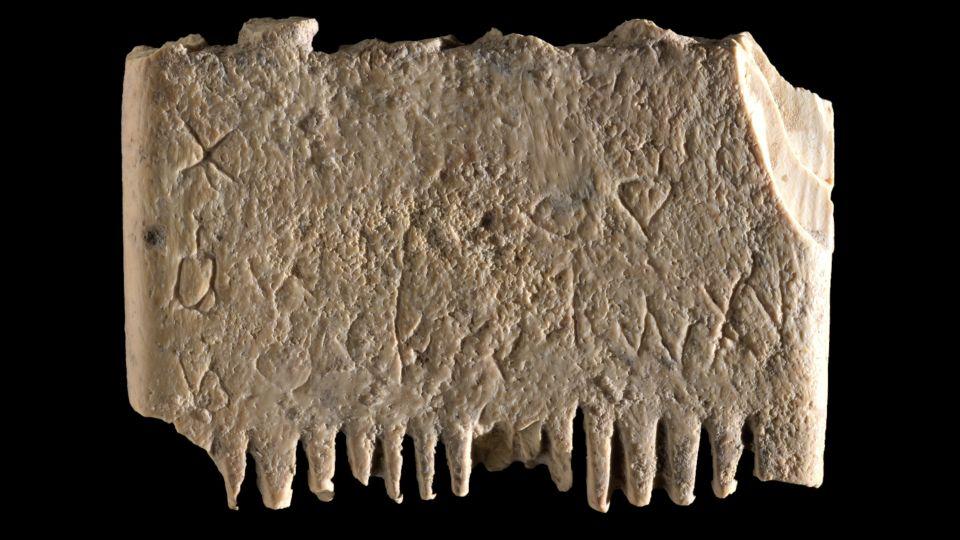 This ancient ivory comb, dated to 1,700 B.C.E., bears an inscription in the Canaanite alphabet that is the oldest known sentence written using an alphabet. Photo by Dafna Gazit, courtesy of the Israel Antiquities Authority.

The double-sided comb has six widely spaced teeth on one side (all now broken) and 14 narrower ones on the other to both detangle hair and remove tiny lice and eggs from the scalp. It measures just 1.4 inches by 1 inch.

Made from imported ivory, it would have been an expensive luxury at the time of its creation. But, as the inscription makes clear, even immense wealth couldn’t protect the ancients from unwanted pests.

“You have a comb and on the comb, you have a wish to destroy lice on the hair and beard. Nowadays, we have all these sprays and modern medicines and poisons,” Garfinkel told the . “In the past, they didn’t have those.”

From Dora Maar’s photograph of Picasso to Chagall’s depiction of wedded bliss: our pick of the highlights from June’s sales