Home News Things You Should Know About… Invader 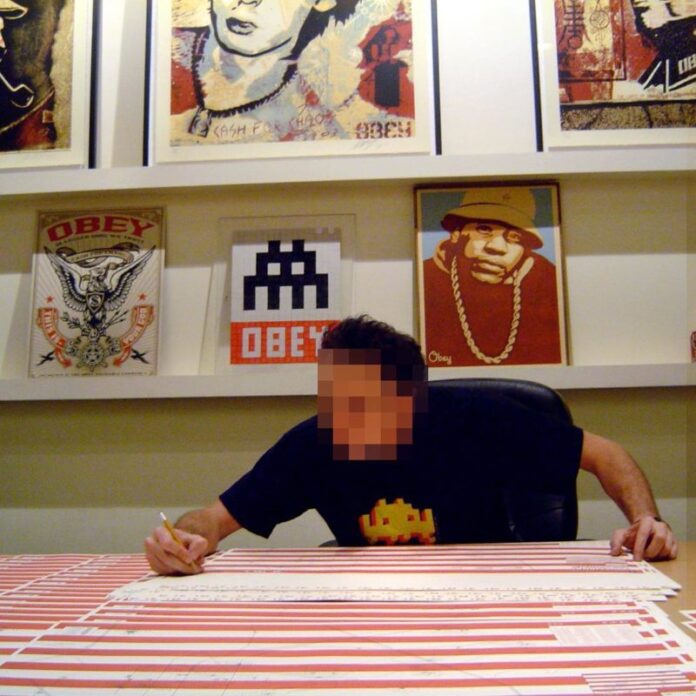 Space Invader is a street artist’s pseudonym. He took it from a very old video console game. These games were popular in the late 70s and early 80s. It is believed that Invader artist comes from France, but this is not known for certain. He calls himself a “public space hacker” and UFA, Unidentified Freelance Artist.

The adventure began in the mid-90s. Then, this man developed an invasion program and began to implement it. Space Invader artist is working on an unscheduled change in urban design within the game. He believes that in this way the art and personality of the creator can be set free from the framework of conventions.

Unlike his street art counterparts, the Invader artist does not use paint, but ceramic tiles. Each tile becomes analogous to a pixel in computer graphics. He does not leave drawings or inscriptions, but a mosaic, which is most often a portrait of fantastic space characters from games or films. However, there are also separate collections of bad people and attempts to reproduce the masterpieces of painting.

Invader artist works in a mask, at night. Residents of the city are informed about the plans to “invade” the city in advance. Lists of “invaded” cities are published on the website, separate brochures are published on this occasion. These ‘invasions’ began in Paris in 1998 and quickly spread to other cities in France. His works have now appeared in more than 30 countries around the world, most famously on the ‘D’ of the Hollywood sign, placed there on New Year’s Eve 1999.

From time to time, his works get to exhibitions, and their mysterious author can be present there in a mask, and no one will even guess who he is. He works nights, wears a mask, and insists on having his face pixelated for the rare appearances he makes in front of the camera, as shown in Banksy’s famous documentary Exit Through the Gift Shop (The Invader is the cousin of the film’s protagonist, Thierry Guetta, aka Mister Brainwash).

Invader artist was arrested for his interference and banned from several countries. But he is assured that making art is unlikely to carry the death penalty.

The artist works in a style that he founded by himself. It was called Rubicubism. It cannot be said that the style has very many followers, but from time to time someone tries to become an imitator. Since 2004, he has been creating artworks using Rubik’s Cubes, an art form he calls ‘Rubikcubism’. Invader has had solo shows in France, the USA, Japan, Hong Kong and Australia.