Home News ‘This Is the Essence of Life’: Watch Artist Wolfgang Laib Meditate Over... 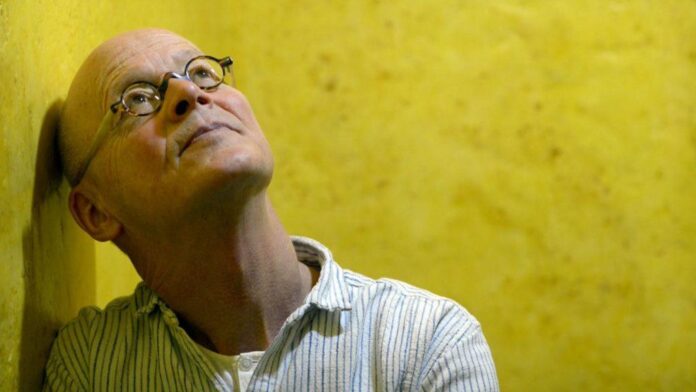 For the first time in more than 20 years, German artist Wolfgang Laib is returning to the U.K. with a solo exhibition. The show, titled “Wolfgang Laib: City of Silence,” is on view at Thaddaeus Ropac gallery in London through October 3, 2022. It features new work that builds on themes the artist has explored throughout his career, including Minimalism, Taoist teachings, and the natural world.

Using materials like pollen, beeswax, milk, and rice, Laib constructs sculptures in the shape of ziggurats and temples, inspired by his travels to the Middle East, India, and Southeast Asia.

In an exclusive interview filmed back in 2014, as part of Art21’s Art in the Twenty-First Century program, the artist discusses bridging the gap between contemporary and ancient life through his meditative, spiritual artworks. “For me it was always very beautiful that you can do something today, in the 21st century, which is not an imitation, but which has a connection to art which is 4,000 years old,” Laib says, describing his beeswax sculptures, which nod to Mesopotamian step pyramids.

Laib uses materials that evoke the life cycles of the natural world, making painstaking installations with the reverence of a monk, which he says “is something totally different than what our society thinks of what you should do or what you should achieve in an hour or in a day or in a week or in a month.” Nonetheless, the artist says, “I felt this is the essence of life and this is something which holds the world together.”

Daniel H. Weiss will step down as president and chief executive of the Metropolitan Museum