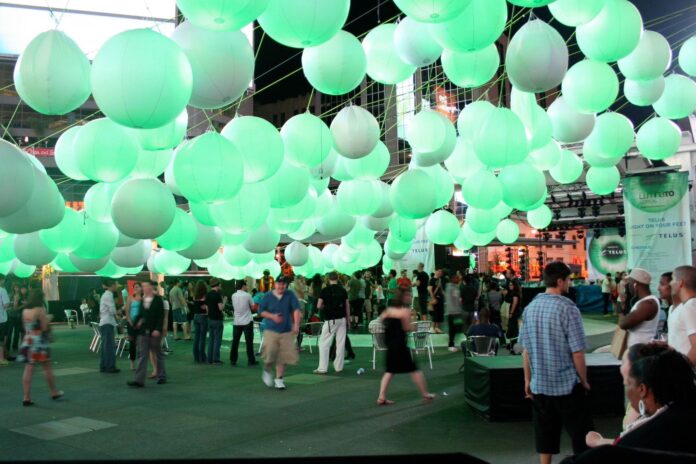 An ambitious multimedia experience exploring the importance of water within an Indigenous context has become a cautionary tale about bureaucratic ineptitude, miscommunication and well-meaning but problematic efforts at reconciliation in Canada.

The project in question was first initiated in 2016 as a collaboration between the British artist Amy Sharrocks (who just received a six-figure settlement from the Tate after she made claims of harassment and discrimination), her Museum of Water initiative and a collective comprised of Indigenous artists and curators Sara Roque, Leslie McCue and Elwood Jimmy. It was to involve a series of live and virtual events during the run of Luminato 2022 (9-19 June) under the moniker Museum of Water, or simply Um of Water. It had a budget of C$156,000 ($121,000). But, days before the project’s debut, it was abruptly cancelled.

As documented in a recent Toronto Star feature, the saga of the cancellation of Um of Water is nothing if not a national metaphor. Canada’s lack of access to clean safe drinking water on First Nations reserves is considered a violation of United Nations-recognised rights to water and sanitation. There are currently 34 long-term drinking advisories on reserves—some of which have been in place for over a quarter of a century. But a lack of government funding hinders attempts to improve the situation. The city of Toronto itself is bordered by Lake Ontario (Iroquois for “shining waters”), where Indigenous peoples have been “water-keepers” for thousands of years.

In one of many videos posted on Facebook at the beginning of the year promoting Um of Water, the issue of boil water advisories on reserves was addressed directly. After a soft launch in 2021, when the project’s planned debut was derailed by the pandemic, interactive online platforms were launched to increase awareness of both water and Indigenous issues.

In a statement, the organisers of the Luminato Festival—which was founded in 2007 as a means of civic revival after the SARS epidemic and sought to showcase Toronto’s diversity and creativity—took responsibility for the fiasco. “We made many mistakes in the process,” they wrote. “We did not provide the resources, support, respect and regard for community practices required to complete and present Um of Water at the level it deserves. As a result, we decided that we won’t present Um of Water at this year’s festival, and we are deeply sorry for this outcome.”

In the aftermath of Um of Water’s cancellation, new allegations of unpaid fees and a history of discrimination against Indigenous artists by Luminato in the recent Toronto Star feature and elsewhere have come to light. In a statement posted on Twitter, the Um of Water collective said they experienced “anti-indigenous racism, lack of accountability and neglect” while working with Luminato. They cited issues with late payments, lack of contracts, problems with marketing language and “a repeating pattern of harmful behaviours against Indigenous communities”.

The French and Anishinaabe artist and producer Denise Bolduc—who was involved with Um of Water early on and has worked with Luminato for five years, leading several programmes there—told the Toronto Star her experience with the festival was “consuming, intense and exhausting”. She added that the recent debacle is not the first time Luminato has fallen short in its support for Indigenous artists.

In their statement, the festival’s organisers wrote that “Luminato has internalised colonial systems and perspectives and has engaged with Indigenous artists in ways that negatively affect some members of the Indigenous arts community… We want to learn from this experience. We need to do better”. They added that the festival plans to hire an Indigenous advisor and will examine and improve its project management structures.

There may be some light at the end of the tunnel for Um of Water. According to the Toronto Star article, the collective has been approached by several Indigenous festivals that are interested in hosting the project.