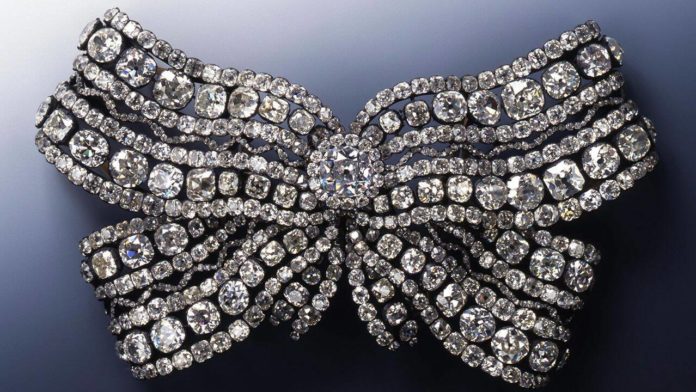 The Green Vaults Museum in Dresden (Grünen Gewölbe), which houses precious objects from the collections of electors, was boldly robbed around 5 a.m. on Monday, November 25, 2019. According to local law enforcement, the intruders set the fire at the power plant, thus pulling police forces to another facility. The final amount of damage is being determined, but it is already said that more than a billion euros worth of jewels were stolen. Today another unfortunate fact has become known – the stolen treasure was not insured. According to CEO Ackerman, the exact financial loss cannot be determined since all stolen jewelry cannot be sold in its original form. The treasure dates from the 18th century and is a legacy of immeasurable historical value. This is due to the completeness of the jewellery ensembles and the special cut of diamonds, to which Augustus the Strong attached particular importance. Saxon rulers always competed with the French royal court, and Augustus tried to outdo Louis XIV, nicknamed “King Sun”. It’s a palm leaf-shaped brooch made of 83 diamonds. Photo: AP A necklace of 177 pearls mined in Vogtland waters before 1734.
Photo: AP The sword with sheath is decorated with nine large and 770 smaller diamonds. Photo: AP

It’s a palm leaf-shaped brooch made of 83 diamonds. Photo: AP

Some of the stolen items are likely to be destroyed for gems.

A total of ten jewellery sets were displayed in four showcases of the hall where the robbery was committed. The intruders chose that showcase, where three ensembles were displayed. Dirk Syndram, Director of Green Vaults, noted that there is not a single collection of jewelry sets in the European museum collections that will be preserved in such quantity and quality. Showcase of the museum “Green Vaults”, which was opened by robbers.
The intruders used a burning car as a distraction – a fire broke out in an underground parking lot a few miles away from the museum. To get to the treasure, the thieves broke a glass protective window. At the same time, the museum security service was always in the building, and the police arrived at the scene within 10 minutes. As the museum workers note, the legendary Green Diamond was not damaged – it is currently exhibited at the Metropolitan Museum of New York. However, even having sawed such a stone, it seems impossible to sell it due to the rarity of diamonds of this shade. Saxon Elector Augustus the Strong (1670 – 1733) built a treasure house between 1723 and 1730. The historical part is located on the ground floor of the Royal Palace in the authenticly restored rooms of the collection. The museum is named Green Vaults after the columns of one of the halls, painted in malachite green. Many of the most famous works in the museum’s exposition were created by court jeweler Johann Melchior Dinglinger and his sons.
Title illustration: large pectoral bow of the wife of Elector Friedrich August III – Amalie Auguste. Photo: Jurgen Karpinsky / AP Photo / dpa.