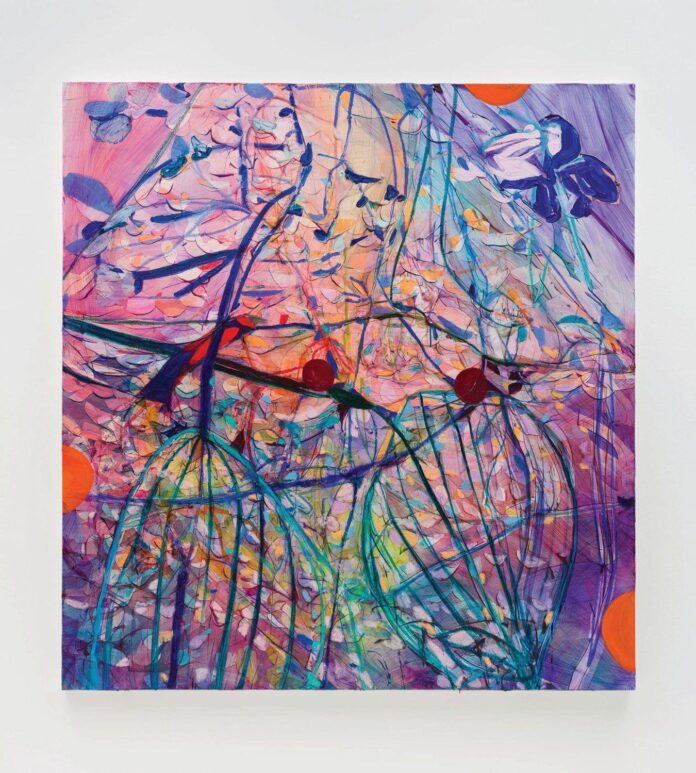 “I’m fascinated by the tempo of Grant’s mark-making—these aren’t laboured studies—and the throwaway surfaces upon which he illustrated endless sexual positions,” she says. “It’s like the Bloomsbury Kama Sutra zine made on speed, scribbled down on cigarette packets, magazine pages, cheap newsprint. I, too, work with cheap newsprint, cutting up old magazines and reconfiguring them to create new meanings and social possibilities.”

September sees a handful of such exhibitions that create a conversation between new and old work. These shows give curators the chance to stitch art and artists into a tapestry of objects, ideas and influences stretching from prehistory to the present. It is a way of teasing out similarities and differences and the push and pull between times, periods, places. “It’s exciting to think: let’s look again at this piece,” Clarke says. “To reappraise it and reposition it, and to use it as an influence on something new and exciting and vivid.”

Linder: A Dream Between Sleeping and Waking opens at Charleston in tandem with Very Private?, an exhibition that pairs Grant’s 1940s and 50s drawings with contemporary responses from six artists. Photographs by Tim Walker and drawings and watercolours by Somaya Critchlow will offer a new perspective on Grant’s intimate sketches and the continuing debates surrounding sexuality and queer bodies.

Meanwhile, at the Hepworth Wakefield, Jadé Fadojutimi will respond to the museum’s collection of Modern British art and the architecture of the building by David Chipperfield. “The design of the galleries means that there is always a very fluid relationship between the displays drawn from the collection and the temporary exhibitions,” says the museum’s chief curator, Andrew Bonacina. He first saw Fadojutimi’s work at her degree show at the Royal College of Art and was immediately impressed with her “already very confident painterly language”.

Following recent shows in London, the Hepworth Wakefield acquired Ob-sess(h)-ion (2020), a large-scale canvas comprising translucent layers of paint topped with solid circular forms. “It’s fascinating to see Jadé’s work in dialogue with sculpture by [Barbara] Hepworth, and paintings by Ben and Winifred Nicholson,” Bonacina says. “They might not be artists who Jadé references directly, but there’s a shared interest in light and line that reveals new insights into all their work.”

Parallel Lines, the title of the British artist Eileen Cooper’s first major survey, which opens at Leicester Museum & Art Gallery this month, hints at the synergies between her work and the prints, paintings, ceramics and sculptures in the collection. Cooper first visited the museum in 1980 when she was teaching in the Leicester Polytechnic fine art department and clearly remembers Red Woman (1912) by Franz Marc and Lotte Laserstein’s Self-portrait with a Cat (1928), both of which feature in the show. “Female identity has always underpinned my work and recently I’ve begun to make observational self-portraits, so it felt quite intense to see Lotte’s portrait again and to find out more about her life,” Cooper says.

Cooper’s woodcuts will be displayed with the museum’s German Expressionist prints, and rarely exhibited ceramics such as Witness II (1999) will appear alongside Pablo Picasso ceramics. Going Ape (1982) will be coupled with Concrete Cabin (1991-92) by Peter Doig, whom Cooper taught at St Martin’s School of Art. “It’s quite emotional for me to see an early painting of mine side by side with an early work by Paula Rego, whom I knew well.”

As with Linder’s installation at Charleston and Fadojutimi’s display at the Hepworth Wakefield, Parallel Lines is “about making people look again, and look differently and harder”, says the curator, Kathleen Soriano. “It’s about storytelling.”