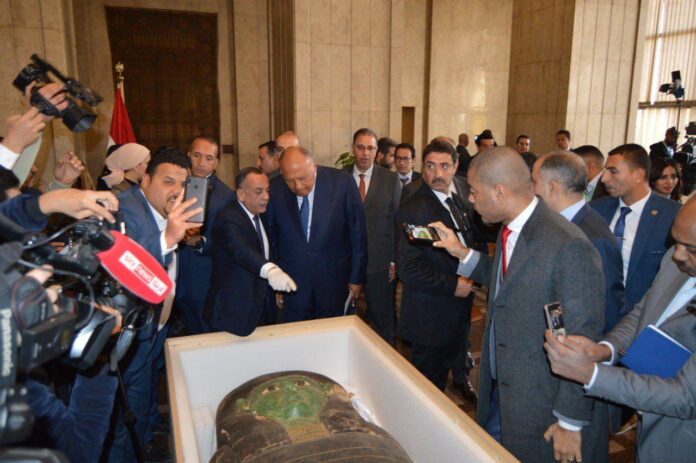 As of 2 January, the U.S. government has returned a looted wooden sarcophagus to its rightful home in Egypt. The Manhattan District Attorney’s office determined the coffin had been trafficked fifteen years ago from the Abu Sir Necropolis, an archeological locality on the western bank of the Nile River, by a “well-organized network” that smuggled the sarcophagus from Cairo to Germany en route to the United States. Before its return, the sarcophagus was even displayed at the Houston Museum of Natural Sciences. Mostafa Waziri, an official at Egypt’s Supreme Council of Antiquities, identified the object as a relic of the Late Dynastic Period, possibly belonging to an ancient priest named Ankhenmaat.

This latest repatriation effort is part of a continued campaign by the Egyptian government to obtain looted artefacts in circulation around the world. In 2021, Egyptian authorities secured more than 5,000 stolen antiquities from all over the globe.

The most expensive artwork in the world