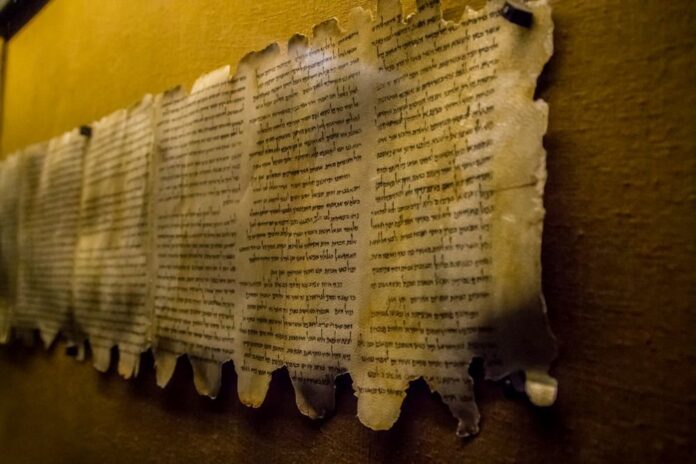 From DNA analysis and artificial intelligence to particle gas pedals, researchers rely on a wide range of advanced technologies to unravel the mysteries of the Dead Sea Scrolls.

The Dead Sea Scrolls consist of some 25,000 fragments of leather and papyrus and contain some of the oldest known copies of biblical texts created between the third century B.C. and the first century A.D. They were discovered near Qumran on the Dead Sea, as well as at other sites in the Judean Desert between 1947 and 1956.

“We’re talking about more than 1,000 manuscripts that were written at the end of the Second Temple period when Judaism and Christianity were being framed as we know them today,” notes Pnina Shor, founder of the Dead Sea Scrolls Division at the Israel Antiquities Authority, The Media Line reports. “That’s why they are so important to the entire Western world.” The condition of many of the scrolls has deteriorated to the point that their contents are no longer visible to the naked eye, but new technology is “bringing the texts to life.”

Over the past few years, major technological advances have greatly reduced the impact of certain types of analysis on the physical preservation of the scrolls. As a result, the IAA, whose mission is to find a balance between new research and preservation of the scrolls for posterity, has allowed scientists to do new work. About 30 scrolls were analyzed as part of the University of Groningen project. From the results of 25 of them a specific algorithm was derived for the paleographic analysis of the collection. Paleography is the study of ancient manuscripts and inscriptions.

In the case of the Dead Sea Scrolls, it is crucial to date the artifacts, which most scholars believe date between the third century B.C. and the first century A.D. However, several obscure points remain. “When it comes to dating the manuscripts, the problem that arises is that there are no manuscripts with a date within this period, and the few that we do have are dated to the outer ends of the timeline,” said Professor Mladen Popovic, head of the Qumran Institute at the University of Groningen and head of the project, speaking at the conference.

In the course of their research, the scientists discovered that some of the manuscripts they had already examined were older than previously thought. They also realized that scribe training had been conducted in a less standardized and consistent way than earlier experts had assumed. “In terms of manuscript dating, our model data show that there was no continuous sequence and development of writing,” Popovich said. “Writing did not develop linearly and homogeneously throughout these periods.” “Our paleographers will say they can date the Dead Sea Scrolls to within 25 to 50 years. Research has yet to confirm their model,” he said. “As we await new data in the future, we dare say we have a model that works consistently and can date manuscripts with empirical accuracy that was not possible before. This is a huge breakthrough in this field.”

Researchers of ancient writings have applied machine learning methods to study the Dead Sea Scrolls. The algorithms used resolved a long-standing dispute between theologians and scholars and concluded that two scribes were involved in writing the Great Isaiah Scroll. The methodology and results of the paleographic study are published in PLoS One. 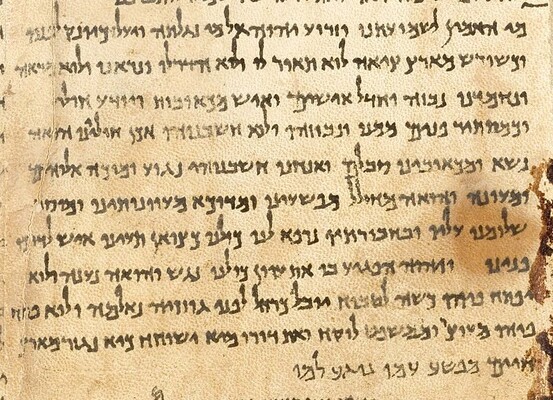 The Dead Sea Scrolls, or Qumran Scrolls, are ancient Jewish manuscripts discovered in the Judean Desert on the western shore of the Dead Sea. Since 1947, they have been found in natural and man-made caves by Bedouin shepherds. The Great Isaiah Scroll was one of the first seven scrolls found in 1947 in a cave numbered 1Q. The Isaiah scroll is referred to in scientific practice by the code 1QIsaa. The parchment is 734 centimeters long and 27 centimeters wide and contains 54 columns of text. Scholars date the manuscript to about 125 B.C. The text is in Hebrew and includes all 66 chapters of the Book of Isaiah. Yeshayahu (the Hebrew name for Isaiah) is one of the four major prophets revered in Judaism and later in Christianity.

In ancient times, the scribes who worked on parchment manuscripts did not leave any information about themselves; the scrolls that came out from under their pens were anonymous. But paleographers need information about the personalities of the scribes, the culture, and the rules and techniques of scroll-writing. This knowledge is key to understanding the evolution of ancient literary works, their transformation into biblical books, and to understanding the canons of religious text creation.

A team of scientists led by theologian and historian Mladen Popović at the University of Groningen used neural networks to identify the scribes involved in writing the Great Isaiah Scroll as part of a research project called The Hands that Wrote the Bible. With the help of machine learning, they had to study the texts on ancient parchments and find out how many people took part in the creation of the manuscript.

A neural network was taught to separate the text (ink) from the parchment. Textural features were extracted using pattern recognition methods, and allographic (outlining) features were extracted using neural networks. Handwriting styles were converted into feature vectors of the ink outlines of the letters. Scribes’ physical actions, such as pressure on the pen or the way of hand movement, were transformed into quantitative elements. The statistical significance of the obtained data was assessed according to several criteria.

A statistically confirmed probability was obtained that there are two clusters of data with a different writing style. The change occurs in the area of columns 27-29 of the text. Although there is a common writing style and handwriting similarity in the Isaiah scroll, the assumption that two different people worked on the manuscript has been confirmed. Although one scribe copied the style of the other to maintain consistency, the analysis tools were able to identify differences.

They plan to apply the prospective method to other Dead Sea Scrolls. Perhaps it will allow for the identification of training sites and the identity of the scribes.