Home News Van Gogh in 2023: a bumper year of exhibitions, openings, books and... 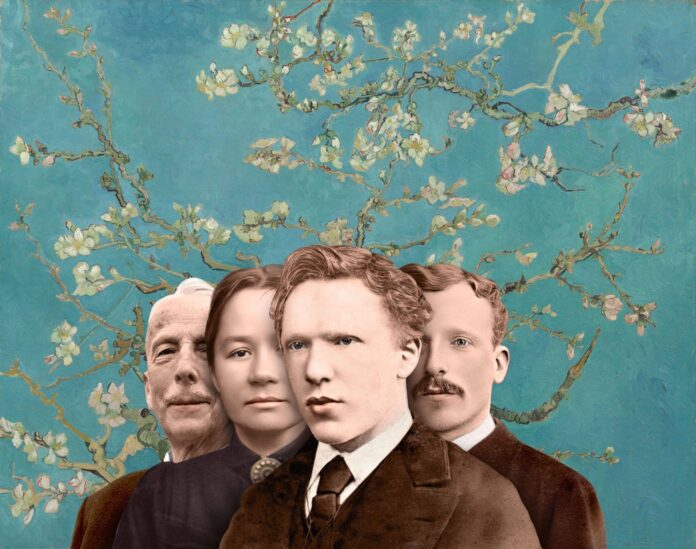 The Van Gogh Museum in Amsterdam will mark the 50th anniversary of its opening in 1973 with a series of major exhibitions celebrating the artist. Established with the collection inherited by Vincent’s brother Theo, it is by far the world’s most popular museum devoted to a single painter.

This represents a spectacular achievement for an artist who is renowned for only selling a single painting during his lifetime. The museum typically welcomes around 2 million visitors a year, although last year the figure was just 1.3 million because of the lingering impact of Covid-19.

Usually the museum dedicates one or two exhibitions a year to Van Gogh’s work, with the remainder on other artists, mainly from the late 19th century. But in 2023 Vincent himself will be celebrated with three major shows, which will doubtless help win back the crowds.

The year will kick off with Choosing Vincent: Portrait of a Family History (10 February-10 April). Billed as a story of “doubt, setbacks, pride and triumph”, the exhibition sets out to examine how Theo, his wife Jo Bonger and their son, also named Vincent, helped the painter win global recognition—including through the founding of the Amsterdam museum.

The most ambitious exhibition will look at the artist’s time in Auvers-sur-Oise, the village just north of Paris where he spent the last months of his life. Van Gogh in Auvers-sur-Oise: His Final Months opens in Amsterdam (12 May-3 September) and then travels to the Musée d’Orsay in Paris (3 October-28 January 2024). It will include just over half the 74 paintings that he completed in the 70 days before his suicide in July 1890.

The other major two-venue exhibition will be Van Gogh and the Avant-Garde: The Modern Landscape, which focuses on how Vincent and his contemporaries painted by the River Seine on the outskirts of Paris. This show should be a revelation, following detailed research on these riverscapes. It will first be presented at the Art Institute of Chicago (14 May-4 September) and then at the Van Gogh Museum (13 October-14 January 2024).

Americans will also have a unique opportunity to discover the paintings of cypresses, a motif that the artist discovered in the south of France. Van Gogh’s Cypresses, also based on fresh research, is coming up at New York’s Metropolitan Museum of Art (22 May-27 August).

Back in the Netherlands, the first exhibition ever on Van Gogh’s stay in the far north of the country will be mounted at the Drents Museum in the provincial capital of Assen. Van Gogh in Drenthe (11 September-7 January 2024) is expected to reassemble all five surviving paintings and most of the drawings and documents that date from the artist’s period in this remote area during the autumn of 1883, 140 years ago.

Visitors could combine the Drenthe exhibition with a trip to nearby Hoogeveen and Nieuw-Amsterdam, the villages where Van Gogh painted. In Nieuw-Amsterdam he lodged at a small inn, which now hosts the Van Gogh House. Recently closed for renovations, it is due to reopen on 17 June.

In Nuenen, in Brabant province in the very south of the Netherlands, Vincent spent nearly two years living in his parents’ house at a crucial time when he seriously set out to become a painter, in 1883-85. An existing visitor centre there is being expanded to create the Van Gogh Village Museum, scheduled to open on 16 May. The museum stands directly across the road from the parsonage where Vincent’s father served as rector.

The most important new Van Gogh book of the year may well be the Atlas Van Gogh in Brabant, describing the villages where Vincent was brought up and later worked—primarily Zundert, Helvoirt, Etten and Nuenen. Written by Brabant specialists Ron Dirven and Helewise Berger, it will be published in Dutch by W Books on 30 March, the 170th anniversary of the artist’s birth. An English edition should also be on the way, hopefully later this year.

Another publication coming out in March is Vincent’s Arles: As It Is and as It Was, with the University of Chicago Press. Author Linda Seidel acts as a guide to the places immortalised by Van Gogh in this Provençal city.

And to celebrate Vincent’s legacy, everyone is invited to Amsterdam’s Museumplein (Museum Square). Just to the south of the city centre, it borders the Van Gogh Museum, the Rijksmuseum and Stedelijk Museum. On 2 June the grassy square will host a birthday party marking the 50th anniversary of the Van Gogh Museum.