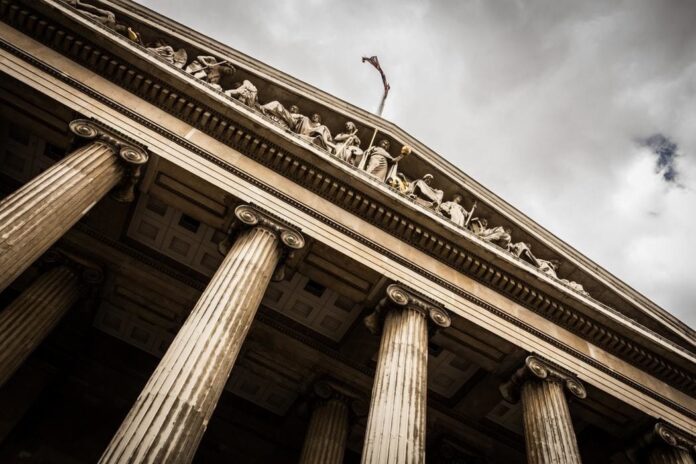 The universal self-isolation caused by the COVID-19 pandemic dramatically changed the field of culture. Digitalization came quickly, thereby largely preserving the moral and mental health of the nation during the pandemic.
But the growing interest in digital products in the cultural sphere also brings a number of problems to be solved. For example, the issue of copyright and “piracy” in film. In February 2020, there were 11 billion visits to illegal pirate sites.
According to Muso, a company that monitors piracy, there has been a 43% increase in visits to pirate sites in the UK and the US since the isolation measures were put in place. The biggest increase was seen in Italy, where it rose by 66%. The data was gathered by comparing visits to various pirate sites in the last seven days of February – before the widespread lockdown measures began – with the same period in late March. Muso executive director Andy Chatterley said piracy consumption trends are “closely related” to a similar increase in official, paid content.
According to the company, computer piracy is also on the rise, up about 29 percent in the  U.K. and the U.S. and more than 41 percent in Italy. A limitation in this area is also the uneven provision of Internet access around the world. According to a 2019 report by the International Telecommunications Union 2019 report, only 53.6 percent of the world’s inhabitants use Internet services. However, the percentage of users varies by region:
In Europe, the number of residents using the Internet is 82.5% of the total population, in North and South America – 77.2%, In Asia Pacific – 48.4%, and in Africa – 28.2%. In developed countries have an Internet user rate of 86.6%, in developing countries 47%, and in the least developed countries 19.1%. In this regard, it becomes evident, Digest. Culture in the COVID-19 pandemic that in times of restrictive measures a significant number of people in different countries do not have access to cultural objects through modern digital
solutions.

Work-from-home lawyers and museum staff convened by webinar on 11 and 12 March, for an annual conference on Legal Issues in Museum Administration, hosted by the non-profit American Law Institute with the support of the Smithsonian Institution. This year’s focus was decidedly shaped by the Covid-19 pandemic, which has squeezed museums financially and pushed ever more museum activity into the digital realm.

Experts offered the latest on regulatory and legislative changes, how to encourage financial giving when a museum is shut, minimizing the tax that museums pay on “unrelated” income, dealing with cyberattacks, and how employment law applies to a stay-at-home workforce—which many museum staff members are saying they want to continue post-pandemic.

Using YouTube Live and other platforms, museums have increased their virtual offerings during the Covid-19 pandemic, offering virtual events such as interviews with high-profile art world figures, museum-made videos of experiences and tours, art-making sessions with teaching artists, and performances where audiences can participate, said M. Thérèse Vento, the general counsel to the Pérez Art Museum Miami.

Museums are increasingly using augmented reality (AR), which can display an original or scanned work of art in a digital setting, and the “total immersion” of virtual reality. But legal quagmires can arise: AR can invite “guerilla hacking” of a virtual exhibit by intruders who post unsanctioned works on the digital walls. The manipulations could conceivably constitute copyright violations of an artist’s work, libel, or trespass, and if not addressed could imply that the museum sanctions the altered results. Whether legal action could or should be taken would depend on the “totality of the circumstances,” Vento notes—so, if there is no disruption, “should you do anything?”

Michael Costanzo, the general counsel of the California Academy of Sciences in San Francisco, described legal issues that can arise when the school uses input from third parties, such as a federally funded data set about whale migrations, which was subject to a government restriction prohibiting commercial use. While the school, as a nonprofit, is able to use the visualization is created from the data in its planetarium shows, when licensing the show to third parties we “have to say no to commercial uses,” Costanzo said.

Negotiating loan shows with a view to pandemics

Pam Chen, the general counsel of the Museum of Science and Industry in Chicago, suggested adding pandemic-related clauses to loan show agreements—for example, a provision that the lending museum will comply with any state law orders requiring visitors to quarantine upon arrival, and will bear all costs such as hotels. To avoid quarantine expenses for installation or de-installation teams, Chen said, museums could consider negotiating a way for the lending museum to remotely guide the local team to install and take down the show. More broadly, Chen addressed amplifying a key but little-used contract clause that Covid-19 has made critical—“force majeure,” which governs what happens if a force beyond the parties’ reasonable control impedes or prevents carrying out the agreement.

For an exhibition, for example, options could include extending the loan, postponing it, or terminating the contract altogether, and provisions could be included to address refunds or additional fees as appropriate. But if the unwanted happens, Chen advised, “practical considerations may provide an equitable solution” to the situation, rather than taking a hard stance with the other party to “live or die” by the contract expectations—which could have repercussions later within the museum community.