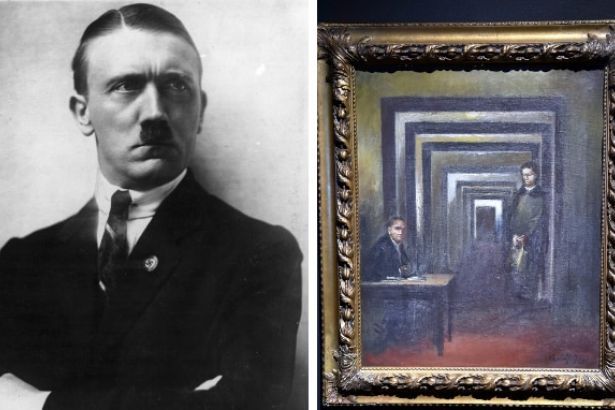 The unknown was indignant that the painting by Adolf Hitler was exhibited in the museum of Italy.

The oil painting, written by Adolf Hitler, was attacked by an unknown person at an exhibition in the Italian city of Salo. The 40-year-old visitor shouted “Scoundrel!” And tried to damage the canvas with a screwdriver. It is worth noting that the work was covered with a special protective patina and therefore did not get much damage. The curators of the exhibition tried to detain the vandal, but he managed to escape altogether. In turn, the owner of the canvas, a collector from Germany, decided not to report to the police. The picture of Hitler was one of the exhibits of the exhibition “The Museum of Madness: from Goya to Bacon”. Unfortunately, the name and year of the creation of the picture are unknown. “The exhibition of madness would not be complete without an episode of insanity,” said Giordano Bruno Guerri, director of the museum. 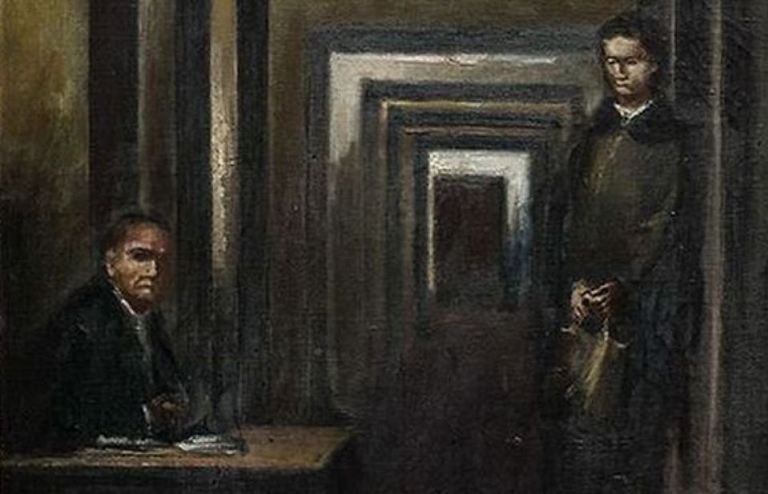 “This picture is a piece of shit.” It was written by a man who was in deep despair. Such could create and Kafka. This work says a lot about the psyche of Hitler … This picture is not a dictator, but just a miserable person. You do not see greatness, but you see suffering, “curator of the exhibition Vittorio Sgarbi commented on his decision to expose Hitler’s work. The exhibition, which ends on November 19, consists of more than 200 paintings, photographs, sculptures and multimedia installations. The exhibition explores the relationship between art and insanity. Interesting! In his youth, Hitler had high hopes of becoming a professional artist, but his plans were broken when he could not get into the Academy of Fine Arts in Vienna. He retained his artistic aspirations even after coming to power as the leader of Nazi Germany. In August 1939, on the eve of the war, Hitler told Neville Henderson, the British ambassador in Berlin: “I am an artist, not a politician. As soon as the Polish issue is resolved, I want to end my life as an artist. “

Photographer Tasha Van Zandt Files Her Travels Round The World 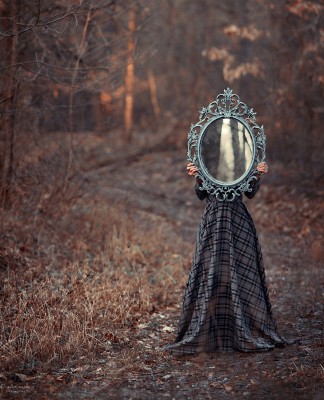 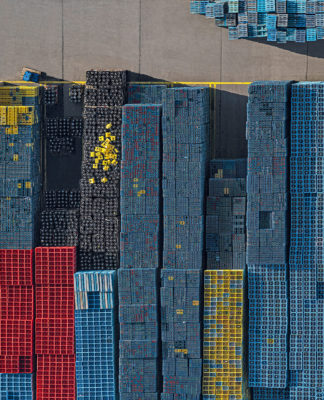 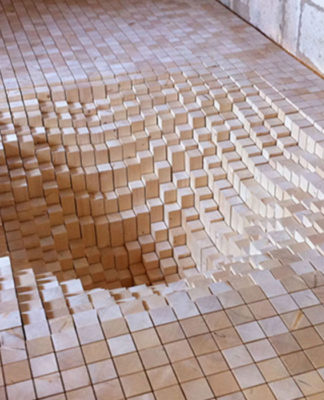 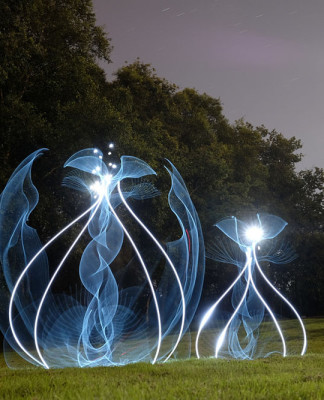