Home News We Ranked 7 of the Splashiest Artist-Designed Swimming Pools From Around the... 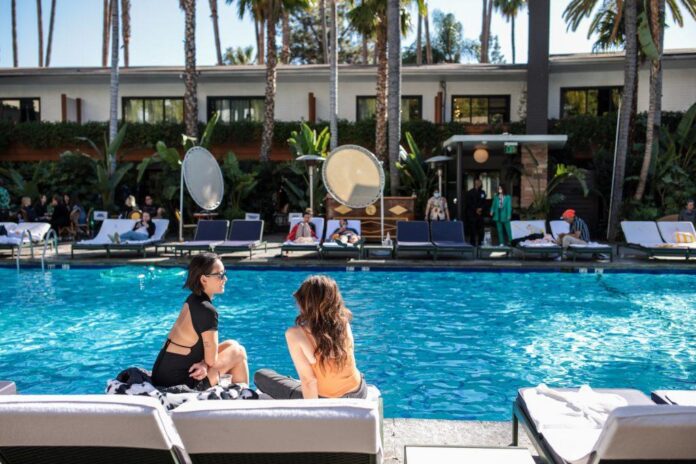 The swimming pool is perhaps the defining icon of summer.

These shimmering blue bodies of water have provided glittering backdrops to scenes of athleticism, heroism, romance, betrayal, and tragedy in countless novels, films, and, yes, artworks. Whether it be in David Hockney’s azure Los Angeles pools or in Eric Fischl’s tony Hamptons backyards, a painted pool sets a certain mood. Once in a while, though, an artist has dared to dive off the canvas straight into real life, by painting or designing a one-of-a-kind pool in a stunning location.

With sweltering temperatures on the horizon for this Fourth of July Weekend, we’re dipping into seven incredible artist-designed pools, from Picasso’s Marabella masterpiece to Salvador Dalí’s NSFW private plunge. Below, we’ve ranked each pool with a “cool” factor of 🌊, based on the vibes and refreshment factor.

Picasso’s Present for a Friend

In 1961, Picasso traveled to Marbella, Spain, for a stay in the newly-built oceanside villa of his friend, the world-class flamenco dancer Antonio Ruiz. During his visit, Picasso took it upon himself to paint a work inside Ruiz’s pool that was befitting his host’s nickname “el Bailarín”—the dancer. Picasso even signed the work with a flourish. The villa was put up for auction in 2018 with no reserve—a real one-of-a-kind collecting opportunity! 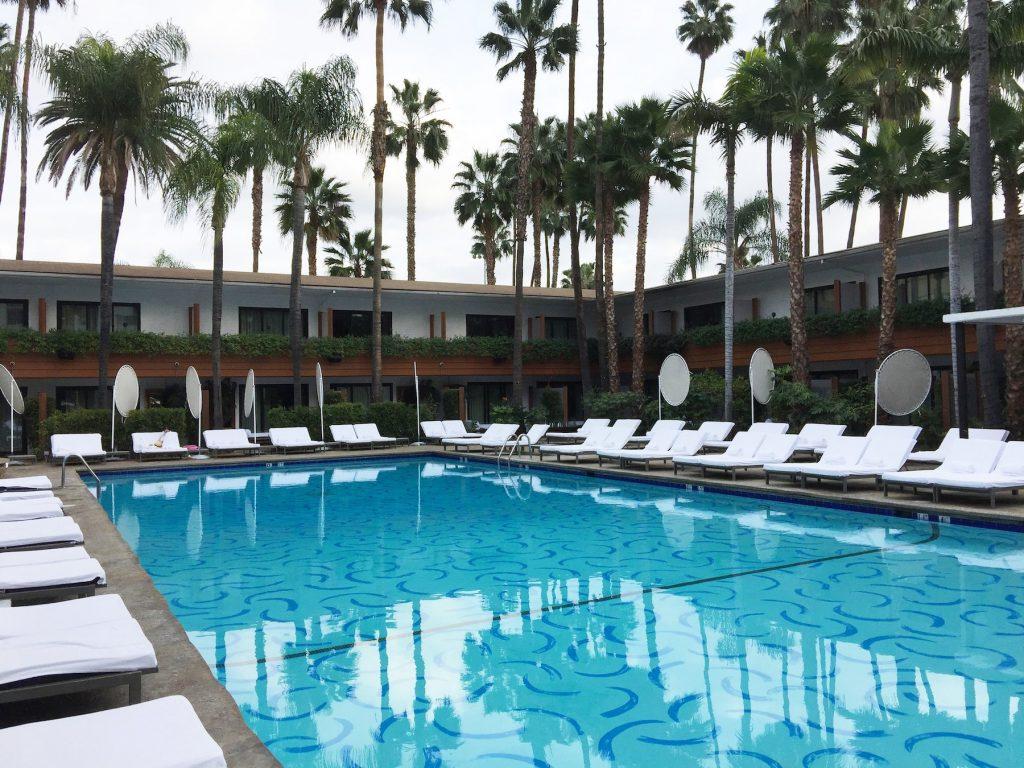 We’d be pretty shocked if David Hockney painted a pool, given that the British-born, Los Angeles-based artist built his career around paintings of them. So all was made right in the world when in 1988, Hockney transformed the pool of Hollywood’s iconic Roosevelt Hotel into his canvas, painting a mural of curlicue blue dashes across its floor.

Cool Factor: 🌊🌊🌊🌊🌊🌊 The pool is classified by the State of California as a cultural monument—plus, it’s one of the few artist pools we might actually have the chance to enjoy. 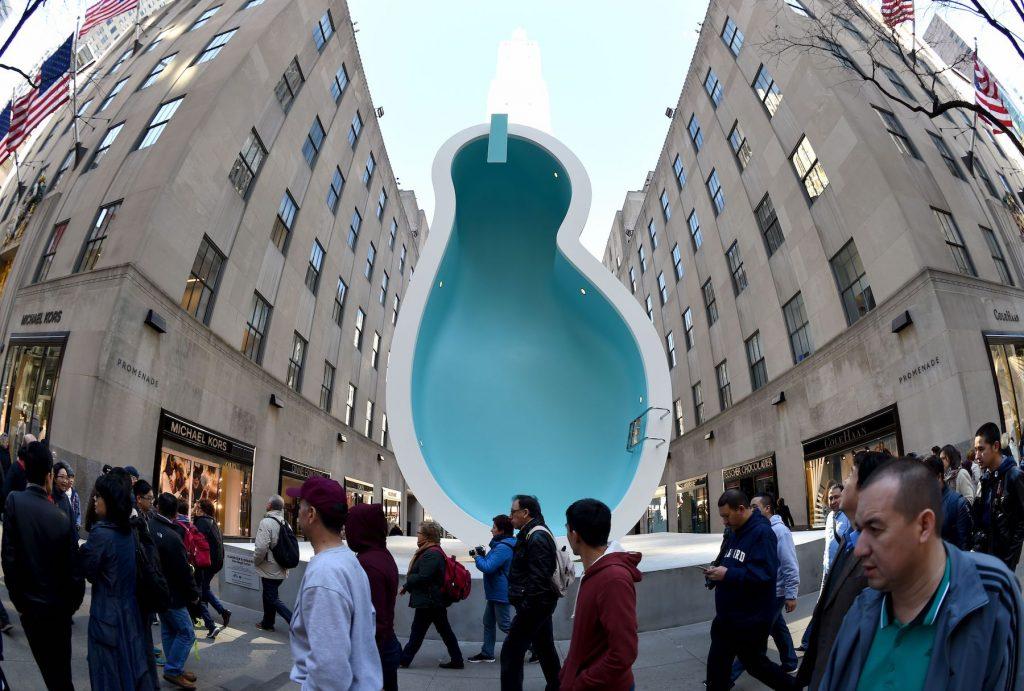 The witty duo Elmgreen & Dragset are runners-up only to Hockney when it comes to the frequency with which pools make artwork appearances. In fact, the Scandinavian artists’ current exhibition “Useless Bodies?,” on view at the Fondanzione Prada in Milan, features a room-size empty swimming pool, equipped with ladder and all.

Most publicly, in 2016, the duo installed a 30-foot-high empty fiberglass swimming pool upright in New York’s Rockefeller Center in project with Public Art Fund. The unusual shape of the pool loosely referenced Vincent Van Gogh’s ear—which the artist notoriously cut off in an act of self-harm—while simultaneously conjuring up a bygone era of vintage Americana. While certainly clever, the city’s notorious paucity of pools makes an artistically empty one a real slap in the…ear?

In 1989, Ed Ruscha’s brother Paul bought a fixer-upper home in the Studio City neighborhood of Los Angeles County. When it came time to consider renovations to the pool, Paul solicited the help of his famous brother. Not without his own sense of priorities, Paul knew he wanted to paint the bottom of the pool black, to keep the water warm, and he needed lane lines for swimming laps, too. Working with those confines, Ruscha came up with this clever take on a sign-in form.

On a scorching hot NYC day in 1987, Pop artist Keith Haring threw a pool party at the Carmine Street Pool in New York’s Greenwich Village. As music blasted from speakers and revelers cooled off in the water, Haring spent the day painting a riotously joyful mural in blues and yellows. The pool, today known as the Tony Dapolito Recreation Center, is still open to the public, and the mural has become a major draw.

Cool Factor: 🌊🌊🌊🌊🌊🌊  While not exactly an “artist-designed pool,” the fact that we could splash around next to a work by one of the most famous artists of the 1980s makes this one of our favorites! 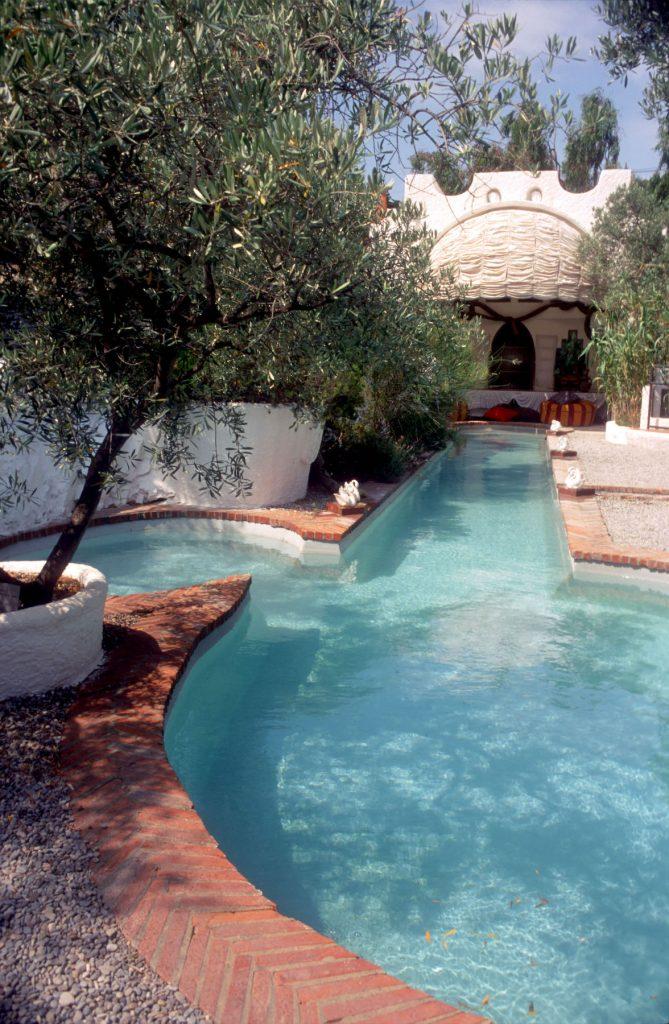 For over 50 years, from 1930 to 1982, Salvador Dalí lived and worked in Port Lligat, Spain, tirelessly tailoring his seaside abode to a detailed eccentricity similar to his artworks. Given the overall wackiness of the home (the roof is adorned with giant sculptures of eggs, a symbol of fertility, for instance), it would be easy to overlook that the artist designed his operative-word backyard pool in the shape of a phallus. At the head of the pool (bear with me), he even installed a cozy seating area. And yes, there are fountains.

Lawrence Weiner’s eye-catching text-based works defined an an aesthetic strand of American cool that is still informing artists today. The recently deceased Weiner embodied that unbothered attitude in his life, too. Case in point? Ahead of a 2008 retrospective of his work at MoCA Los Angeles, the collector Rosette Delug, who was hosting an event at her home to coincide with the opening, asked Weiner if he would consider painting a work in her pool—thus was born. Ever the good hostess, Delug had her pool cleaned just before the party. To her shock and dismay, the cleaning chemical changed the original red of the text to a shade of lavender. “I sent Lawrence pictures, and he said he actually liked it that way,” the collector later recounted to magazine. She has lived with the installation that way ever since.