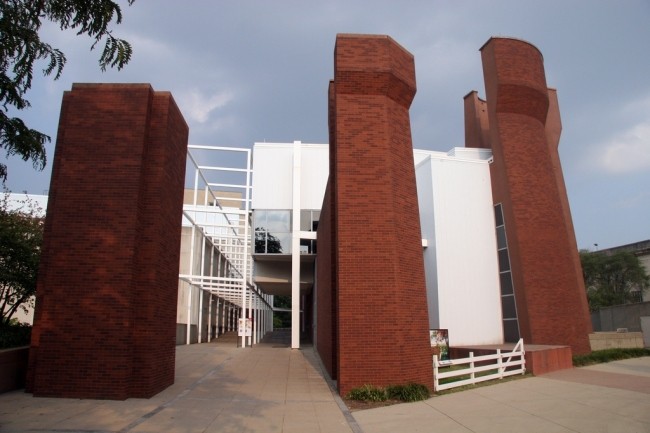 This funding will deepen the center’s existing partnerships and programs for schools and teachers led by Vex’s Division of Learning and Community Practice. It will also support new educational initiatives that reflect a sharpened institutional focus on addressing racial disparities.

“As the country as a whole recognizes the depth and breadth of systemic racism, we all at Wex are actively thinking about the responsibility of cultural institutions to play an active role in creating a more just society,” says Wexner Center Executive Director Johanna Barton. “These grants recognize the value of the arts to develop empathy and understanding and honor the trust that our Division of Learning and Community Practice has developed with Ohio schools over years of collaboration. We are thrilled to be able to develop this team and focus on combating racism within our organization.”

Part of the funding supports the WorldView program, which brings together high school students from several Ohio school districts to develop cultural literacy and sharpen critical thinking skills through the study of contemporary art. This year, the program has been reimagined and expanded to focus on issues of race and social justice. 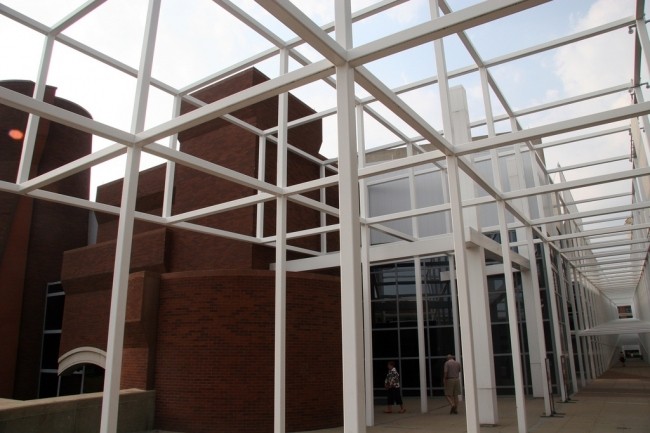 The grant will also be used to develop new programs, such as a series of equity and anti-racism workshops for educators to address barriers in K-12, and to create a multi-year fellowship in Vex that will support these efforts.

Programming with students and educators uses a variety of strategies, including empathy and mindfulness as a foundation for anti-racism work, combined with an artistic exploration of diversity, equity, accessibility, and inclusion (DEAI). Findings and research will be widely disseminated to museum professionals and education professionals.

The team of consultants and partners at the university and throughout central Ohio includes Big Walnut High School Principal Andy Jados and Ohio State Assistant Professor Joni Boyd Acuff. Additional collaborators are also being convened to help with these expanded initiatives. 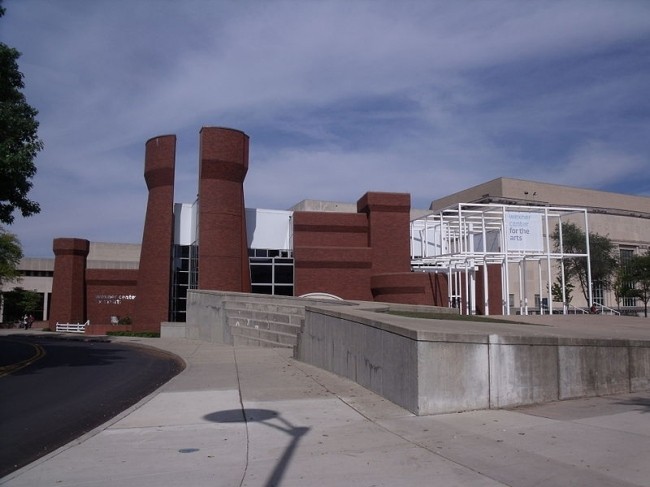 “DEAI is a long-term commitment to teaching and participation at Vex,” notes Dionne Custer Edwards, Vex’s director of teaching and community practice. “Nonetheless, these grants make possible the important new work of DEAI, encouraging those of us in institutions to ask harder questions, to break down systemic inequities, and to develop and expand initiatives and programs that are directed and articulated inequality priorities.”

The Ohio Seed Fund was created at the request of the Office of the President in collaboration with the heads of the departments of Research, Diversity and Inclusion, Advocacy and Participation and Research, and the Colleges of Education and Human Ecology and Social Work. A complete list of Seed Investment Fund grantees can be found here.

Updates on Seed Fund-supported work will be available throughout the year at wexarts.org.

In its conception and process, the Wexner Center is an exemplary illustration of Eisenman’s unique approach to architecture. The building is not completely disconnected from its context, the building is for the most part a self-fulfilling and autonomous work, creating its own unique and autonomous methodological process and architectural vocabulary. The museum intends not to apologize for its unorthodox views; quasi-historical citations invoke the architectural tradition to boldly reject it. Formal devices devoid of functional purpose deny spatial convention. And a series of deliberately uncomfortable and inconsistent moments complicate the intersection of built space with its human occupation. For Eisenman, they are one of the building’s greatest successes because they manifest the discursiveness of deconstructivist emancipation into an actualized form. 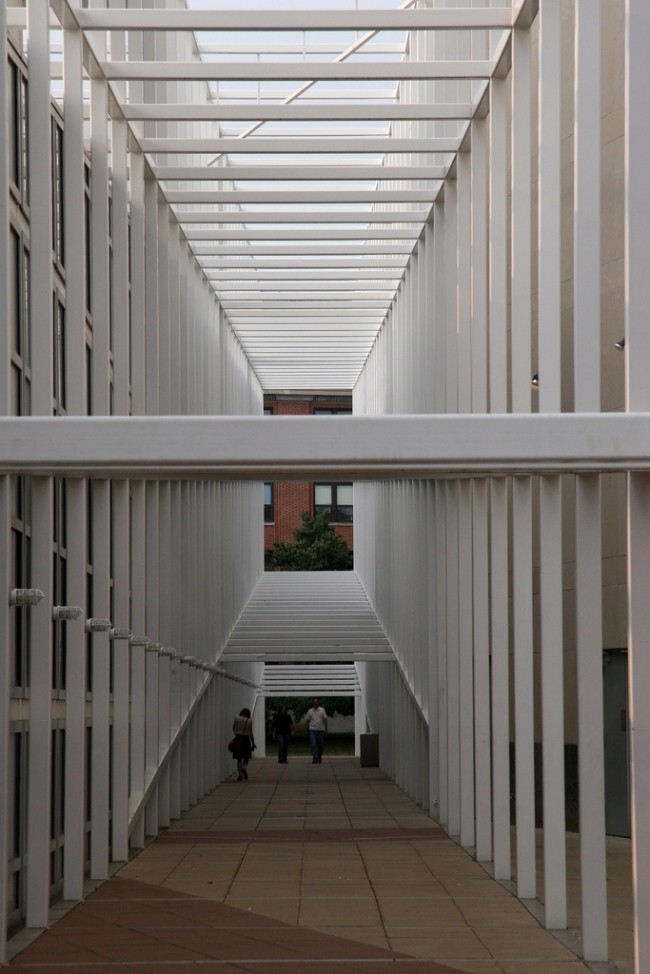 Passing through the core of the building is the most recognizable feature of the Wexner Center: a 540-foot-long “scaffolding” structure that displaces flat grid systems into a three-dimensional matrix. Open and partially uncovered, it is meant to appear deliberately incomplete, pushing away the preconceived hard and hollow as fixed properties of the architecture. Although this seam in the building functions as an axis of circulation, it plays a more important spatial role by organizing markings and design throughout the site. The resulting relationships find expression in the contours of the surrounding structures and landscape design, strikingly reminiscent of the schematic designs of the contemporary Getty Center in Los Angeles through Eisenman’s geometry-based cousin, Richard Meyer. 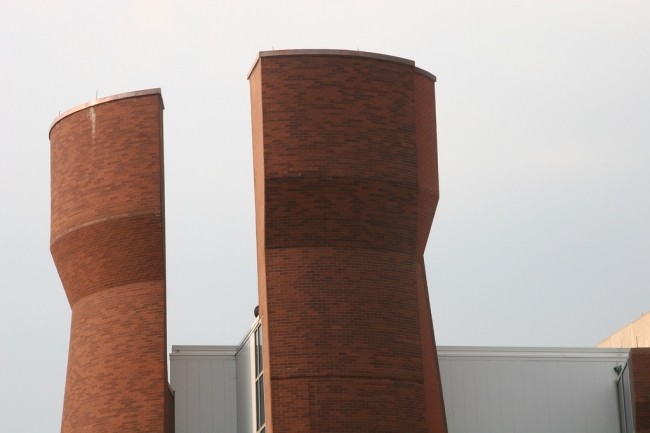 Also visible in the museum is a collection of red brick turrets that clash sharply with the hyper-modern aesthetic of the scaffolding. They represent allusions to the medieval arsenal that was bulldozed to make way for the museum, an eerie tribute to the destructive side of construction. More meaningfully for architecture, they represent fragmented elements of historicity, splitting and cutting away from each other in a way that abandons the importance of precedent far more than honors it. They are part of a complex amalgam of elements and quotations that give the building every bit the collage-like feeling reflected in Eisenman’s trademark drawings. 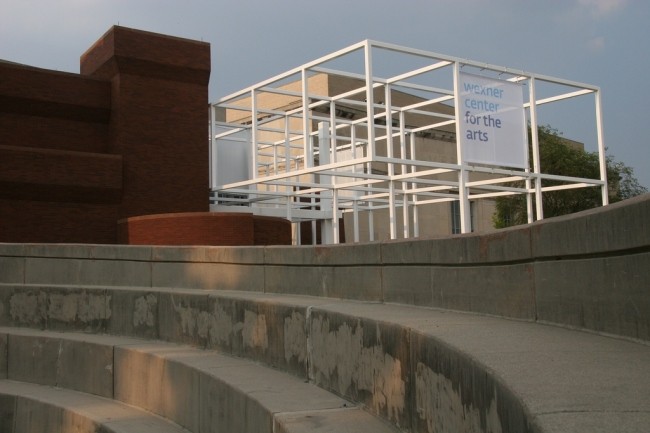 After the museum was completed, the building was transfixed by a series of construction and design issues that tarnished its public image. Unfortunately for deconstructivists everywhere, these flaws seemed to be the result of ambitious design with a deliberate disregard for the practical considerations of traditional architects, a fundamental axiom of the doctrine. In 2003, the building underwent an invasive three-year renovation, just fourteen years after its christening. As it approaches its twenty-fifth anniversary next month, it seems that most of these problems have been overcome. Yet history should remember them in the context of this great museum as evidence of the price of translation between theory and actualization.