Home News What Does Your Crypto Wallet Say About You? Artist Ian Cheng Is... 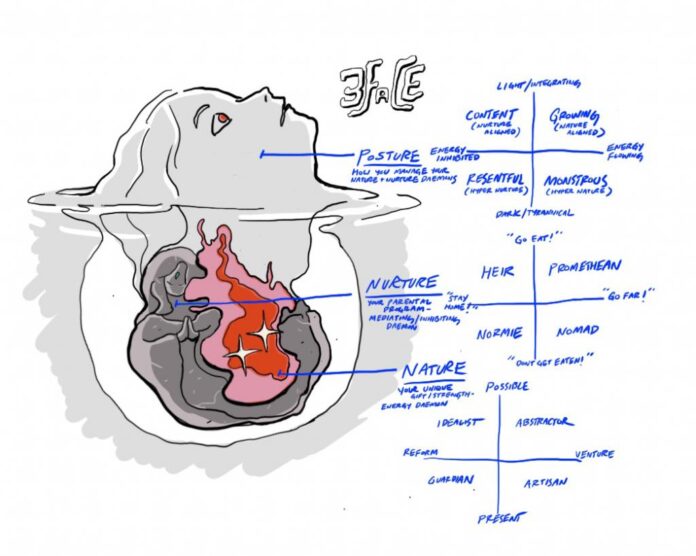 This August, American artist Ian Cheng will explore the depths of metaverse psychology, pairing generative art with blockchain technology for a new NFT portrait series. “3FACE,” as Cheng calls the project, is based on an algorithm that generates abstract portraits of a purchaser’s online persona using data from their public cryptocurrency wallet.

Cheng has produced “3FACE” in collaboration with Christopher Y. Lew, a former curator at the Whitney and MoMA PS1 who is now artistic director of the NFT platform Outland, which will host the new works. The new company raised $5 million in seed capital last month.

No artwork images have dropped yet, but Cheng has offered a concept sketch. Three layers of consciousness will create each unique digital portrait using a personality model of the artist’s design based on three core forces: Posture, Nurture, and Nature.

Each of these elements is further refined into four characterizations—Nature, for example, features the categories Idealist, Abstractor, Artisan and Guardian—determined by a user’s crypto spending data.

Posture is the most superficial facet of the portrait. It’s immediate, mutable, and determined in Cheng’s project by degrees of change over time. Two perpendicular axes delineate the classifications each sitter falls into: Content, Growing, Resentful, or Monstrous.

“3FACE is about looking at a person’s personality from the perspective of energy—how a person deploys their psychic energy, whether they let it wild, inhibit it, or find a balance,” Cheng said. The artist uses “procedural generative computational processes to composite, warp, and integrate hand-drawn assets.” Each layer will intertwine into the unique tangle of every abstract portrait.

“Stylistically,” Cheng continued, “I’m trying to wield my drawing style and the set of computational transformation tools in a way where you can’t tell where the hand stops and the creative coding begins, and you just feel the specific energy that is coming through a person’s psychological parts.”

Each portrait can update with changed behavior, like a real mood ring. “Perhaps some 3FACE holders will enjoy messing with our personality model by transferring the NFT to different wallets or changing up their wallet behavior, as a way to discover more of the latent space of the model and the artwork generator,” Cheng mused. 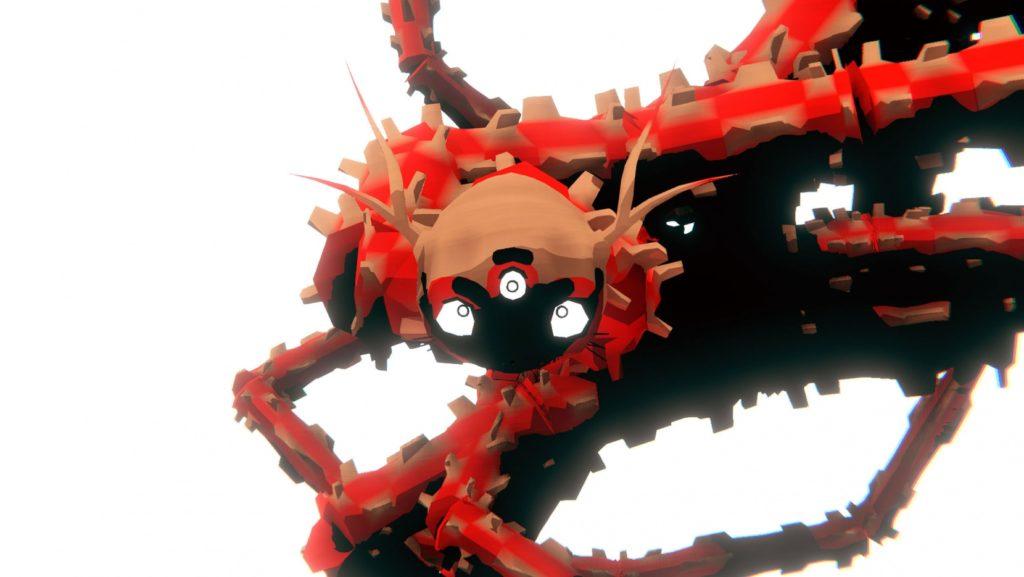 Cheng sees NFTs as digital objects that people collect to communicate tacit self-truths. “We already use these aesthetic non-verbal ways to distill our identity and make it legible to others whom we want to attract or repel,” Cheng said. “It is not only a part of human nature, it is an essential step in a person’s psychic development, especially younger people for whom cultural objects are scaffolding for articulating yourself.”

He likens the “” portraits to an astrological sign or Meyers-Briggs personality type. “It’s a way of relating to others based on psychological compatibility, rather than lower-resolution signifiers like taste, appearance, or status.”

Lew brought Cheng onboard for his first exclusive project with Outland. “I’ve known Ian for a decade now and had been following his work since he started exhibiting in New York,” he said. “When I started at Outland, he was one of the first artists I contacted, as I had a hunch that he would have a perspective on NFTs that is completely different than what has been done so far.”

The project builds on Cheng’s interest in viewer agency, a practice the artist describes as “Worlding,” and new technology like artificial intelligence. “Especially as we transition into a new era, understanding yourself and integrating more parts of yourself are an important factor in your capacity to navigate the changing tides,” Cheng said.

“3FACE is intended to be a fun portal to get you thinking about your personality. Or rather the sub personalities that together compose ‘you,’” the artist added. “Which parts are immutable? Which parts can you rewrite?”