Home News What Will Be Asia’s Next Art-Market Capital? A Q&A With Hong Kong... 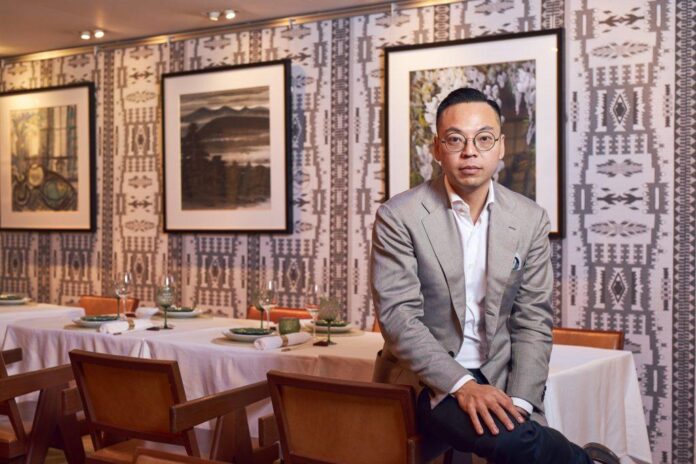 Asia has long been one of the world’s most lucrative art markets. For years, the art world flocked to Hong Kong, considered the glimmering capital for the Asian art market, driven by the “one country, two systems” principle that gave Hong Kong a degree of freedom from Mainland Chinese governance. Buyers, sellers, and artists used the city as a base of operations for years to expand into the wider East and South Asian market.

However, continued coronavirus restrictions in the region, as well as shifts in the political and economic landscape, particularly as Beijing tightens its grip over Hong Kong, have caused many in the trade to look elsewhere Asia for places to do business. Growing art hubs in Seoul, Tokyo, and Singapore suggest an increasingly decentralized Asian art market.

But those remaining in Hong Kong, such as collector Alan Lo, are adamant that “Hong Kong is not over.” One of the city’s most enthusiastic supporters of the arts, Lo has also played a major role in introducing high-end casual Western dining to Hong Kong and is senior advisor of Hong Kong-based food and beverage operator JIA Group.

Still, for the last couple of years, eyes have been on South Korea’s rising art market, which in the first half of 2022  is estimated to have brought in approximately 532.9 billion won ($407.6 million), according to a report by the Korean Arts Management Service. The country held six art fairs during the first six months of 2022, indicating strong growth. A key factor for South Korea’s potential is its favorable tax code: The country doesn’t charge import taxes on art or sales tax on any item that costs less than ₩60 million (approximately $51,000).

As Lo sees it, while Hong Kong continues to have a predominant role in the Asian art market, it is healthy to see that other Asian cities are fostering their own art scenes through more art fairs and galleries. 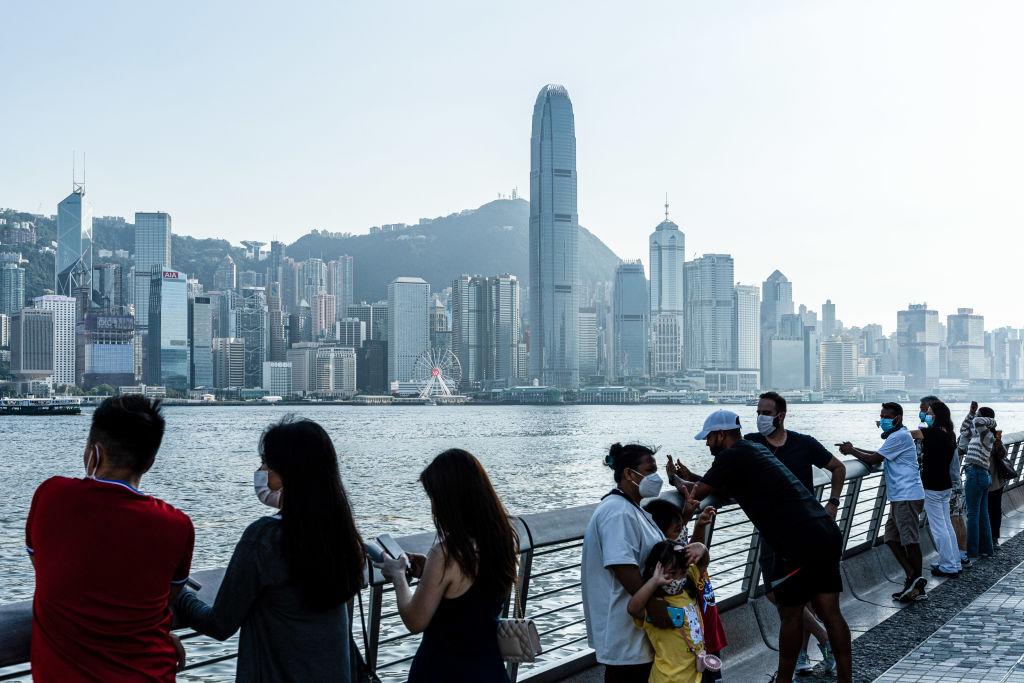 Is Hong Kong’s art market over?

Hong Kong has been through a lot in the last two and a half to three years. Globally, it endured hardship due to the pandemic but then also politically it has suffered since the protests that started in the middle of 2019. It’s been a very difficult time, to say the least. Obviously, with the borders closed for so long—there is still a seven-day mandatory quarantine imposed to enter the city—it has been an extremely difficult time for the market.

I don’t think Hong Kong is over. In terms of its positioning, I think Hong Kong is difficult to replace. Having said that, it has a lot of work to do to relaunch itself. We have been cut off from the rest of the world for the past two to three years. In terms of being a freeport and having a very complete art ecosystem with auctions, the gallery scene, with the collector and patron base, with nonprofits, M+, and world-class museums, it is hard to find another place in Asia that quite matches this scene. Again, there is a lot of work to be done when we reopen.

On the political side of things, yes, with the National Security Law, it does change the international perception of the city, but then I also think it makes it clearer that we are part of China. One just needs to accept this fact. The basic, day-to-day freedoms haven’t changed. A big part of the Hong Kong National Security Law [officially the Law of the People’s Republic of China on Safeguarding National Security in the Hong Kong Special Administrative Region], is to protect the sovereignty [of China]. If [the art] doesn’t touch on sensitive subjects like independence, it seems artists are fine. That’s just my own interpretation. The law is so new. It has only been put into practice for less than two years, so it is hard to give a definitive read on the situation. Time will tell.

It is tough to gauge the situation in Hong Kong as we hardly see any visitors. It has been open now for just around nine months. There is very little interaction with the outside world. I hope things will move in the right direction especially with our reopening and with the new government in place now. We see light at the end of the tunnel.

What do you make of the many new art fairs starting in Seoul and Tokyo? How is this changing the landscape for the Asian Art Market?

I think it is helpful to see more cities in Asia doing art fairs. I don’t think it is a case where there is only the one city that is taking on most of the Asian art scene. Just look at Europe or the US, it is not just one city that does everything. While Hong Kong continues to have the role of hosting Art Basel, the leading international blue-chip fair, I think it is good to see other cities taking on new art fairs which makes the entire region much more interesting for contemporary art. There are tons of collectors in Asia. Remember you have Indonesia, Thailand, and Malaysia. 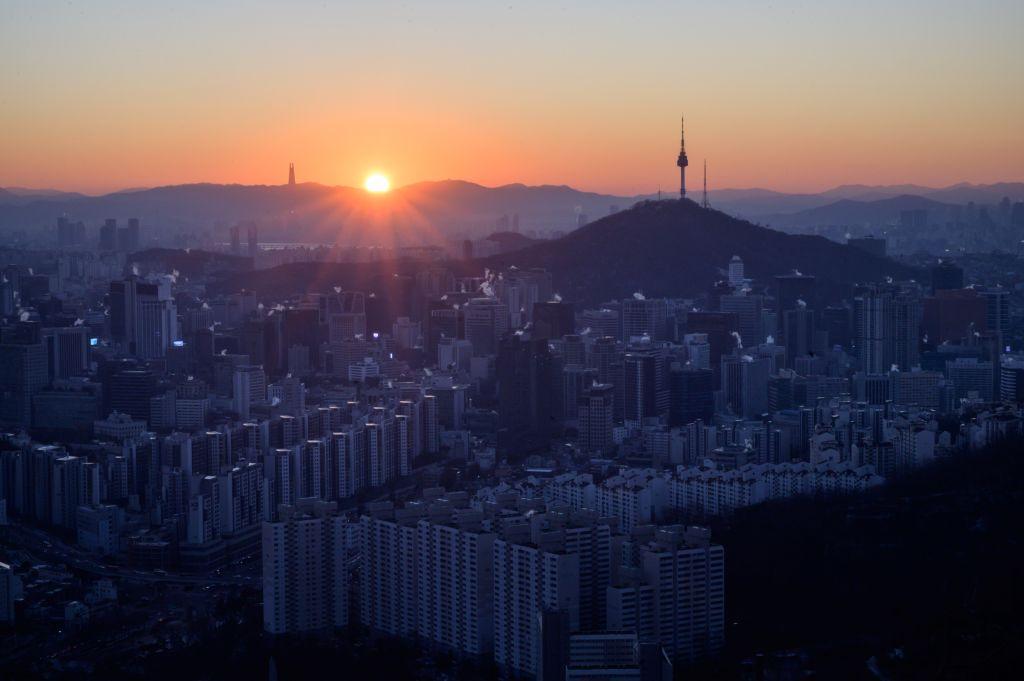 The sun rises above the Seoul city skyline early on December 16, 2020. (Photo by Ed JONES / AFP) (Photo by ED JONES/AFP via Getty Images)

Now everyone’s looking to the Seoul market, how viable is it? Are there any other financial aspects that might make it more favorable than other potential Asian hubs?

Seoul has a good history of patronage and collecting. Everyone is just happy to go to Seoul. It’s the combination of everything: pop culture, food, fashion, and art. It’s a very exciting city right now that has really become the place to be in Asia. Also there seems to be good ecosystem with galleries, non-profit spaces, museums and foundations. Language, however, is a big hurdle so its market still caters more to local Koreans. People are fascinated by the culture, including K-Pop, so [they] don’t mind traveling to Seoul.

What about the new fair in Japan that Magnus Renfew is launching? What is the potential in Tokyo?

Like Korea, Japan has a rich history of art patronage and collecting. It is natural for a new art fair to take root. I am surprised that more is not happening in Japan. But having said, even though Japan is one of my favorite countries, maybe because of the language or cultural barrier, Japan is also quite difficult for foreigners to navigate.

What about Singapore, what are the pros and cons of the market there?

Singapore has had a number of attempts in the past to do art fairs. There was Art Stage a few years ago, which abruptly ended in 2019, and in recent years there was SEA Focus. Art SG will launch its first edition in 2023. The problem with Singapore is that it is small and the ecosystem, while it includes national galleries and the Singapore Museum, is led by a top-down government approach. It is lacking in nonprofits and artist and curator-driven spaces and foundations. Having said that, I think Singapore has changed a lot and has attracted a lot of wealth and people. There is this influx of high-net-worth individuals—the combination of crypto and tech billionaires. The city is growing, and its audience is changing. We used to think that Singapore was the small cousin of Hong Kong, but when you think about it, there are a good 5.6 million people living in Singapore, which is a lot when Hong Kong has 7.5 million. I am quite excited about Singapore, and it could grow to become a top regional art hub for Asia. Singapore doesn’t have a freeport which is one disadvantage, and it would be nice to see more collectors here. People relax along the waterfront of the Marina Bay area of Singapore with the central business district skyline in the background, in Singapore, Friday, 19 November 2021. (Photo by Joseph Nair/NurPhoto via Getty Images)

Many people and businesses have either migrated to or doubled down on their Asian business in Singapore over the past two years—from LVMH to Sotheby’s— due in part to its relatively more relaxed covid restrictions. Do you think these people will remain there or reverse their trajectory once restrictions relax back home? Why?

I think Singapore is emerging to be a major hub in Asia for ultra-high net worth coming in from all over the world. The government’s post covid policy also makes it very easy to travel in and out of the city state which many people take advantage of lately in light of the restrictions in Hong Kong, Taiwan and mainland China. I do think it’s a permanent shift! Hong Kong will continue to thrive when the borders open up fully, undoubtedly, but Singapore is well positioned to attract a lot of wealth and talent.

I feel distant geographically from Australia, but it is a big country with I am sure a rich history of collecting and a share of world-class museums and institutions. Australia has enough of a market on its own, but I guess the question is when you try to do an international fair, the location and the context and which audience you are catering to is the big question when it comes to Australia.

Given the parameters of our conversation, if you had to guess which city in Asia we will all be concentrating on in five years time, which would it be and why?

I think Hong Kong will rebound very quickly when the border reopens. Together with M+, which opened nine months ago, Hong Kong is positioned to rival New York and London for the top spot in the world.