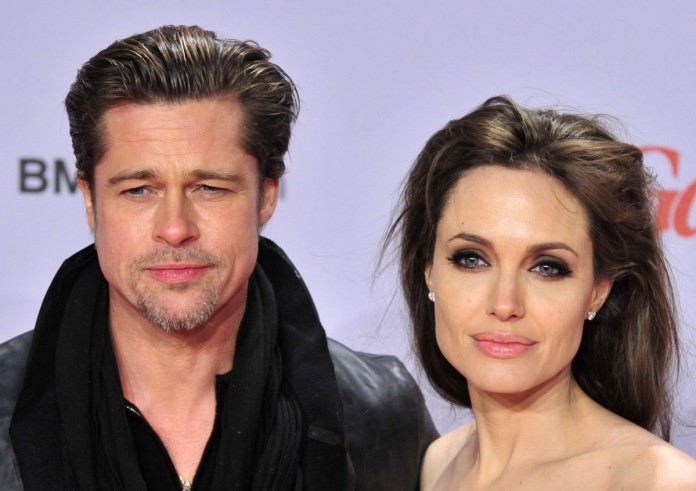 Divorce is messy business, and in the case of Angelina Jolie and Brad Pitt,who have, to the disappointment of many, hit their fork in the road, the event is nothing short of an operation.

Over the years, the couple was reportedly amassing a “sort-of private gallery” (as the Culture Trip described it) at their Château Miraval in the South of France. Though the couple has kept their collecting habits private, research firm Wealth-X estimated Pitt’s art collection to be worth $25 million.

In light of their decision, artnet News is taking a look at the art they’ve collected, and enjoyed, during their partnership. From works by street artists like Banksy and Dom Pattinson, to traditional sensations like Ed Ruscha and Richard Serra, here’s a peek at the artists in their holdings in the roundup below. 1. Dom Pattinson
When Jolie and Pitt tied the knot in 2014, a close friend gifted the newlyweds a set of prints from artist Dom Pattinson’s Hope series. “They are building a large art collection at Miraval,” a source told US Magazine. The artist’s work shares striking affinities with fellow street artist Banksy, whom Pitt has been publicly associated with for years. 2. Neo Rauch
At Art Basel in 2009, art collector Eli Broad reportedly gave Pitt the extra push he needed to purchase a million-dollar canvas by German artist Neo Rauch. According to the Wall Street Journal, Broad told Pitt that he and his wife had several works by the artist of their own. Etappe was presented byDavid Zwirner. 3. Schoony
Jolie and Pitt, along with Benedict Cumberbatch, Damon Albarn, and many others, have all collected a version of Boy Soldier by British artist Schoony. According to artnet News’ Amah-Rose Abrams, the artist worked in the US film industry before rising in status as a sculptor. Banksy Love is in the Air Unsigned (2005) at LionelGallery. Courtesy artnet.

4. Banksy
In 2007, Lazarides Gallery in London’s Soho neighborhood held a special auction of works by Banksy. According to the Daily Mail, the couple dropped £1 million (roughly $2 million at the time) on a number of the gallery’s offerings. Pitt has had a longstanding relationship with the street artist, the most recent encounter being a trip to Banksy’s ‘Dismaland’ park. 5. Marcel Dzama
According to the Guardian, Canadian artist Marcel Dzama entertains a number of celebrity collectors, including Jim Carrey, Gus Van Sant, and one Brad Pitt. The artist’s works in watercolor and ink take visual cues from surrealism and folk art, and don’t shy from depicting women in compromising positions. 6. Richard Serra
According to Widewalls, the couple has a soft spot for artist Richard Serra. The American sculptor, though known for his formidable sculptural installations, has also produced a series of drawings. 7. Ed Ruscha
Last year, Pitt was spotted visiting Berlin gallery Spruth Magers, where a show of Ed Ruscha’s works were on view. The exhibition featured drawings of neglected mattresses left on the wayside in Los Angeles.