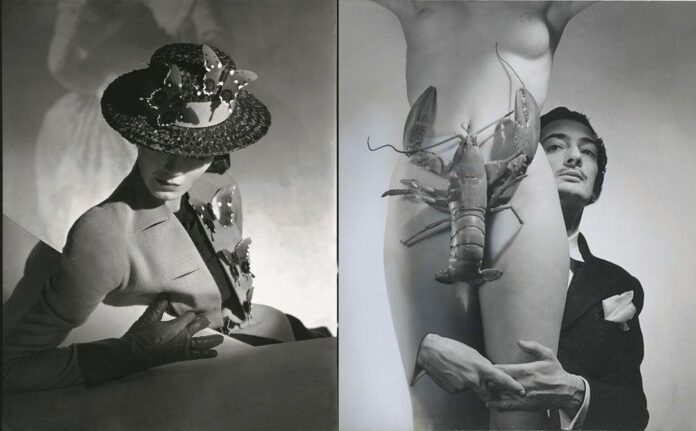 The collaborations that the fashion designer Elsa Schiaparelli (1890-1973) had with Surrealist artists, such as Salvador Dalí, Jean Cocteau and Man Ray, are spotlighted in a new exhibition in Paris.

Shocking! The Surreal World of Elsa Schiaparelli at the Musée des Arts Décoratifs explores Schiaparelli’s innovation and how her collections were influenced by the Parisian avant-garde of the 1920s and 30s. By adopting this angle, the museum revisits Schiaparelli’s legacy through a different theme from its 2004 retrospective.

An entire room will focus on Schiaparelli’s collaboration with Dalí, tracing their shared inclination towards scandal and provocation. Most famously, the duo worked together in 1937 on the Lobster Dress, a cream silk evening gown emblazoned with a red lobster strewn with sprigs of parsley. It was among the 18 pieces that Schiaparelli designed for Wallis Simpson on the occasion of her marriage to the Duke of Windsor following his abdication.

Born in Rome in 1890, Schiaparelli travelled extensively and made her name in Paris, where in 1935 she opened her couture salons on the venerable Place Vendôme. Besides Surrealism, she also drew inspiration from Ovid’s Metamorphoses, the Commedia dell’Arte (Italian theatrical comedy in the 16th to 18th centuries), and Louis XIV at the Château de Versailles. As well as silhouettes and accessories by Schiaparelli, creations designed in homage to her by fashion luminaries such as Yves Saint Laurent, Azzedine Alaïa, John Galliano and Christian Lacroix will also be on view.