Home News Why a Long-Lost Vorticist Landscape Found Hidden Beneath a 1921 Wyndham Lewis... 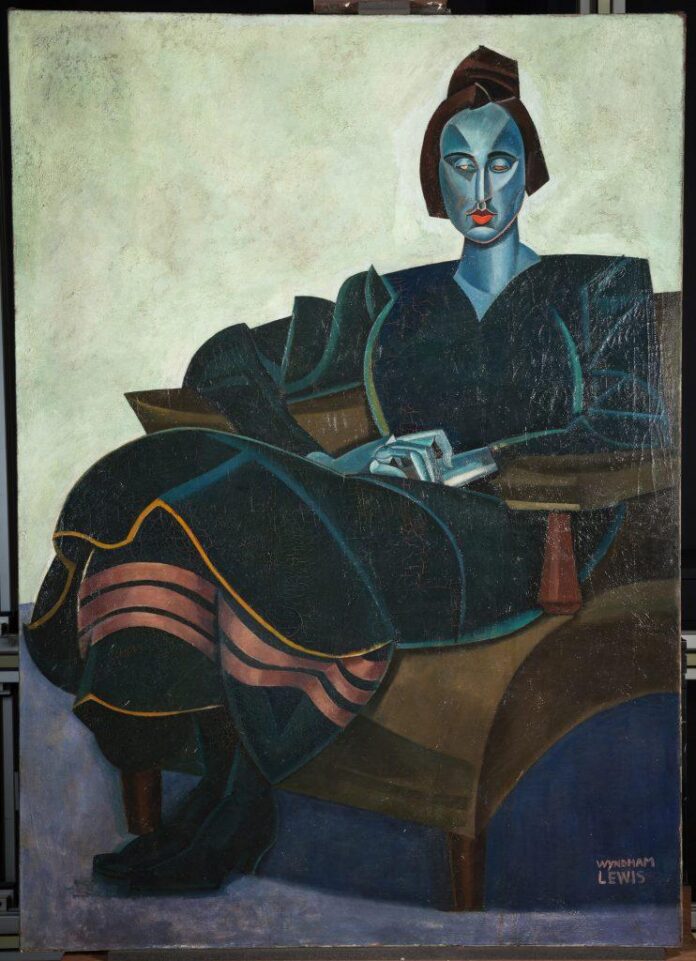 Researchers analyzing a 1921 canvas by British artist and critic Wyndham Lewis have discovered that the surface layer was painted over an entirely different work. Underneath Lewis’s portrait, Praxitella, depicting the film critic Iris Barry, is an abstracted landscape identified as Atlantic City (ca. 1915), painted by Lewis’s friend and fellow artist Helen Saunders.

Until now, all paintings by Saunders from that period were considered lost.

Lewis was a co-founder of the British avant garde art movement known as Vorticism, and Saunders was one of its members. Though short-lived, the movement was influential, counting poets T.S. Eliot and Ezra Pound among its supporters. The Vorticists advocated for “a new living abstraction” that would harness the dynamism of Cubism and Futurism, employing hard edges and bold colors, which they saw as an antidote to the prevailing style of representative and decorative arts. 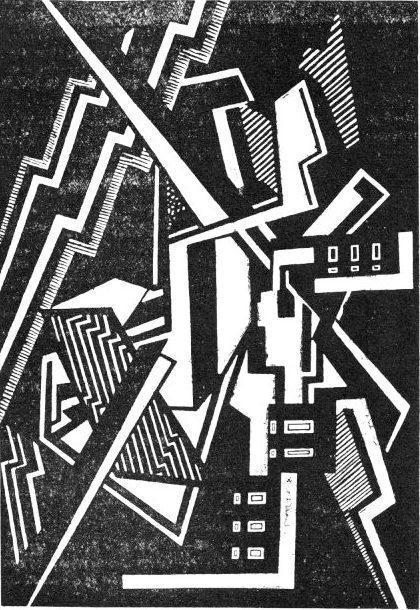 Saunders and Jessica Dismorr were the only two women associated with the Vorticists, and Saunders in particular “was one of the most radical painters and draughtspeople around,” Barnaby Wright, deputy head of the Courtauld Gallery, told the . A black-and-white version of the newly rediscovered Saunders painting appeared in a 1914 edition of the Vorticist magazine Blast.

Saunders and Lewis were especially close, Wright said, but after World War I broke out, “he turned his back on her and she found that hard to take.”

It seems possible, then, that Lewis painted over Saunders’s work intentionally, “in a fit of pique,” according to Wright.

In 2019, Rebecca Chipkin and Helen Kohn, two former students of the Courtauld Institute in London, embarked on a six-month analysis of Prixatella with the hunch that it concealed another image because of the uneven texture and cracks in the surface paint. 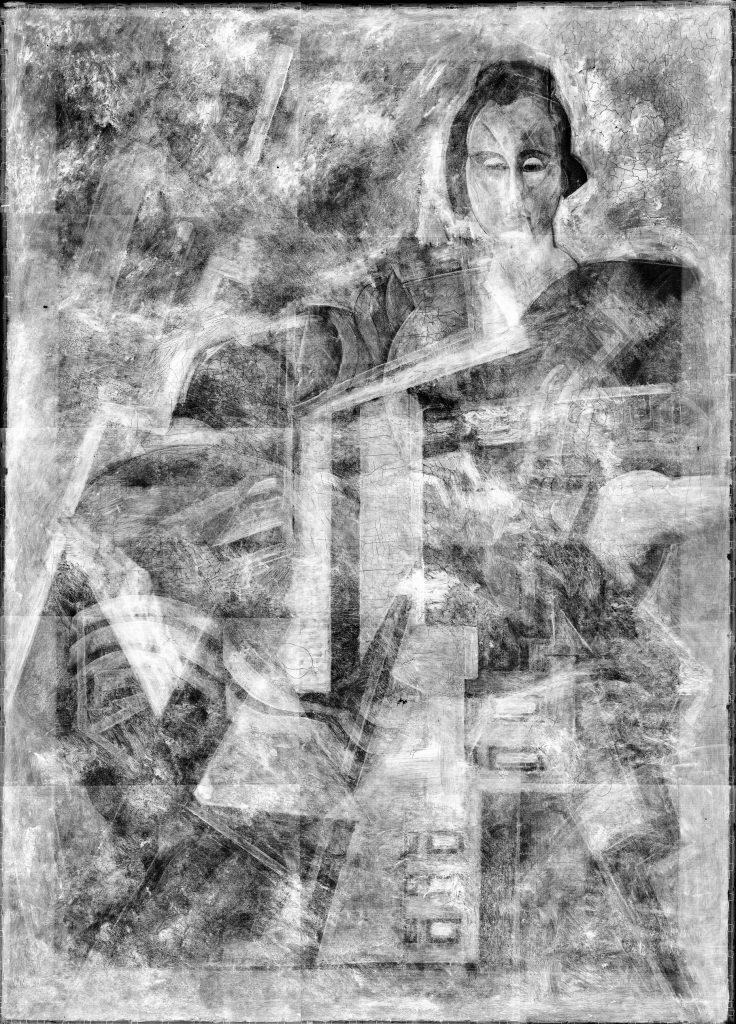 X-ray image of Lewis’s Praxitella on top of Saunders’s Atlantic City. Courtesy of the Courtauld.

Using X-ray imaging, the researchers were able to identify the bold geometric lines of Saunders’s abstracted depiction of the urban landscape.

“We realized that when we turned the [ magazine reproduction] of Atlantic City upside down, it had striking similarities with the composition seen in our X-ray of Praxitella,” Chipkin and Kohn said in a statement. “We were flabbergasted.”

“It has taken 100 years to rediscover they continued. “It gives hope that there are other hidden Vorticist paintings waiting to be found.”

The painting, along with images of the X-ray, and a partial reconstruction of Atlantic City will feature in the upcoming exhibition “Helen Saunders: Modernist Rebel” at the Courtauld Gallery, opening October 14.