Home News With a Trio of Exhibitions in Paris, Philippe Starck Reflects on the... 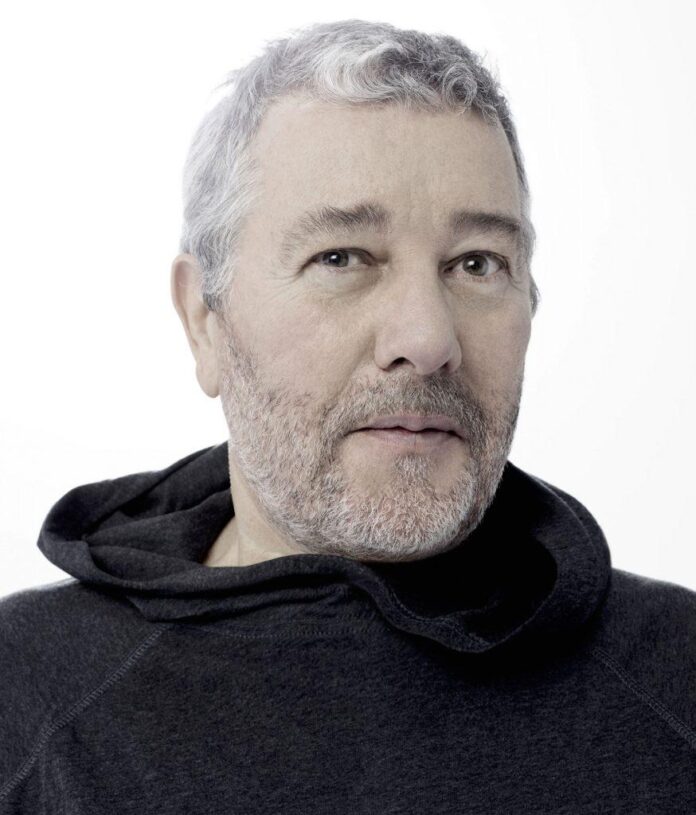 French designer Philippe Starck’s pioneering work from the 1980s, which unabashedly subverted classical forms, is spotlighted in a trio of exhibitions in Paris. They evince the zealous interest in Starck’s output from that decade, which led to his becoming a household name through industrial products such as the lemon squeezer, Louis Ghost chair for Kartell, and innumerable hotels and restaurants worldwide.

Starck’s furniture pieces are included in the multi-disciplinary extravaganza “Années 80. Mode, design et graphisme en France” at the Musée des Arts Décoratifs (through April 16) alongside furniture by fellow designers Martin Szekely and Elisabeth Garouste and Mattia Bonetti, as well as Jean-Paul Goude’s graphic photography of Grace Jones and fashion by the likes of Jean Paul Gaultier and Thierry Mugler.

His work is also the subject of two gallery shows: “Ubik,” the title of Philip K. Dick’s science-fiction novel after which Starck named his agency, at Ketabi Bourdet (January 20–February 18) and another at Jousse Entreprise (March 10–25).

Yet Starck, renowned for his radical and humorous vision, is bemused by the renewed enthusiasm for his 1980s production. “I’ll reuse the words of a friend: Getting older is awful,” he told Artnet News at Ketabi Bourdet’s preview. His attendance was a surprise for the gallery, which mounted the exhibition without his input.

“I don’t think anything of the past; I’ve always thought about the future but never about the past,” continued Starck, whose fascination with futuristic forms and materials comes from his father, an aeronautical engineer. “I’m very happy to see all this here with all these charming people, but it doesn’t concern me.”

Asked about the spike of market interest in his 1980s pieces, he added: “It’s completely artificial because they think that I’m going to die, so one must increase the market value. It’s normal speculation in the field of artistic creation.”

“What’s interesting is that the pieces were made with nothing,” Starck recalled. “We had zero money, no one believed in us, there was no investment, we produced the pieces ourselves. It really was an incredible adventure.” 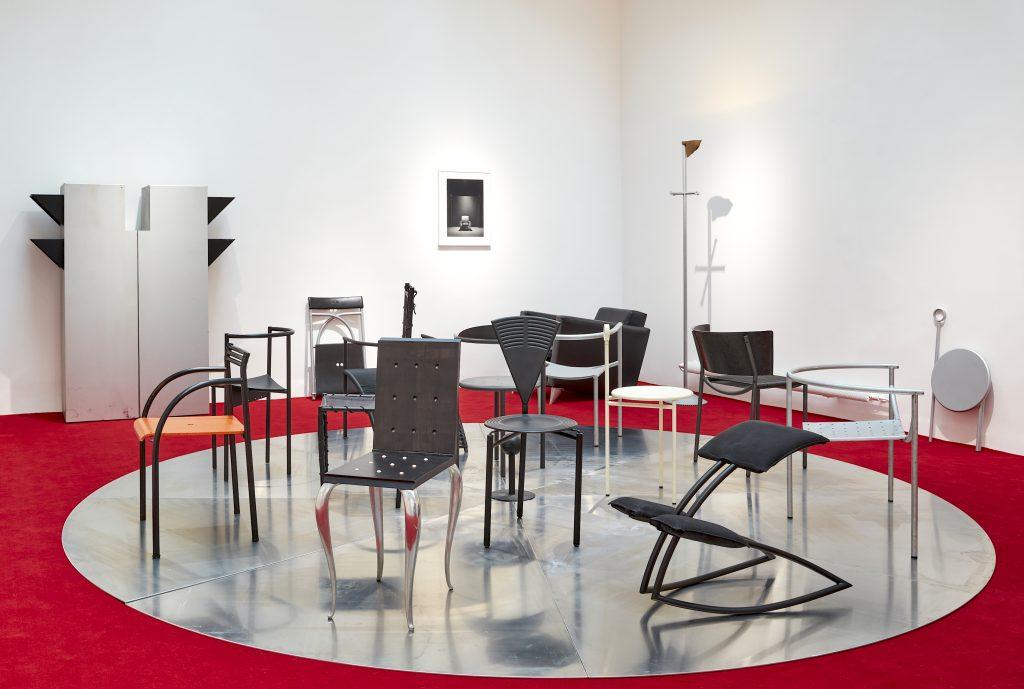 The show presents Starck’s greatest hits alongside rarer pieces and exemplifies how he invariably quashed conventions, such as the traditional four-legged chair. Among these pieces are the Pat Conley II armchair (1983), its seat gracefully sloping to the ground; the Dr Sonderbar armchair (1983) in stainless chrome metal, its ellipsoidal form standing on just three legs; the black, highly graphic chairs Miss Dorn (1982) and Wendy Wright (1986), and the neon Easylight (1979), reminiscent of Dan Flavin’s sculptures.

Prices reach as high as €65,000 ($70,704) for the rare sofa (1987), which has been purchased by a Hong Kong-based foundation. Other pieces have been sold to younger buyers for whom the exuberance of the 1980s is a relative discovery, according to the gallery.

“Starck is the designer who really embodied the 1980s through advertising and unrestrained craziness,” said Paul Bourdet, co-founder of Ketabi Projects. Bourdet started collecting Starck’s furniture in 2015 while working at Galerie Downtown François Laffanour prior to inaugurating his gallery with Charlotte Ketabi-Lebard. “I was really looking at who could be the next [designer] in the market after Jean Prouvé and Pierre Paulin,” he explained.

Across the Seine in the 1980s exhibition at the Musée des Arts Décoratifs are pieces that pinpoint Starck’s institutional importance. Fauteuil Club (1983) was acquired during François Mitterrand’s presidency for the bedroom of his wife, Danielle, at the Elysée. Typifying Starck’s anti-bourgeois approach, Fauteuil Club upended the affluent association with classical armchairs by emptying the inside and embedding an aluminum-molded seat and two metal legs—eventually with just one. 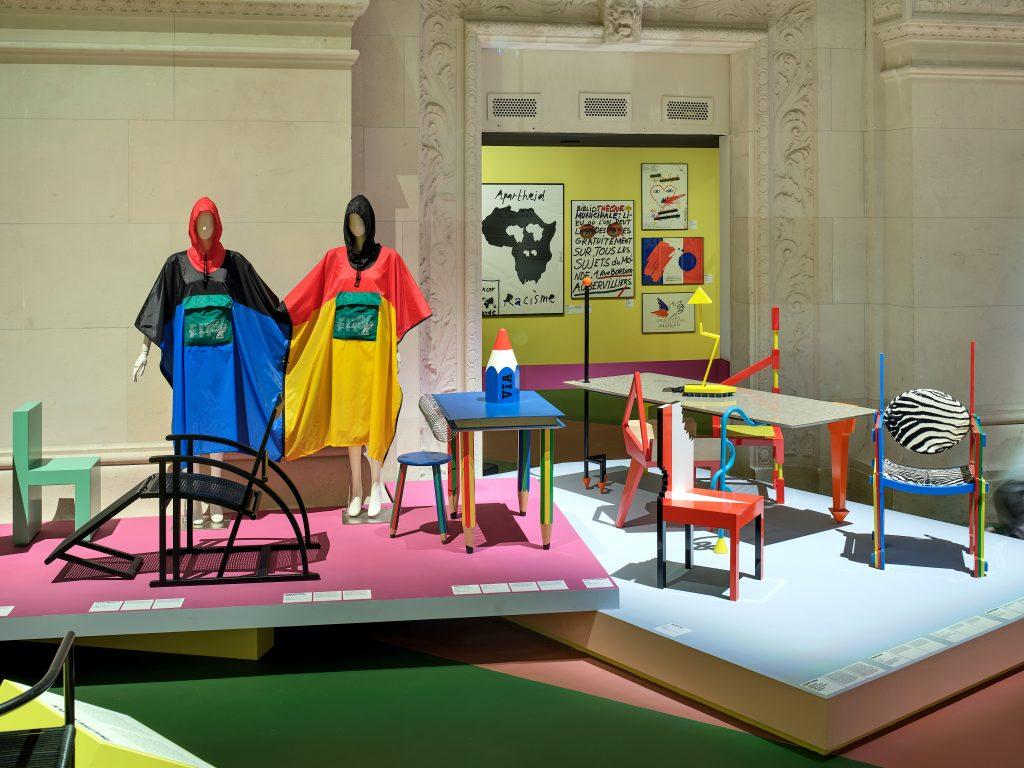 “Starck is the best-known designer [from the 1980s] because he popularized design; his father transmitted to him the idea that research was a mission and that one should create for the largest number [of people],” said Karine Lacquemant, the exhibition’s co-curator. “His journey remains emblematic, from his commitment to innovative design to his talent as an interior designer (Les Bains Douches nightclub)—marking the decade with his visionary spirit.”

The prices of his works from the 1980s are still relatively affordable, according to Florent Jeanniard, co-director of design at Sotheby’s. “The pieces that didn’t encounter commercial success at the time and are rare today are among the most popular and sought-after works,” Jeanniard said. “These prices, to some extent, are still accessible, enabling a generation of new and young collectors to make acquisitions.” 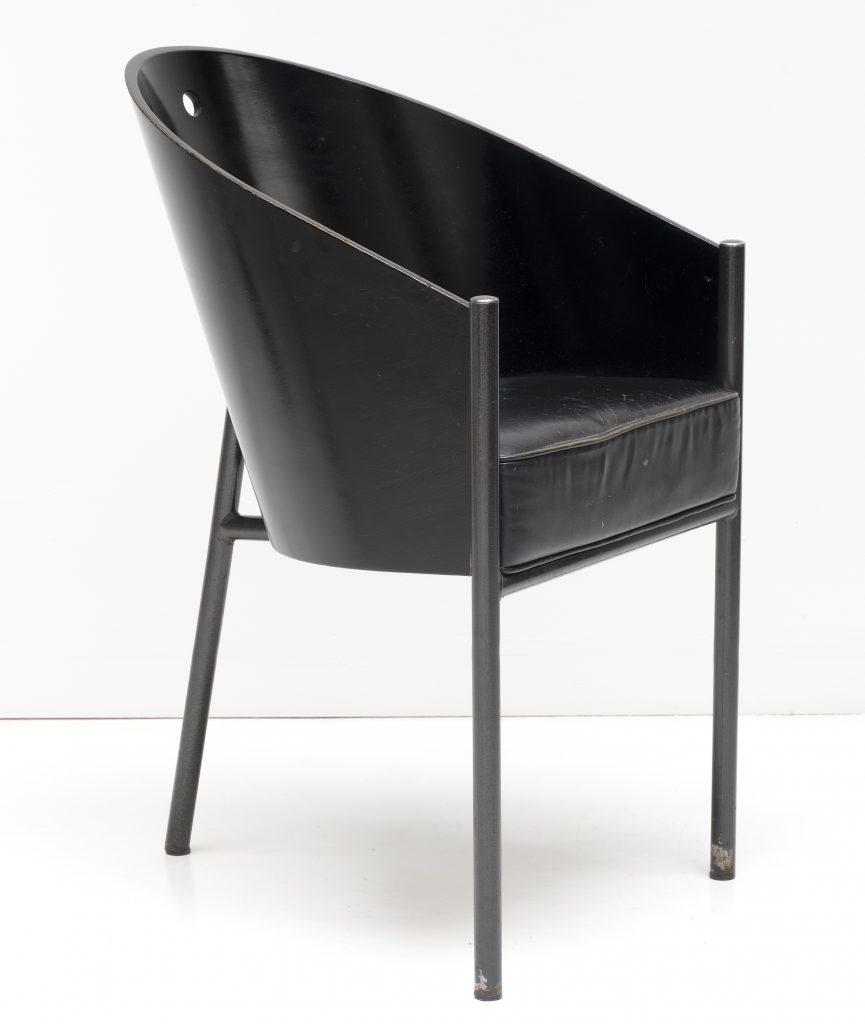 Indeed, Jousse Entreprise’s show on Rue de Seine on the Left Bank will feature several prototypes made for specific commissions. On offer will be a 1984 prototype of the three-legged chair for Café Costes restaurant in Paris (priced at €70,000) and a 1988 prototype of a chair for the Royalton hotel in New York, besides the refined Phil Lizner bar stool for Manin restaurant in Tokyo.

“I discovered Starck as a teenager and when I visited the Royalton in New York, I found it revolutionary because it was the precursor of boutique hotels,” said gallery director Matthias Jousse, who started collecting Starck’s works six years ago. “Starck is one of the only French designers known internationally, like Andrée Putman. What he made was very contemporary for its era [and] is still very contemporary in 2023.”