Home News ‘With the Wrong Prints, Your House Could Look Like a Dentist’s Office’:... 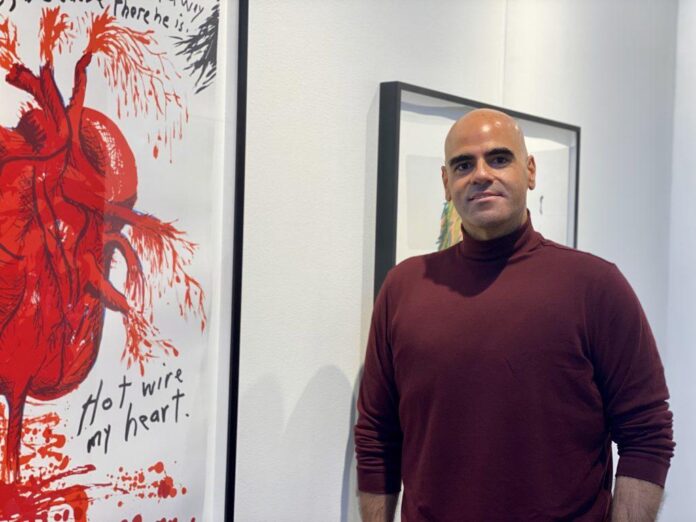 It was the day before the VIP preview of the IFPDA Fine Art Print Fair when I cold called art advisor and collector Ralph DeLuca, best known for his collection of 5,000 vintage posters, and asked him if I could shadow him around the event’s opening at New York’s Javits Center. He happily agreed.

When I arrived at the fair—after bumping into Trish-the-Dish, unwitting guest star of Nathan Fielder’s —DeLuca had already been perusing the aisles with art advisor Todd Levin. The two are now close friends, but for the first decade of DeLuca’s collecting life, it was Levin he trusted to make sure he was spending his money wisely.

“I realized, you’re going to make very costly mistakes on your own, or you pay an advisor a fee to save you from those mistakes,” DeLuca told Artnet News.

At age 46, he’s since diversified his holdings to include photographs and paintings in addition to his famed poster collection, which has been the subject of exhibitions in New York at Chelsea’s Poster House museum and at Salon 94. But it all started with prints, specifically one from Salvador Dalí’s “The Divine Comedy” suite that he bought for about $500 using his birthday money, at age 13. 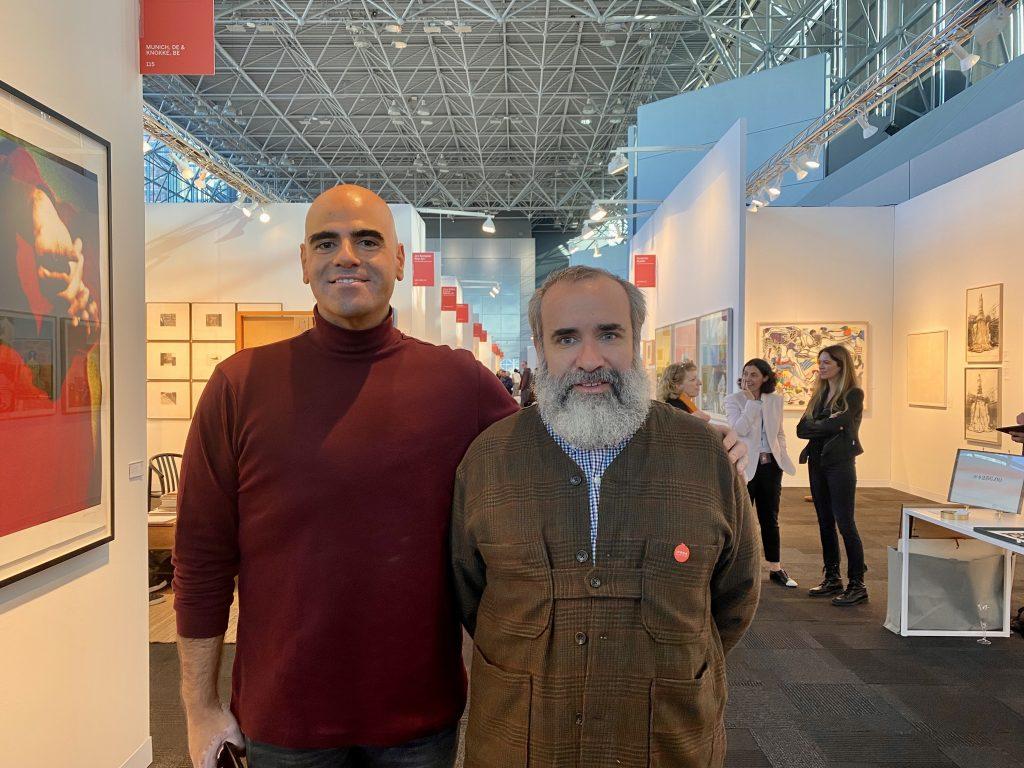 “I still have it,” DeLuca said. “It’s probably worth less than I paid, but I don’t care!”

Through collecting over the years, he’s learned that there are lots of prints that quickly appreciate in value. To illustrate that point, DeLuca took me over to the Hauser and Wirth booth.

“Here’s a great Rashid Johnson print. Part of an edition of 51, I think it was $60,000 each—sold instantly, huge waiting list. If someone was to flip it at auction—which is frowned against, which they shouldn’t do—this print is probably worth $120,000,” he said.

DeLuca’s most recent print purchase was a similar piece by Johnson in red, not blue, but it was still the print he would have most would have liked to bring home from the fair—not that that was an option.

“I knew it was sold immediately. I asked, and I was told it wasn’t available,” DeLuca said. “This is probably one of the most in-demand prints at the fair.”

That’s in part because prints are a relatively affordable entry point for many artists’ work. 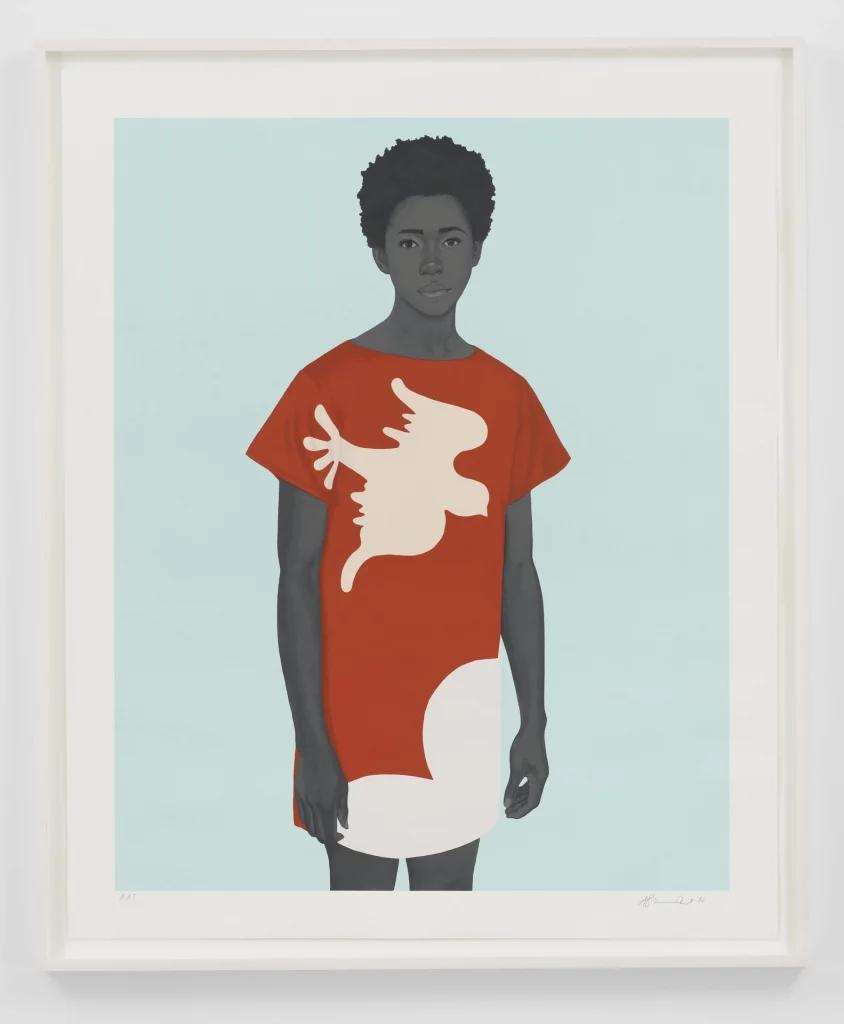 “A painting this size,” DeLuca said, pointing to the Johnson, “would probably be $900,000 on the primary market, $2 million on the secondary. But a museum could buy the print.” (He was very close: the original painting version of the work actually sold for $2.55 million at Christie’s New York last November.)

Walking around the fair, he was disappointed that the aisles didn’t seem to have the same energy as some of the major contemporary art fairs, where he’s gotten used to spotting millennial collectors.

“It’s kind of sad. Basel, Frieze, it’s a much younger market,” DeLuca said. “Prints seem to be much more niche, and for the most part don’t seem to attract the younger collectors.”

He sees prints as a missed opportunity, especially with the recent rise in prices for work by emerging artists, long seen as an affordable way to start collecting. So if you want to get into prints, DeLuca suggests establishing relationships with dealers, to get advance warning when a new edition might be coming out.

“It’s a good way to get in with a gallery—’I’m interested in the work, and I’ll start with a print,’” he said. “And there’s a real sense of urgency, because a lot of editions sell out really quickly.”

Knowing what’s on the horizon can help you snag a work alongside priority clients with longterm relationships with the artist or gallery, especially when dealers are prioritizing museum placements. (A new print by Amy Sherald at Hauser, for instance, was on hold with an institution, the gallery told DeLuca.)

“For a fraction of the cost of paintings, you could build a really important collection, if you’re patient and you really study the market,” DeLuca added. “Prints are amazing—with the right prints. With the wrong prints, your house could look like a dentist’s office.” 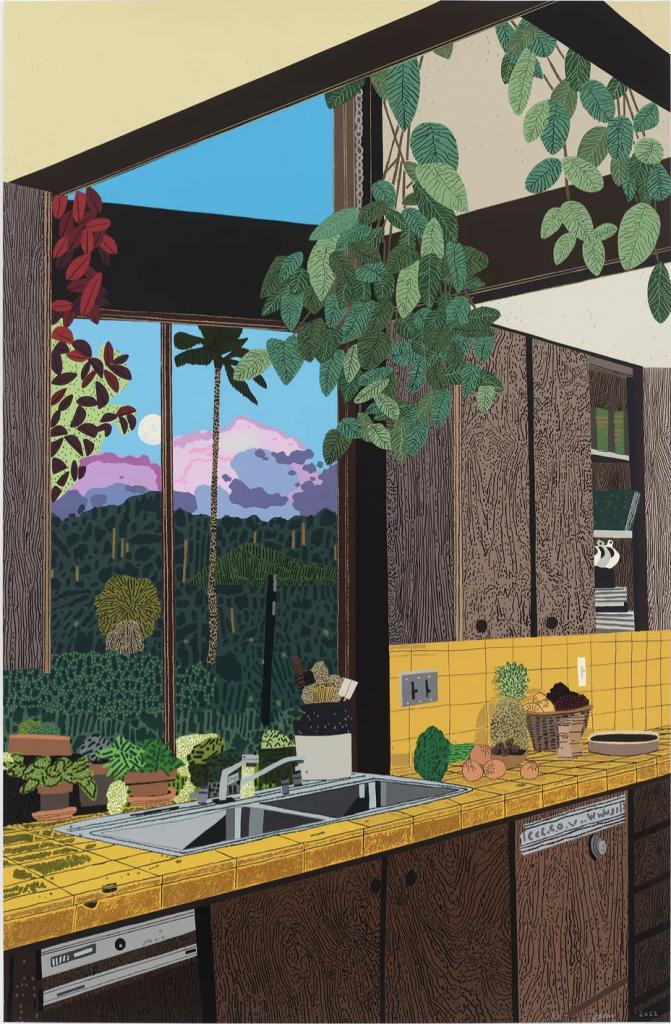 Throughout the fair’s aisles, DeLuca identified a few standouts that would never run that risk. Among the contemporary work was a new Jonas Wood print for $25,000 at Los Angeles’s Aliso Editions, a pair by Raymond Pettibon at David Zwirner for $5,000 and $10,000, and an early Nicole Eisenman for $15,000 at Brooklyn’s Jungle Print Editions.

There were also a handful of more historic works that had caught his eye, such as Pablo Picasso’s (1937) at New York ‘sJohn Szoke Gallery.

“This is probably a seven-figure print, but it would be an $80 million painting,” DeLuca said. “This print is worthy of hanging next to anything. It’s a masterpiece of a print. There are some Picassos prints are as nice, but they’re not as important!” 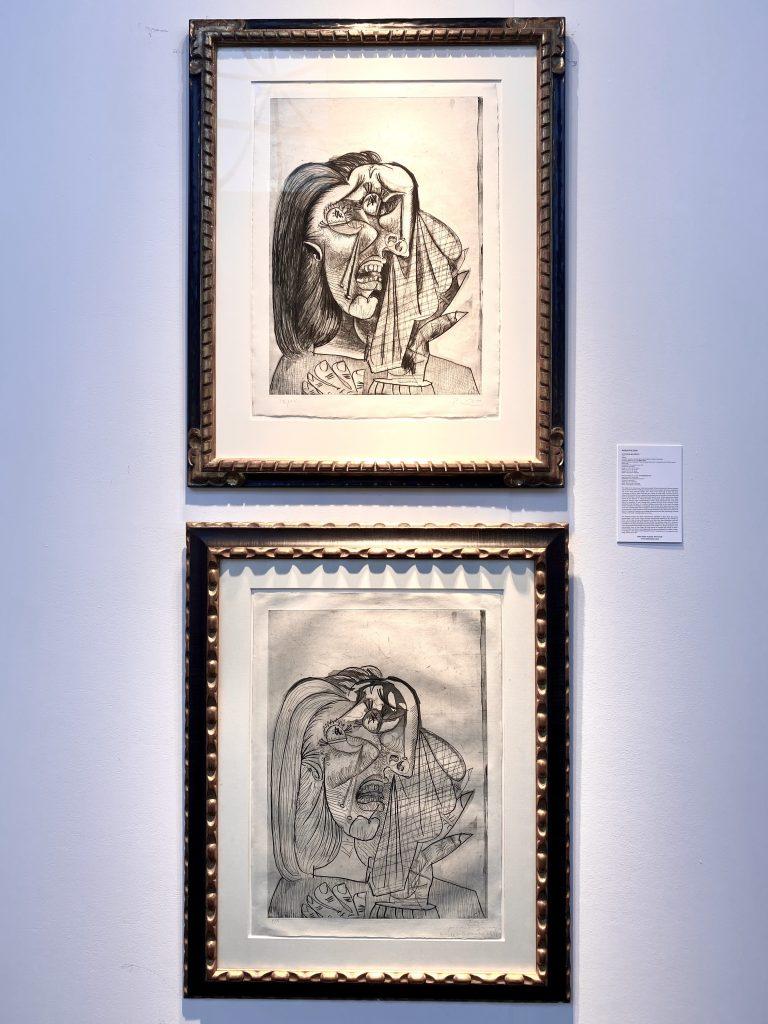 For DeLuca, the true test of a good print is bound up in the circumstances of its creation.

“I want the artist to really be intimately involved in the making of the print, where they look at it as a real extension of their practice—not just as a way for them to cash in on the same picture,” he said. “I wouldn’t buy a Francis Bacon print because it’s almost like a glorified Xerox.”

As if on cue, DeLuca stopped to greet Cary S. Leibowitz—a talented print artist who also happens to be the worldwide co-head of editions at Phillips auction house. The two agreed that they both loved the juxtaposition of a Bruce Nauman lithograph, , beneath Richard Artschwager’s  at New York dealer Brooke Alexander’s booth. (They also talked a bit of real estate—DeLuca is looking to buy a home upstate, and Leibowitz lives in Ghent, New York.) 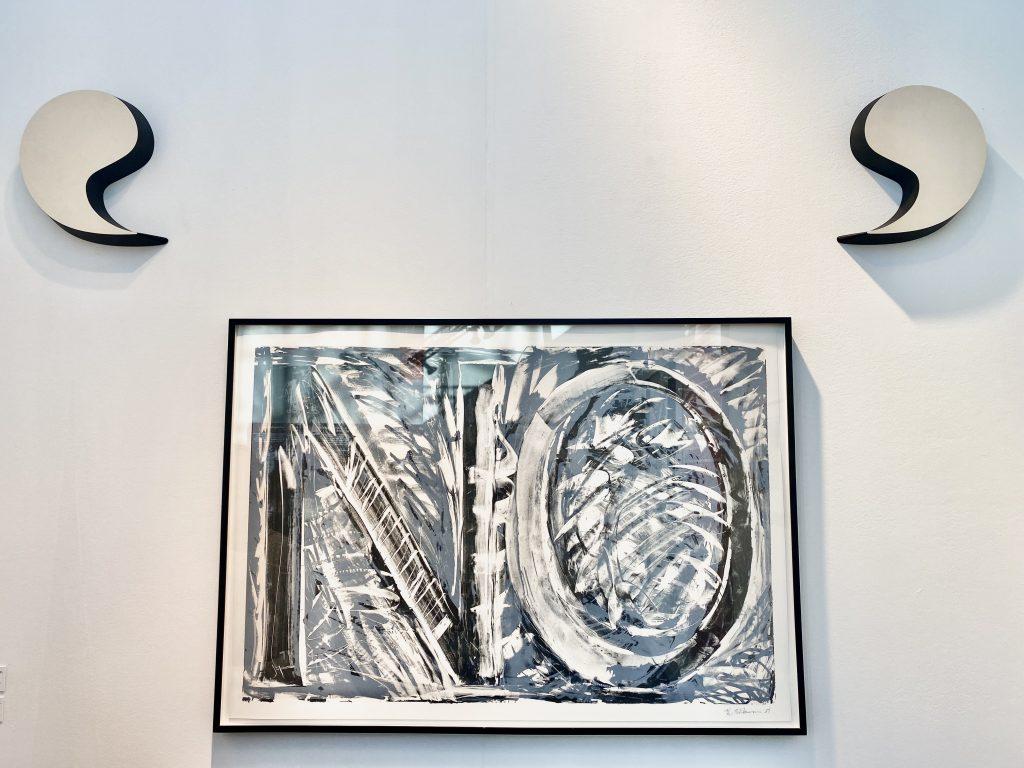 As we continued on, DeLuca gave me another tip. If you get to know auction house print specialists, they can sometimes give you the inside line on a second version of a work that recently sold and won’t be offered in a public sale out of fear of over-saturating the market.

“Sometimes they’ll place one privately for the same price,” he said. “Or even a little bit less!”

How do you place a price tag on art in an age of perpetual crisis?