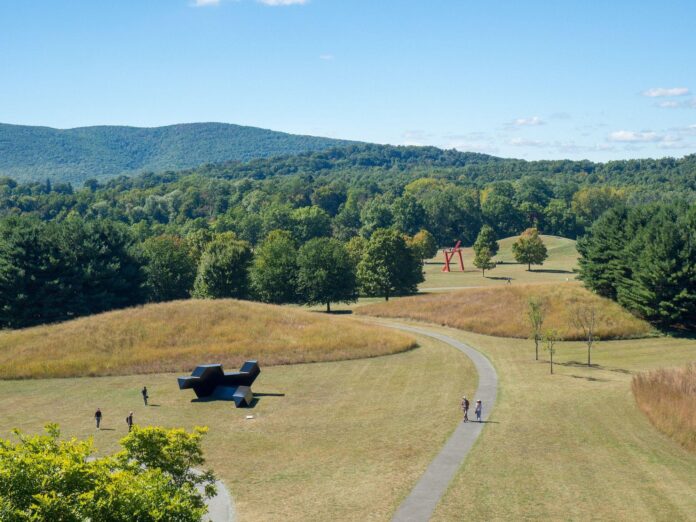 Staff at the upstate New York sculpture park and foundation Storm King Art Center announced their intention to unionise late last month. The organisers, including workers from multiple departments of the foundation and the park it operates, are seeking to join the Civil Service Employees Association (CSEA) and an international affiliation with the American Federation of State, County and Municipal Employees (AFSCME).

The staff members’ organising efforts follow Storm King’s announcement in August of an ambitious $45m revamp of its campus and facilities. It also comes ahead of a charity auction at Christie’s in early December, when donated works by Richard Serra, Ursula von Rydingsvard and Rashid Johnson, among others, will be offered during a contemporary art day sale to raise funds in honour of the organisation’s upcoming 60th anniversary.

“We hope Storm King Art Center will adhere to its values and promptly agree to a neutral election,” a CSEA spokesperson tells The Art Newspaper. “Regardless of job title, the workers have in common their love of the museum and its mission, especially programmes that make Storm King’s art accessible to people who might not otherwise have the opportunity to visit. Having a democratised workplace stands to benefit Storm King Art Center and only enhance its programming and customer service. We hope management will look to institutions such as the Walker Art Center, the Museum of Contemporary Art [Los Angeles] and the Academy Museum of Motion Pictures, whose leadership agreed to voluntary recognition when workers there organised.”

Thus far, however, Storm King’s administration has not opted for voluntary recognition of the union. As a result, the unionising workers petitioned the National Labor Relations Board (NLRB) for a date to proceed with union elections. The issues prompting the unionising effort echo problems motivating the broader labour movement in the cultural sector, including pay equity, healthcare and equitable wages and benefits that reflect current needs and living costs.

“We respect our colleagues and are thankful for each person’s skills, individuality, professionalism and dedication,” a Storm King spokesperson says. “This support and respect extends to some team members’ decision to explore committing to a union and we look forward to engaging with our colleagues, the Civil Services Employees Association Local 1000 and the National Labor Relations Board during this process.”

The spokesperson added: “A core element of Storm King’s strength as an organisation is engagement in open communication. We recognise that a shared commitment to Storm King’s mission must also make space for the varied needs of individuals across the organisation. We continue to welcome dialogue with our colleagues as we move forward with this process.”

Storm King’s campus revamp, expected to be completed in 2024, follows a period of surging attendance at the beloved sculpture park. Annual visitor numbers have tripled since 2012 and are expected to total 240,000 this year.

To Criticize ‘Excessive’ Copyright Protection, a Law Professor Minted NFTs of a Warhol Work That’s Now the Subject of a Supreme Court Case