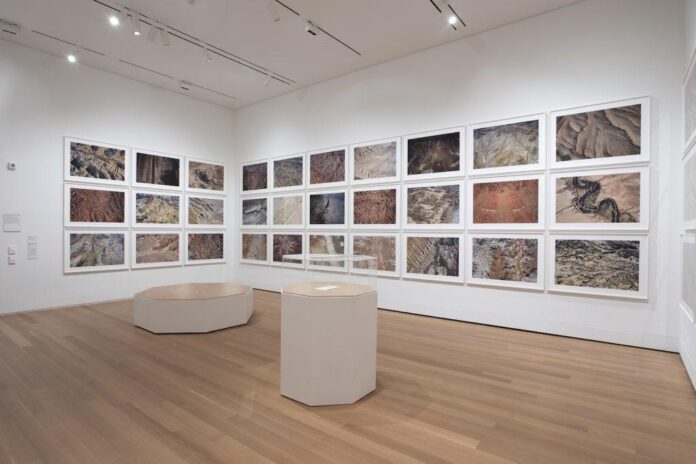 A largely empty box sits atop a plinth in the center of Fazal Sheikh’s current exhibition at the Yale University Art Gallery.

The container was meant to hold an offering from a Diné Spiritual Advisor the artist met and befriended while working on Exposure, a photo series—included in the Yale show—about the displacement of the  Indigenous communities in the American Southwest caused by environmental extraction. But ahead of the show’s opening in New Haven, Connecticut in September, the museum notified the artist and the advisor that it would not display the offering.

The reason behind the decision, a spokesperson for the institution told Artnet News, was that the “offering contained objects of cultural and ceremonial significance” to the Diné people.

“The Native American and Indigenous cultures in Connecticut did not think it was appropriate to publicly display the ceremonial materials in the offering as artwork,” the representative said. “The gallery’s decision to not display the full offering was made out of sensitivity to the local tribes and tribal lands that Yale is on.”

“There are many complexities to displaying Native American ceremonial objects at a museum,” the gallery’s director, Stephanie Wiles, added in a statement.

Now, the only item in the box meant to hold the offering is a note, written by the artist, that reads Erasure / People Land Culture.” 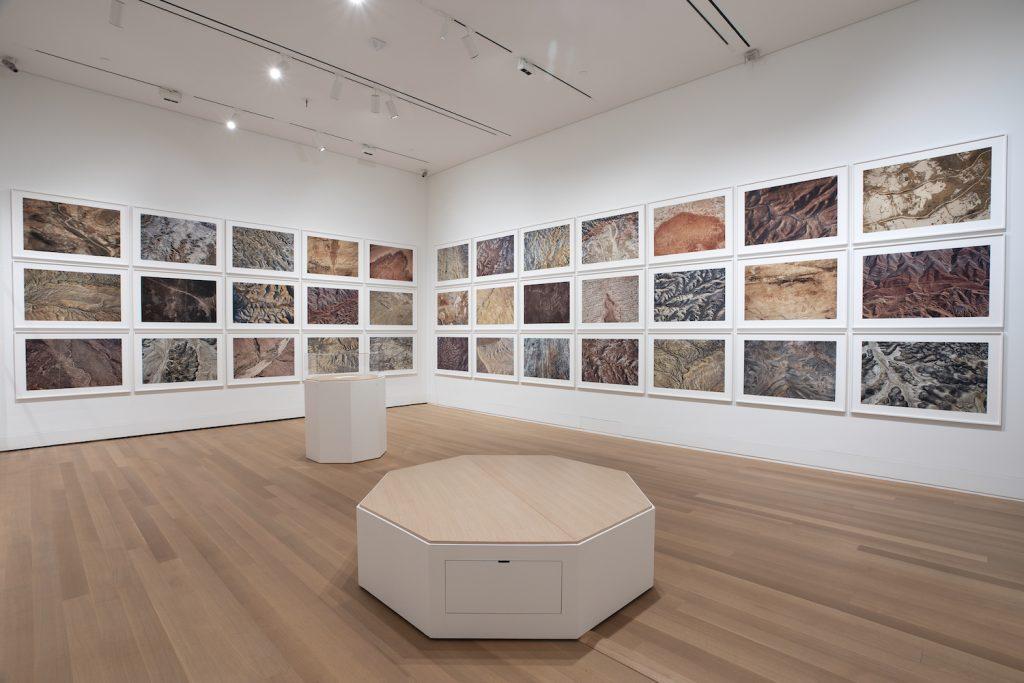 Arranged by a Utah-based Diné elder named Jonah Yellowman, the offering contained a Navajo ceremonial basket; an arrowhead; an eagle-bone flute; bundles of medicine; and pouches of white corn, cedar, and sage, among other objects. Sheikh previously included the gifts in his presentation of Exposure in “Toward Common Cause,” a group exhibition at the University of Chicago’s Smart Museum of Art in 2021.

He planned to do the same thing at Yale. But in July of this year, two months before the proposed opening, members of the Yale Art Gallery’s curatorial team—including Judy Ditner, an associate curator of photography, and Royce Young Wolf, a postdoctoral associate in Native American art and curation—arranged a Zoom meeting with Sheikh and Yellowman to discuss the offering.

“We made it very clear to them that this was not a question of repatriation,” Sheikh told Artnet News. “This is not work that is sequestered within the vault of a museum. This is something that is being offered on loan as a kind of gesture of understanding of [Yellowman’s] culture.

“As we explained to the curators, the objects that I was to bring as part of my offering were not actual ceremonial objects, but decoys, to be shared with the museum for educational purposes, to teach people about the Diné community,” Yellowman told the Yale Daily News.

But Ditner and her team informed the men that the offering would not be displayed in the show.

The artist called the discussion an “affront” against Yellowman. “During the course of this conversation, they were talking about trauma and disrespect, but they were in real-time disrespecting and re-traumatizing an elder who lived.”

The Yale University Art Gallery representative explained that before the museum’s curatorial team chose not to include Yellowman’s offering in Sheikh’s show, they “had conversations with Native American and Indigenous advisors in Connecticut, as well as national Indigenous cultural advisors,” which informed its decision. (Those consulted in the process asked to remain anonymous.)

The spokesperson noted that Yale curators discussed alternatives with Sheikh and Yellowman, but the parties “were unable to reach an agreement and the contribution was withdrawn,” according to the museum.

Sheikh clarified that after Yellowman’s initial offering was refused, the Spiritual Advisor suggested a second package comprising four ears of corn—one for each of the Four Directions as the Navajo origin story. But the gallery turned down the second offering, Sheikh explained, due to the special precautions required to show organic material. (The corn would have had to have been freeze-dried, per the museum’s rules.)

After that, the elder asked the artist to call him. His question to me was, ‘Why are we going there when they don’t trust us?’” Sheikh recalled. “Frankly, I couldn’t answer that question, because he was right.”

LETTER | “The curatorial team involved in organizing “Fazal Sheikh: Exposures” at the Yale University Art Gallery wishes to clarify some of the steps that were taken in our planning process.” https://t.co/N5dxJOlKmS

The artist considered withdrawing from the exhibition altogether. He ultimately chose not to after talking to Wiles, who offered to include an apologetic “Director’s Statement” in the show.

“The gallery wishes to apologize to the artist and to visitors alike for making a change to the exhibition immediately before its opening,” the text, which hangs near the pedestal, reads.

“At the heart of the Fazal Sheikh’s Exposure project is , a contemplative space that affords the visitor a chance to reflect on the landscape of the Bears Ears region in southeast Utah and the urgent necessity to protect these sacred lands. When the exhibition debuted at the University of Chicago’s Smart Museum in July 2021, the central element of In Place was the generous offering of Jonah Yellowman, a Diné Spiritual Leader, made as a gesture of reverence and healing.”

“However,” the statement goes on, “because of the museum’s ongoing self-examination, the pedestal here remains empty. We sincerely apologize to Jonah Yellowman and to all those involved in bringing this work before us. We hope that the exhibition as a whole, and In Place in particular, will generate a much-needed conversation among our visitors and our wider community about the protection of sacred landscapes and the treatment of Native communities.”

When reached for this story, Sheikh was in Utah. He had just completed a cross-country trip to return the offering to Yellowman, which he called a “restorative” process. The goal, he said, was “returning a balance to not only our relationship and the offering bundles, but to the underpinnings of what we’ve been attempting to engender by way of conversation.”