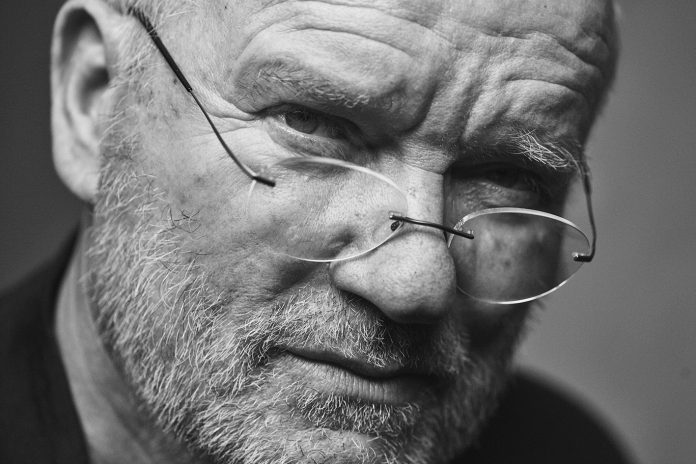 The media is publishing more and more articles on discrimination against women in terms of beauty. The fact is that in recent decades an absurd pattern has been imposed on the world: the weak half of humanity must be necessarily thin, perfectly and strongly dressed, cheerful, and fun. Wrinkles, wrinkles, pigment spots, and other skin imperfections are considered a terrible sin, and their owner – an unattended stretch. Many photographers of the 10s of the XXI century are struggling with this phenomenon, increasingly offering the audience an unexamined and natural female beauty. But it turns out that this problem arose quite a long time ago. Back in the 70’s photographer Peter Lindbergh (born November 23, 1944) took the path of this war, defending the rights of women to be ordinary people, not “photoshopped hangers”.

“This should be the responsibility of photographers today: to free women, and finally everyone, from the terror of youth and perfection,” he once said.

The famous photographer Peter Lindbergh, whose cinematographic and life-like images have defined the era, died September 3, 2019. This was confirmed by his agent directly to Vogue and published in his official Instagram account.

During more than four decades of his career, Lindbergh has captured the world’s greatest celebrities (from the Duchess of Sussex to Uma Thurman), and they looked absolutely natural. Lindberg preferred projects that did not require him to resort to retouching, a revolutionary step in the era of Photoshop and filters. Megan Markle said she enjoyed working with a German photographer during the cover of Vanity Fair 2017 because she knew that he would finally make the world see her freckles. “I don’t care about being true,” Lindberg told The Sunday Times in 2017, “that’s just the only thing I’m interested in”.

A tired woman is no less beautiful and fresh, he said. A lady of age is no less beautiful than a young beauty – the essence is that each one is beautiful in its own way. Lindberg has made a real sensation in the world of fashion photography: he photographed models without traditional hairstyles and pounds of makeup and did not retouch his shots. For example, at the works of the legendary master top model Christy Turlington looks very young, fervent, and natural.

Lindbergh’s destiny is full of twists and turns: he designed supermarket windows, worked on a farm, sold his paintings at the market, hitchhiked, and slept on the street – all of this helped him to rethink his life, become a different person and take photography seriously. But then the artist’s career developed rapidly: in just seven years, he turned from an amateur uncle, unskilfully photographing his own nephews, into an employee of Stern Magazin magazine. There, the unknown photographer was offered seven turns and in the morning he woke up famous. Soon Lindberg was already shooting for Harper’s Bazaar, Marie Claire, Vanity Fair, Rolling Stone, and Vogue US, where he was firmly established as a leading photographer.

And this photo was taken by Peter Lindbergh for the British version of Vogue in 1990. The five legendary models – Naomi Campbell, Linda Evangelista, Tatiana Patitz, Cindy Crawford, and Christy Turlington – look luxurious together. This picture is called the “starting point of the supermodel era”. It’s noteworthy that Lindbergh consciously gave preference to black and white shots. In his opinion, “b/w” reflects the personality of the model many times better than ordinary color photographs. 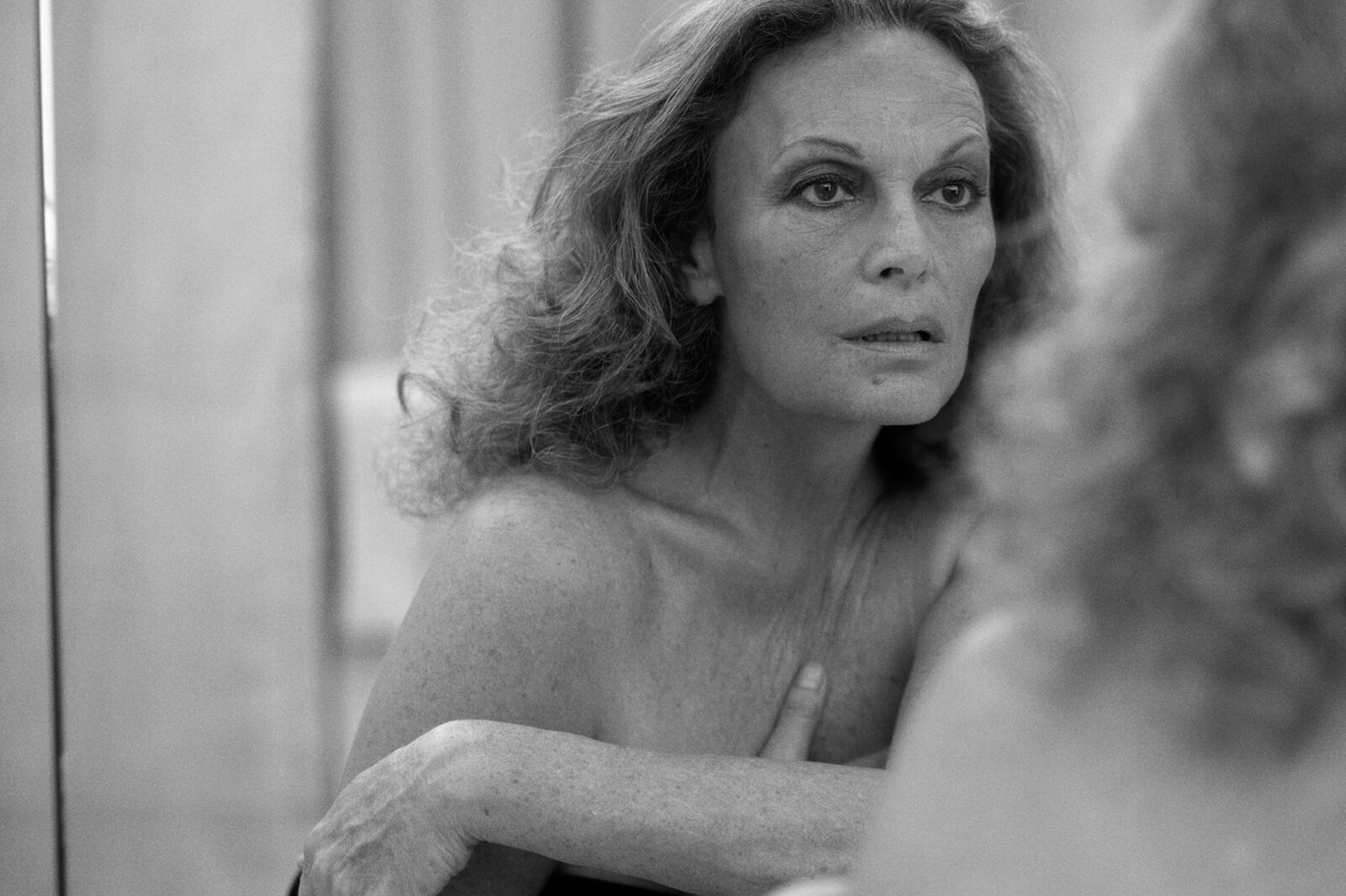 According to the photographer, they are too standard and advertising. In his book “Ten Women”, published in 1996 with a circulation of 100,000 copies, Peter just collected black and white photos of the famous models. Just like Naomi Campbell, Helena Christensen, Cindy Crawford, Linda Evangelista, Kristen McMenamy, Kate Moss, Tatjana Patitz, Claudia Schiffer, Christy Turlington, and Amber Valetta. Peter Lindberg took part in shooting the Pirelli calendar. 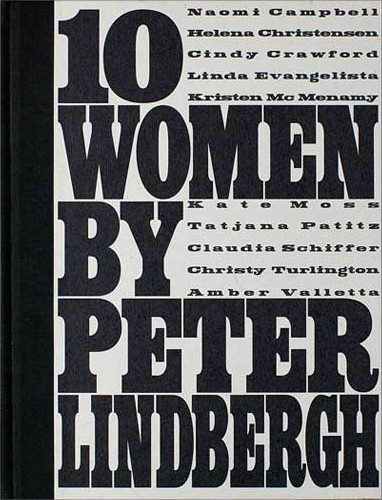 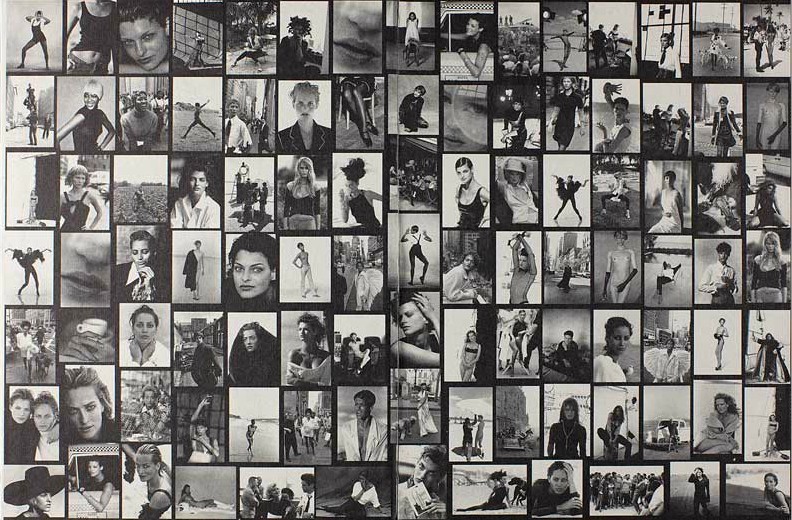 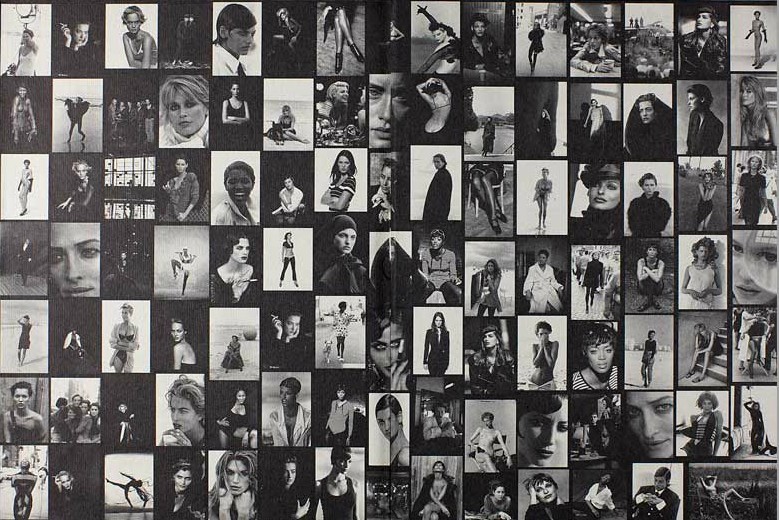 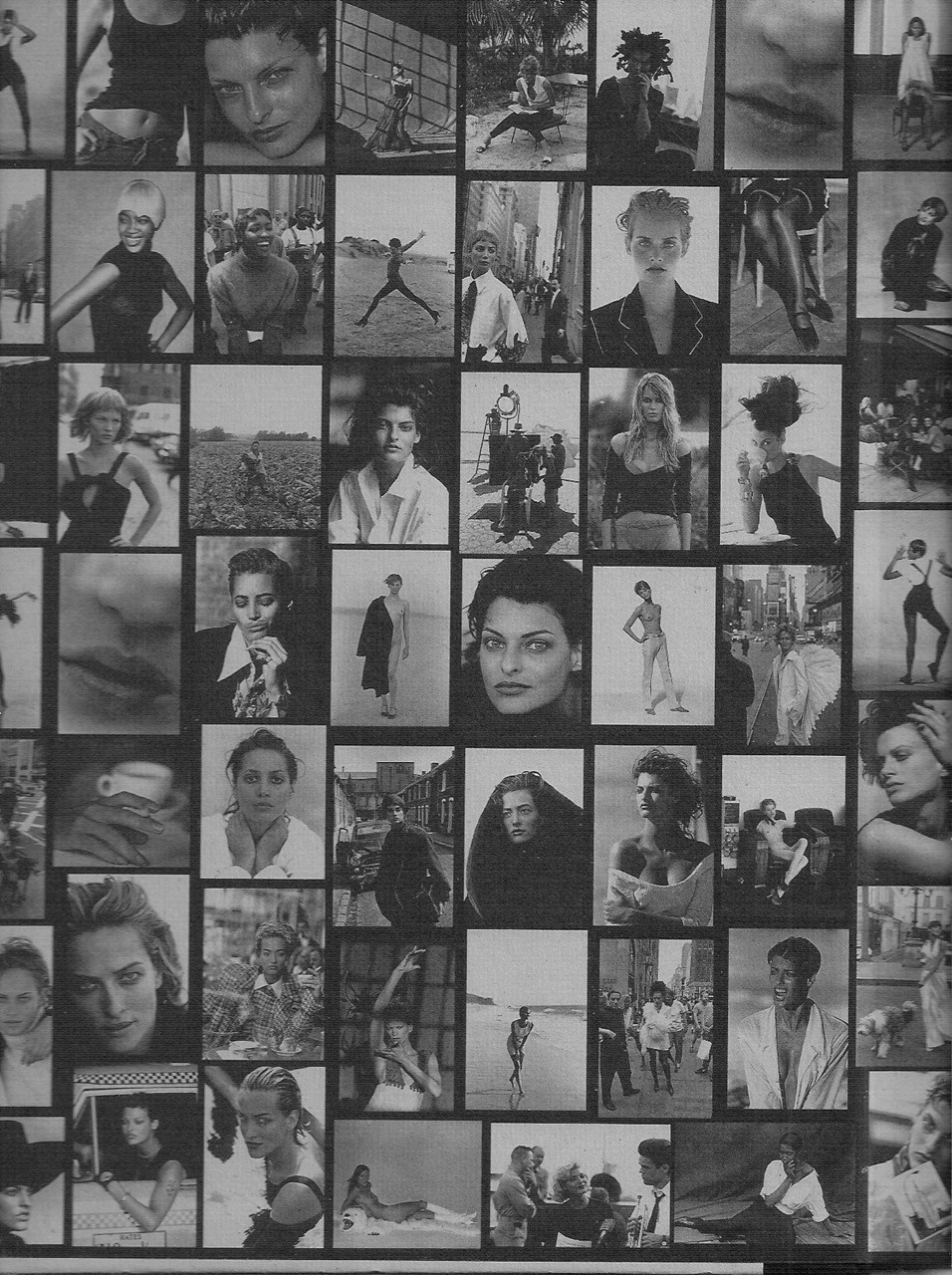 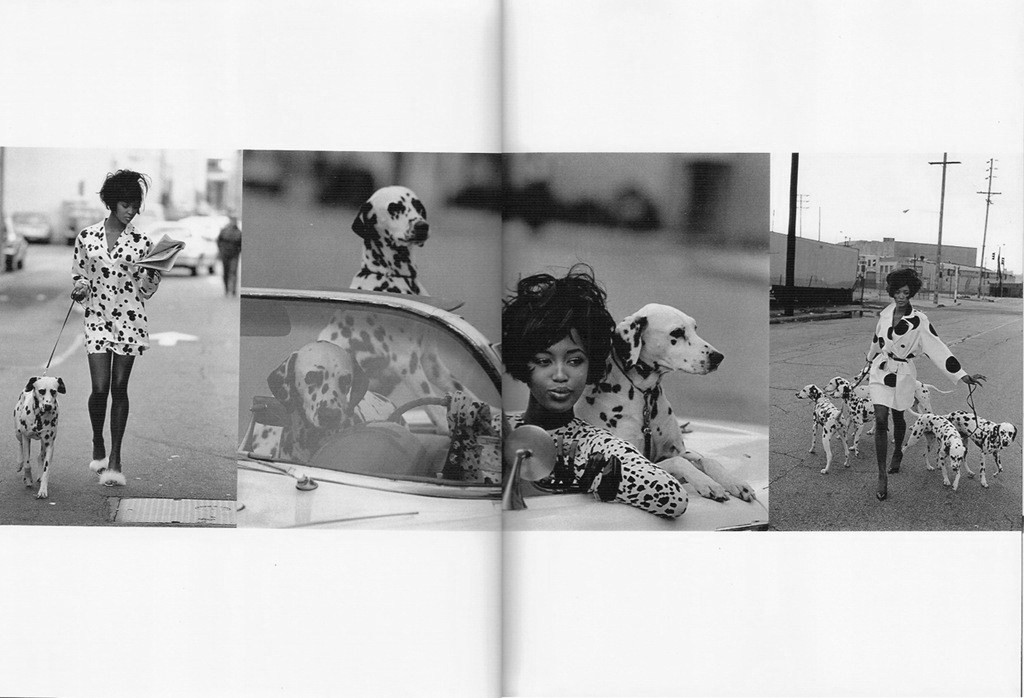 But unlike his colleagues who shot for the calendar twice (a record!), Peter worked for the cult project three times: in 1996, 2002, and 2014. In the 1996 Calendar, he photographed models Carré Otis, Nastassja Kinsky, Tatiana Patitz, Eva Herzigova, Navia Nguyen, and Kristen McMenamy. The 2002 calendar was called The Other Side of the Nude, and Lindbergh shot young Hollywood divas who were successful.

And in 2014, along with another famous photographer, Patrick Demarchelier, he “caught in the lens” Miranda Kerr, Isabeli Fontana, Alessandra Ambrosio, Alex Wek, Helena Christensen, and Karolina Kurkova. Doing static work for Peter Lindbergh didn’t seem to be enough. He started making movies. In the documentary “Models” (1992), he captured the most beautiful women of that time. In 1999, he released his second documentary film “Inner Voices”, devoted to the original acting technique. Then he made a film about a ballerina and choreographer, and after it another one – called “Everywhere”. This work was presented at the Festival de Cannes in 2007.

“The most important quality in Peter Lindbergh’s fashion photography is a forthright, almost shocking honesty,” once wrote American Photo magazine.

Perhaps it was the honesty that brought Peter such stunning popularity. In an era where lies and overly embellished reality have become the norm, it is so important to be able to see the real and the natural.

Lindbergh defended the right to his own artistic view, speaking of the importance of remaining primarily an artist, rather than becoming a paid employee who follows the ideas of editors or clients.