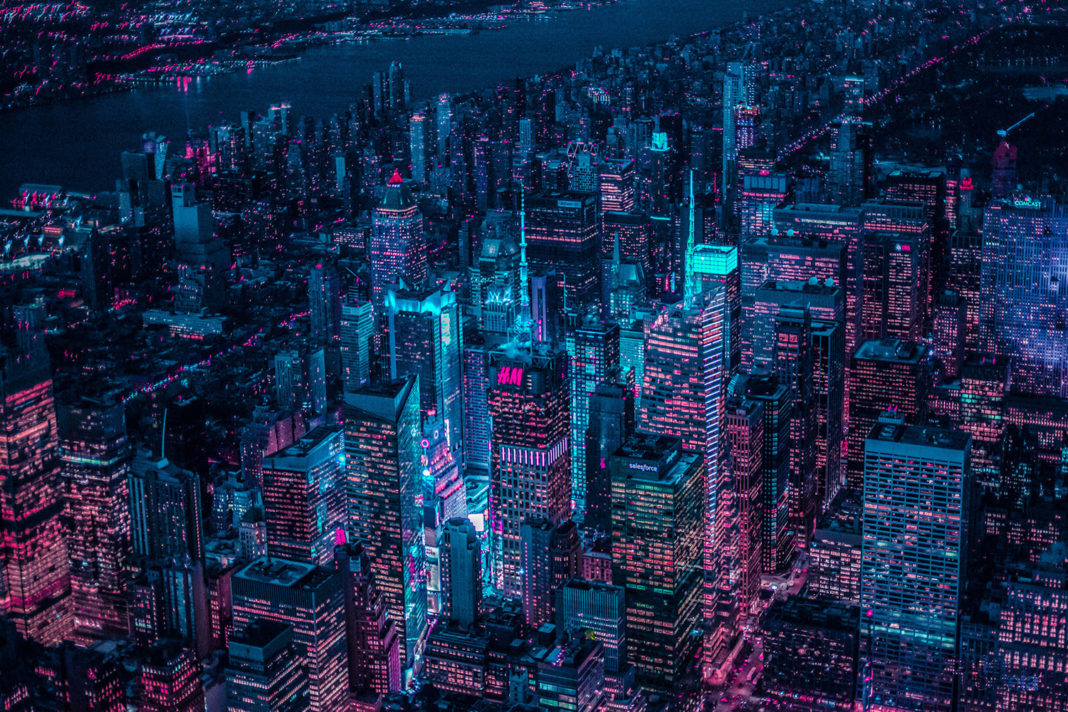 After a visit to Tokyo in 2014, self-taught photographer Xavier Portela became frustrated by how static and two-dimensional his images appeared. His photographs didn’t capture the emotions, acute stimulation of senses, or electric feeling one experiences while gliding through the bright lights of a foreign city with jet lag-induced insomnia. To explore this vibrancy and atmosphere Portela began to manipulate the colors in his images, amplifying their saturation to make each reflect what the brain remembered, but the original image couldn’t convey. 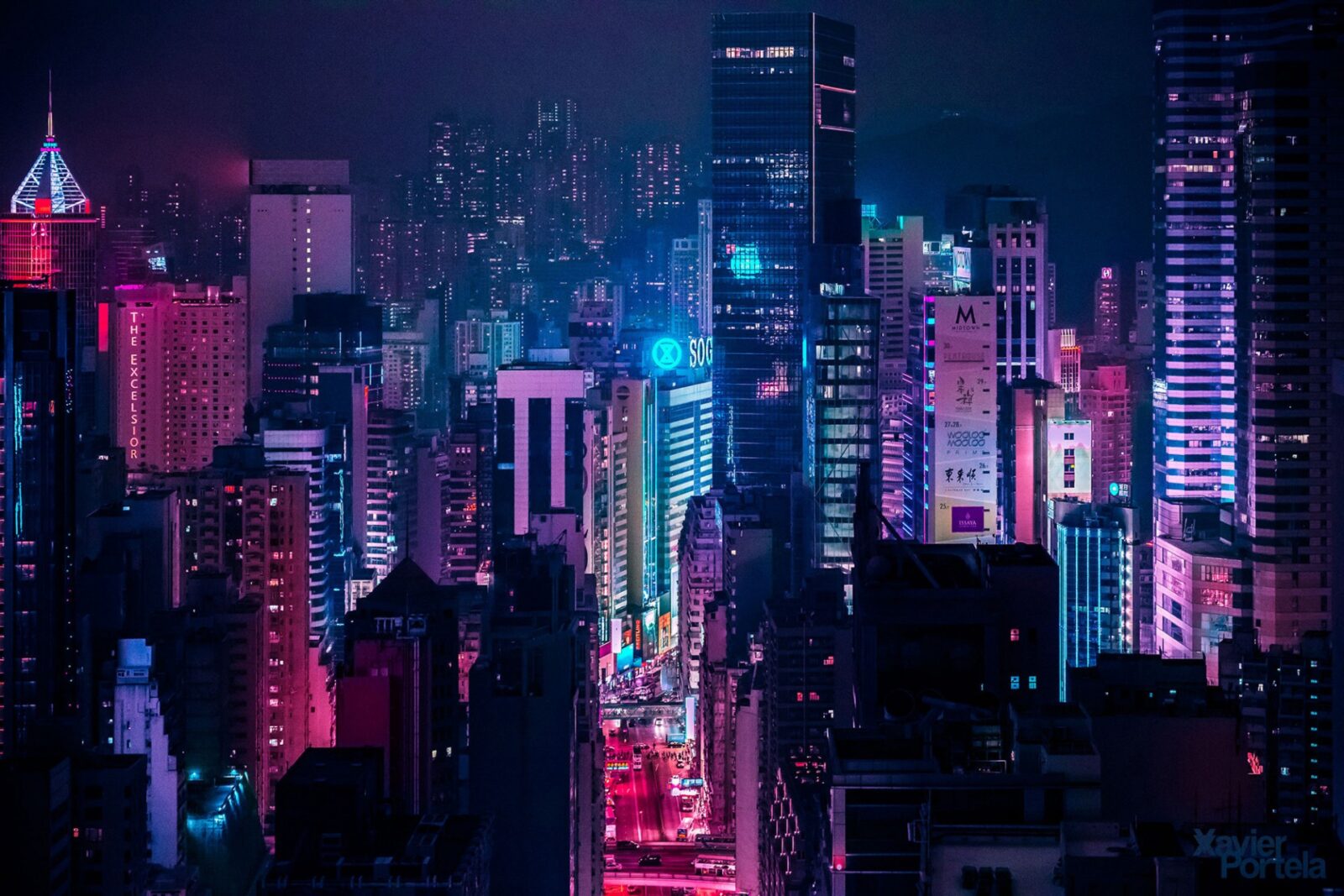 “When you are taking photographs on the streets you have way more than just a frame, you have variables like temperature, noise, people, smell,” Portela told. “You have tons of details that make our senses and brain record a specific ‘scene’ of that moment. When you got home and you look at your photographs on screen, you only have a frame in two dimensions. It’s frustrating how much information you just lost… I wanted my shots to look like as if they came straight out of a manga. Vibrant and electric.” 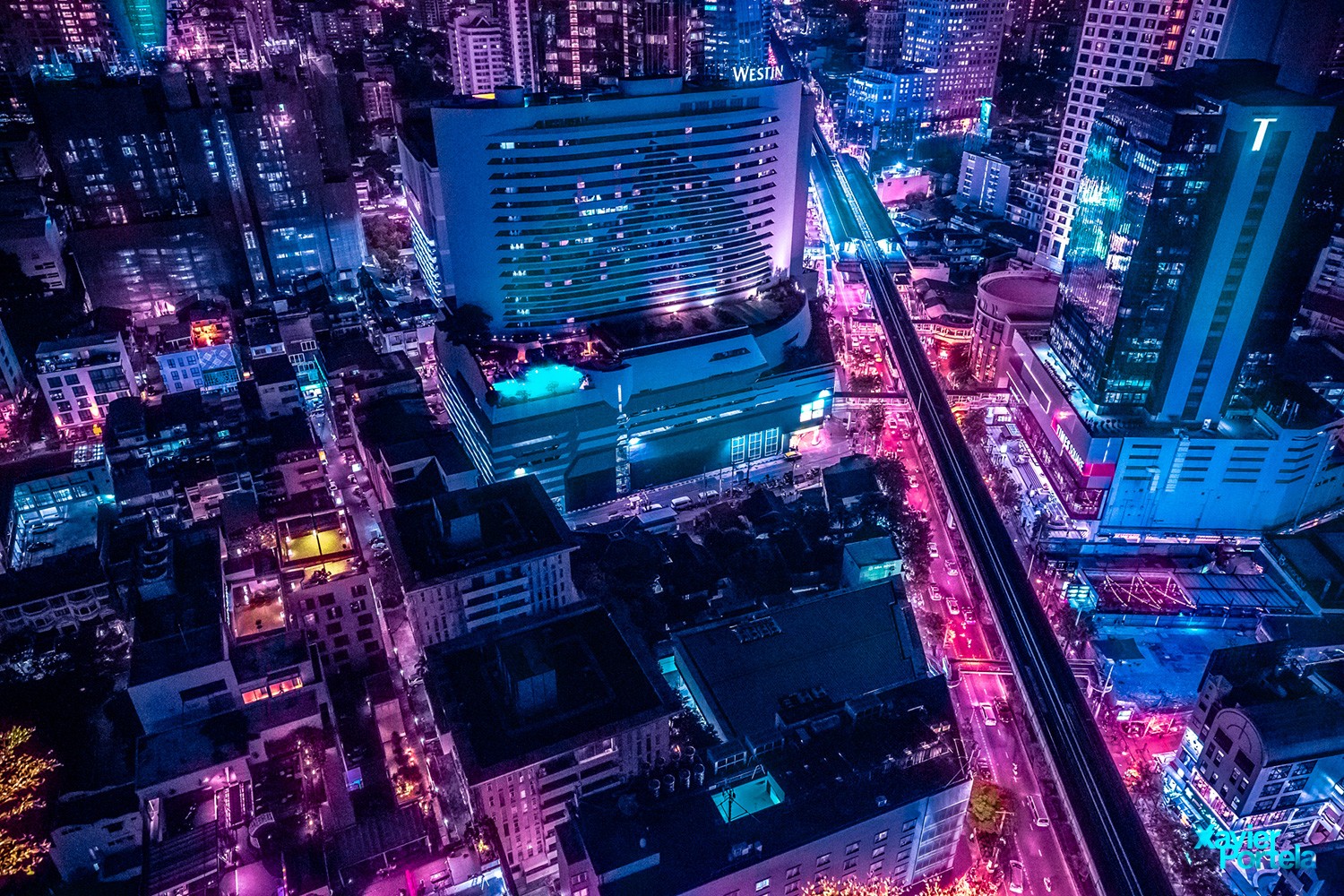 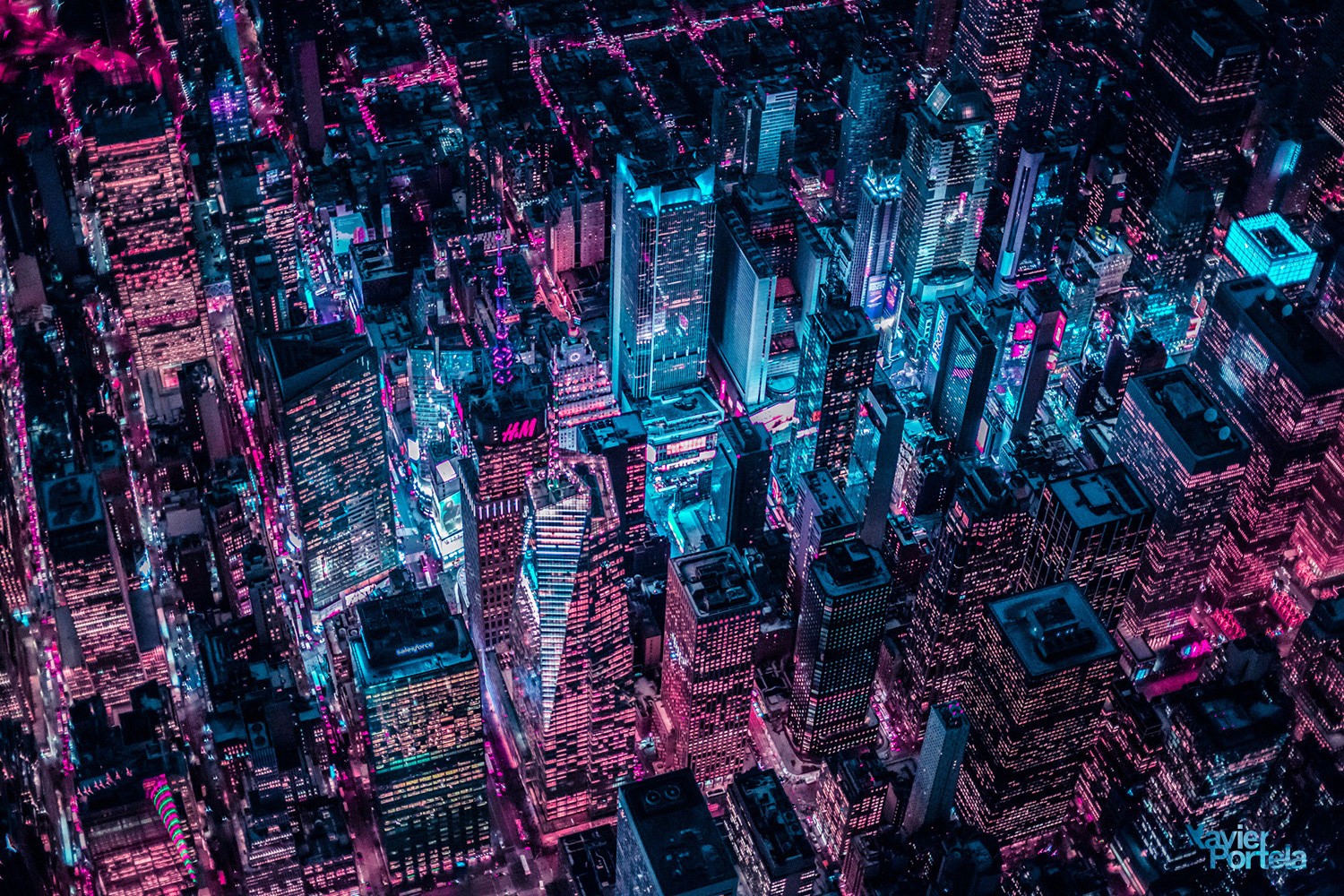 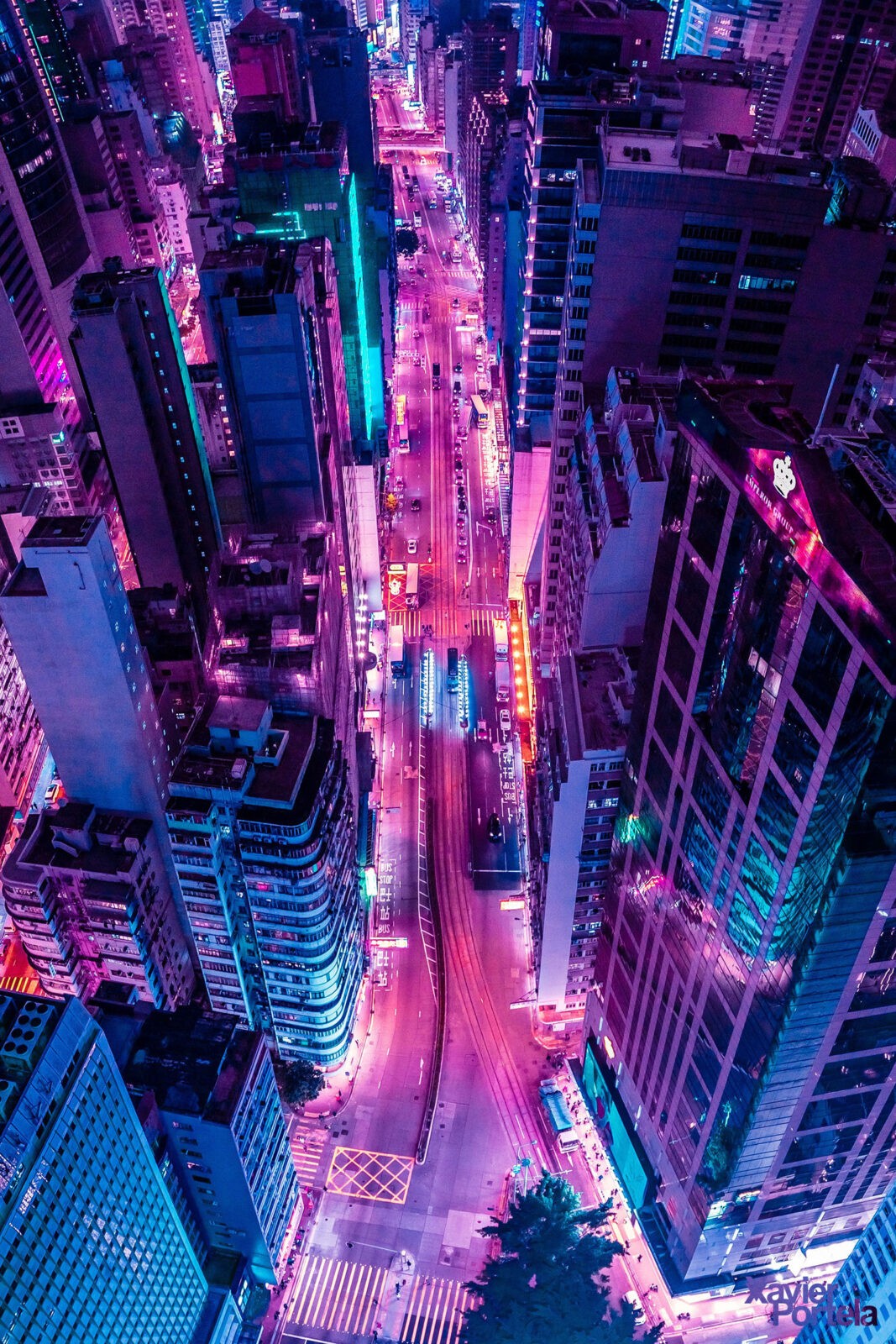 Portela’s series Glow is an ongoing archive of urban images from his trips to Tokyo, Hong Kong, Bangkok, New York City, and more. Each photograph is edited with a wash of neon-inspired pink, blue, and purple lights. Although previous series have included photography taken on the street, more recently he has begun to produce aerial views of the sparkling cities below. You can see more images from the Belgo-Portuguese photographer and filmmaker on Instagram and Behance.