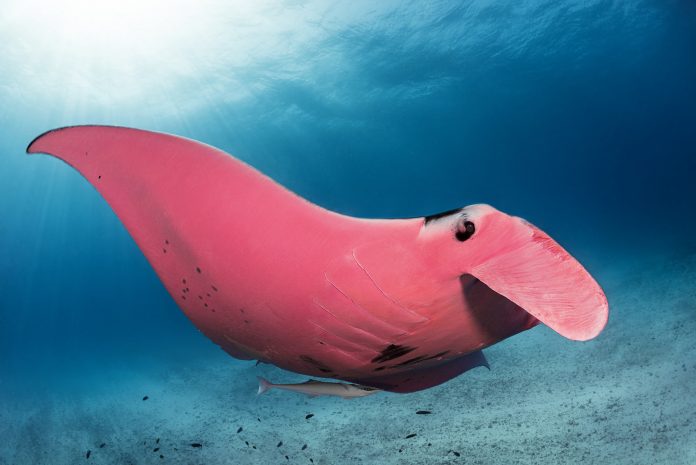 Australia-based photographer Kristian Laine recently got a glimpse at a particularly special underwater creature: the world’s only known pink manta ray. Spanning about 11 feet and nicknamed Inspector Clouseau after The Pink Panther, the aquatic animal lives near Lady Elliot Island, which is part of the Great Barrier Reef. “I had no idea there were pink mantas in the world, so I was confused and thought my strobes were broken or doing something weird,” Laine told National Geographic.

Project Manta has been studying the male fish since he was discovered in 2015. After conducting a skin biopsy, the organization concluded that the unusual hue is not due to diet or disease but rather is likely a genetic mutation called erythrism, which causes changes in melanin expressions. Most manta rays are black, white, or a combination of the two.

For more of Laine’s underwater shots, follow him on Instagram or Facebook. You also can purchase one of his photographs of Inspector Clouseau and other ocean fish from his shop. (via My Modern Met)

Up For Auction: Jewelry By Iconic Designer Tony Duquette