Home Photo/Video An Amazing Split View of the Milky Way as If Photographed from... 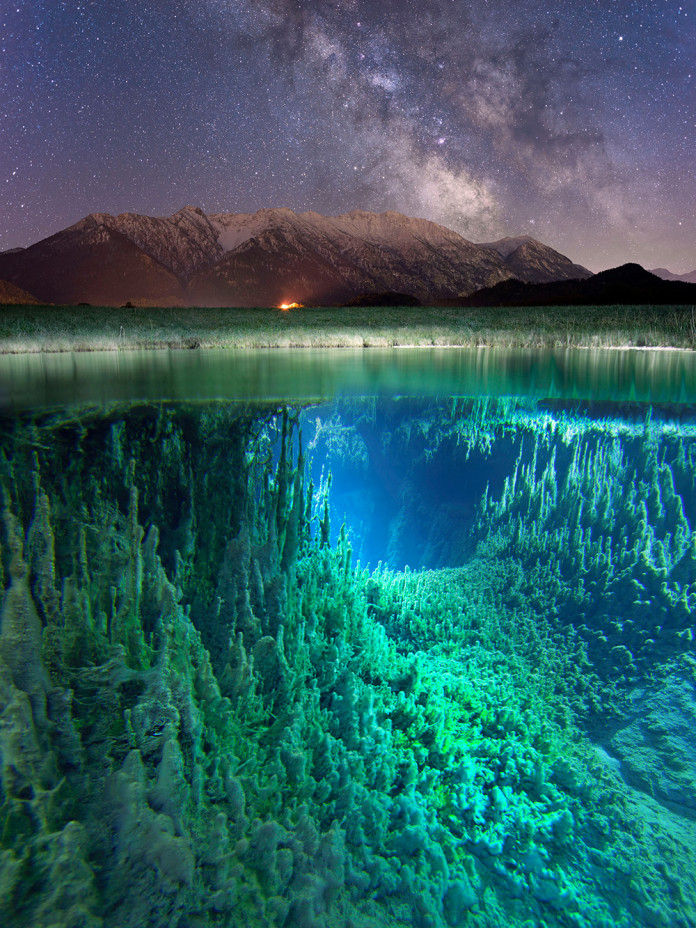 Last October, photographer Johannes Holzer braved the winter cold to setup a series of long-exposure shots along the the Isar, a river in Southern Germany. To accomplish the eye-popping view of the Milky Way, a mountainous landscape, and the murky depths of the river he relied on two cameras to shoot three photos from roughly the same perspective, stitched together here in a final image. Holzer says the photo “was done with two cameras, [the] sky with a Sony A7r and Vixen Polarie Startracker, one additional shot for the landscape without [a] Startracker, [and] underwater was done with a Canon 5Dm2 with an EWA Underwater case.”