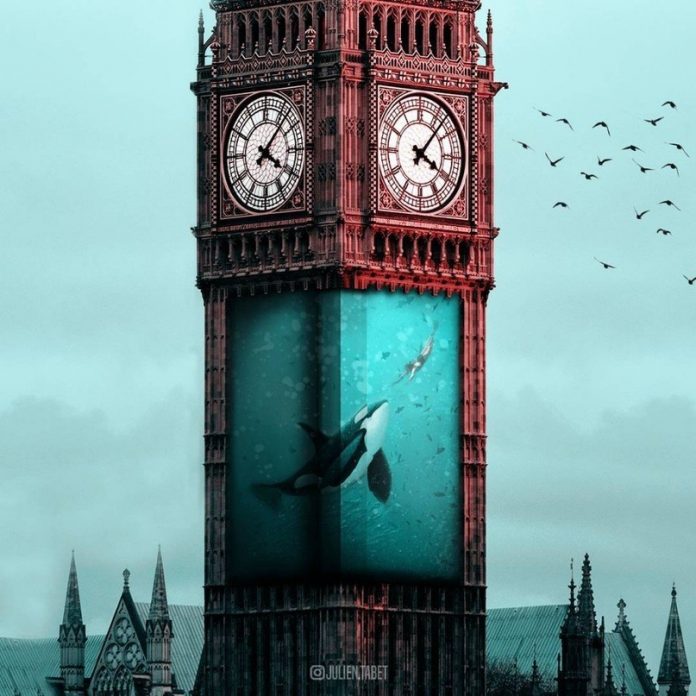 Our world is really a great place, but with the help of Photoshop some artists make it even more stunning, decorating the banal reality with various “magic” tricks.

Julien Tabet is a 20-year-old digital artist from France who tries to challenge the reality so familiar to us by creating surreal situations in which he likes to involve animals. From a zebra with wing stripes to a polar bear with an ocean in its belly, there is nothing the Frenchman would consider too crazy.

Look at these species of animals that didn’t exist before, but thanks to Tabet, they did.

Julien, like any artist, is very fond of drawing, inventing something new and unusual. But instead of traditional brushes, paints, and canvas, he uses photos which, processed in Photoshop, create whole magic worlds with hybrid animals. His works in a matter of hours, having flown over the Internet, in a couple of days gathered a large army of fans, making Instagram author very popular among users of this platform and not only. Surrealistic photo art in one color scheme is a real aesthetics for eyes and soul, seasoned with mysterious atmosphere and magic.