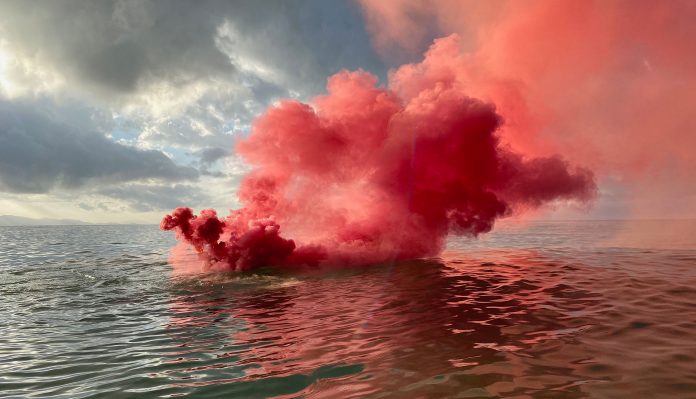 Daniele Sigalot (b. 1976) published a spectacular photographic project, which he worked on for over a year. He called it Superficial. The project is a series of shots taken between the sea and the sky and amazes the viewer with its aesthetics. 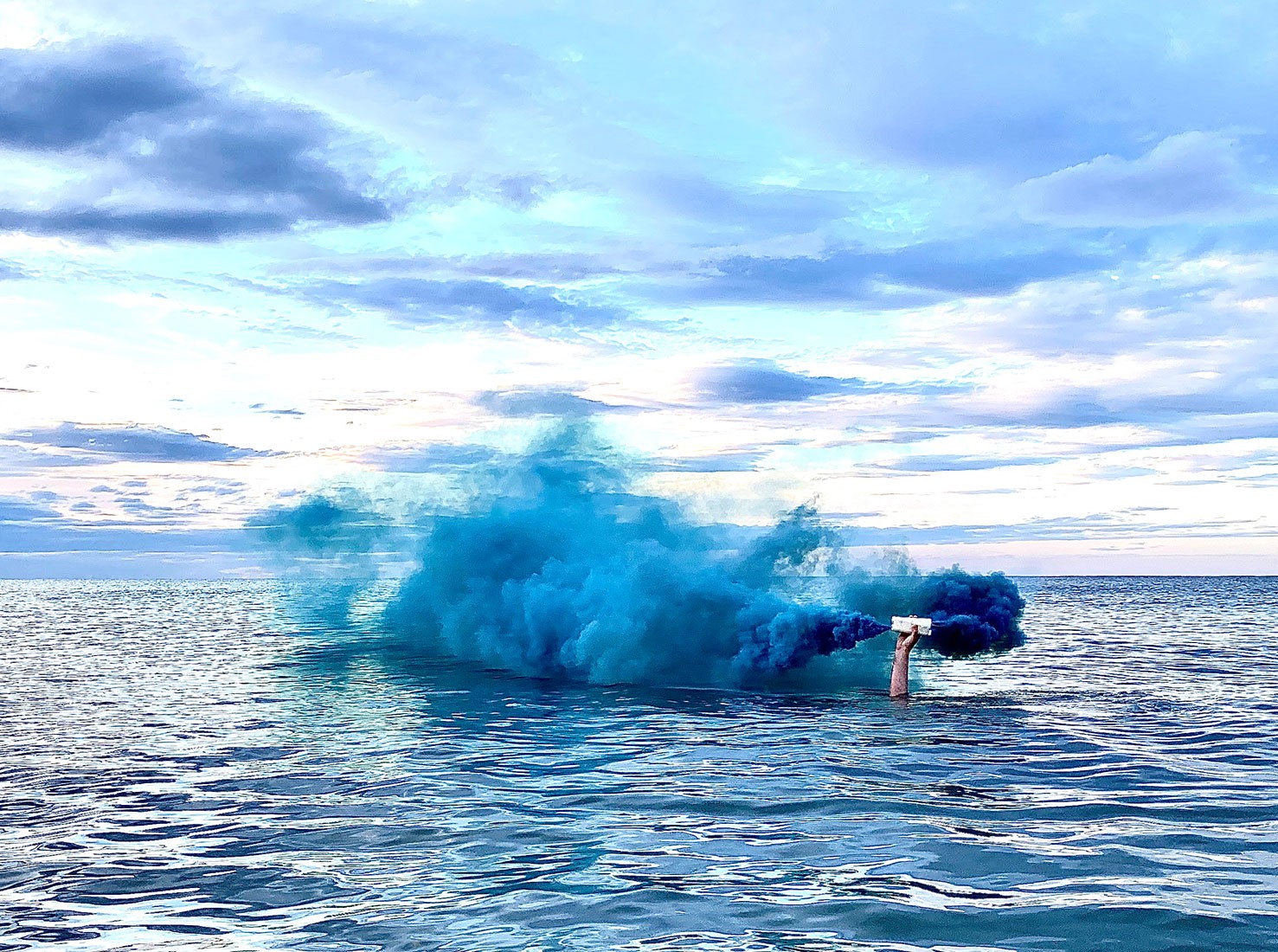 “I’m curious about how a person perceives the spectacular picture and the predominance of color contrast between smoke, water, and heaven, rather than the fact that this contrast implies the presence of a person in the image”.

The fact that the artist decided to use a smoke bomb, put it in one hand and light it in the middle of the sea is full of symbolic meanings. 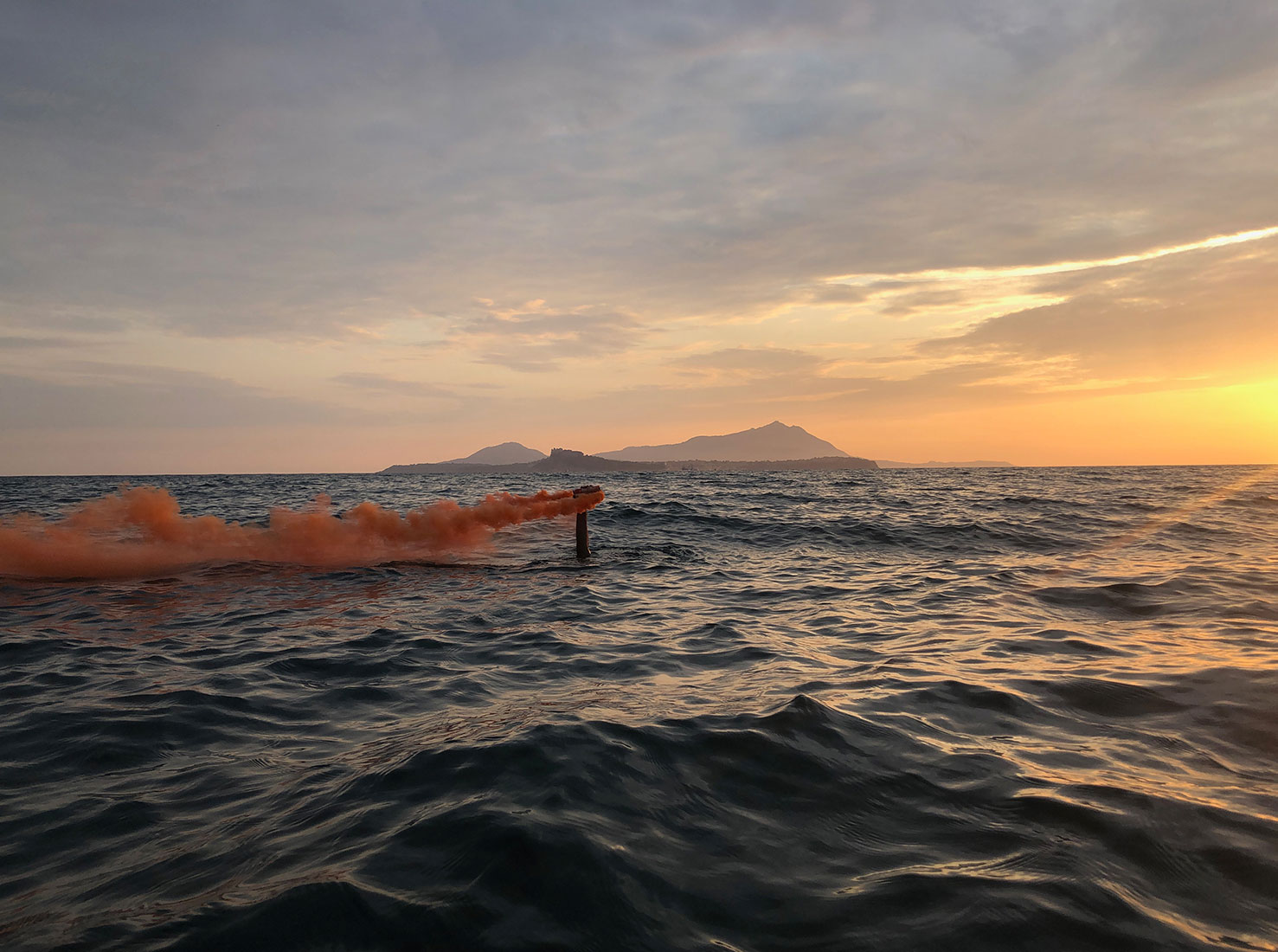 “The use of a smoke bomb, which in the sea takes on the meaning of a signal rocket and means a call for help, adds a strong tension to the whole story. Before Covid-19, it seemed that the only problem in Italy was illegal immigration, and the approach that politicians have demonstrated to solve this and other problems expresses the name of my photographic project”.

Criticism of the artist is aimed at the way in which issues of great social, political, and economic importance are solved today. “From the point of view of the art market, it occurred to me that the most likely situation with the acquisition of photos from this project is one in which buyers will pick up shots just because the color of the smoke bomb coincides with the color of their sofa”.