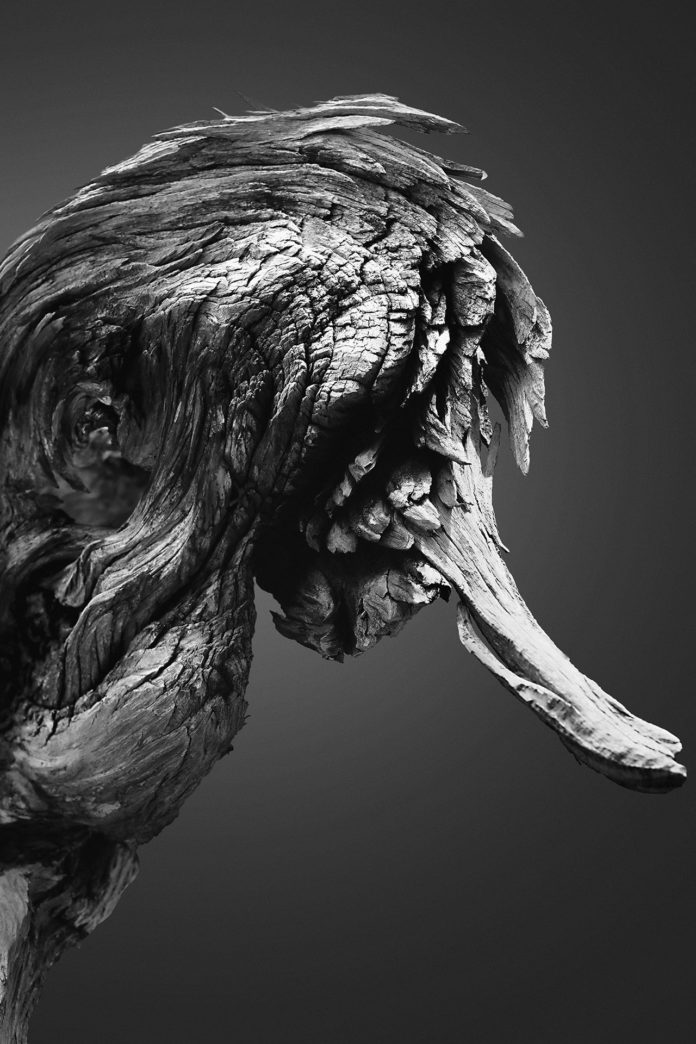 Jonatan Maldonado, a Los Angeles-based artist and creative director, has a strong sense of pareidolia, the psychological phenomenon causing humans to see faces and meaning in inanimate objects. In Creatures of the Ancient Forest, Maldonado’s black and white photographs frame found branches and chunks of wood at just the right angle, allowing viewers to catch a glimpse of a squawking bird or a horned animal poking its head out of a tree.

The dark, twisted series is ongoing, and the artist tells Colossal he’ll soon be in Alabama Hills, California, searching for more pieces⁠. “The Ancient Bristlecone Pine Forest in California is the home to the oldest trees in the world,” he says. “Being surrounded by their spectacular shapes feels truly magical, or maybe it’s the lack of oxygen when hiking at 10,000 feet.” Follow Maldonado on Instagram to see what he spots next. The Expressions In Portraits By Amandine Comte

Phillips Will Present One Of The Best Works Of Lichtenstein