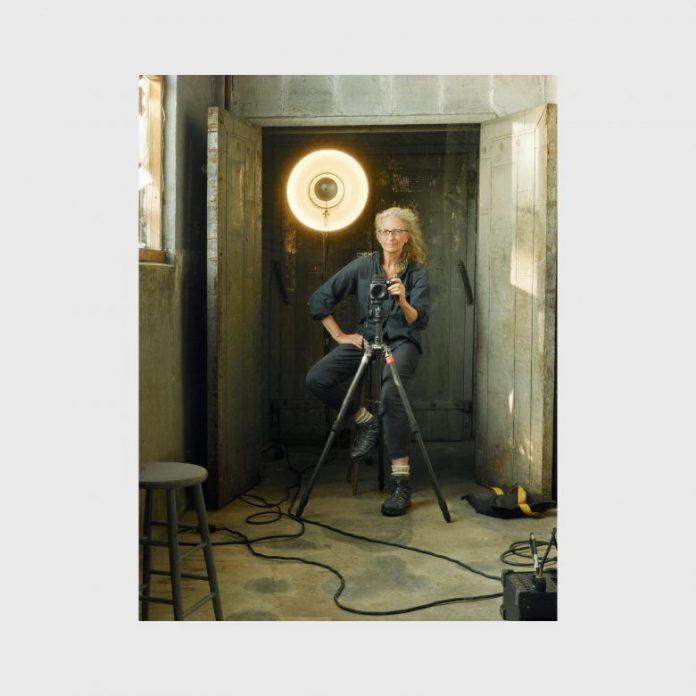 Want to know what success a woman can achieve in the world of photography? Fabulous!

Annie Leibowitz makes it very clear. It is safe to say that she is one of the most famous portraitists in the history of photography, a man whose camera has seen almost all modern world celebrities, a fantastically successful master of fashion campaigns. 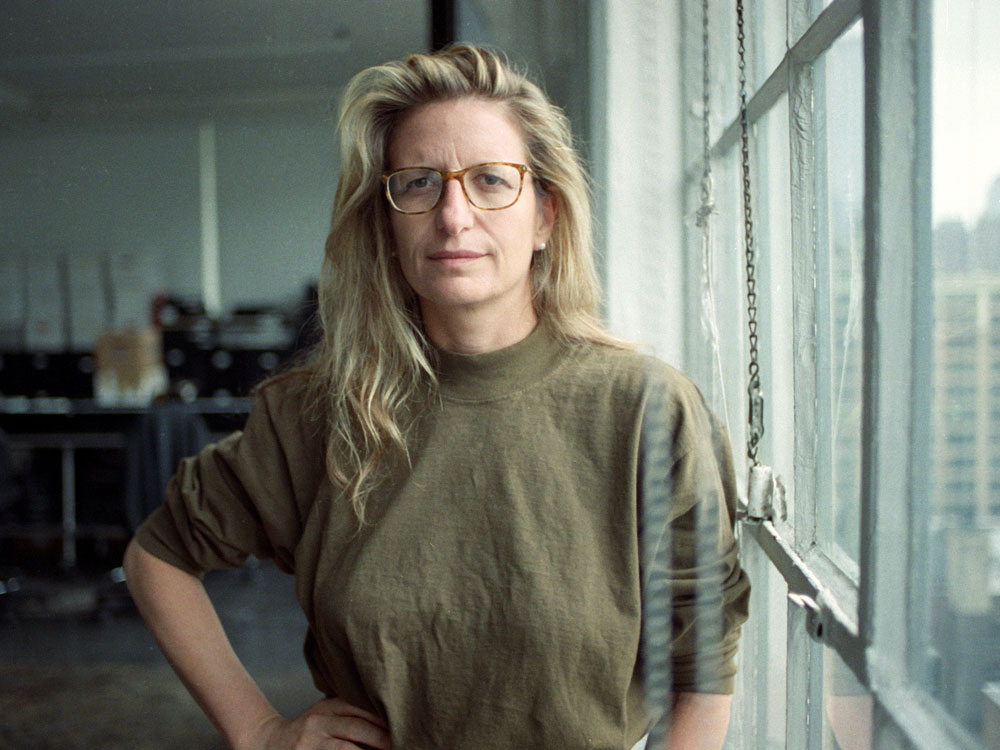 Pictures of Annie Leibowitz help celebrity to get as close to the iconic status as possible – bright, non-standard, often epithets and always opening a person from a new side, they have long ago become a mandatory part of modern culture. It was Leibowitz who took the last photoshoot of John Lennon, in which the former leader of The Beatles posed naked lying next to his wife. 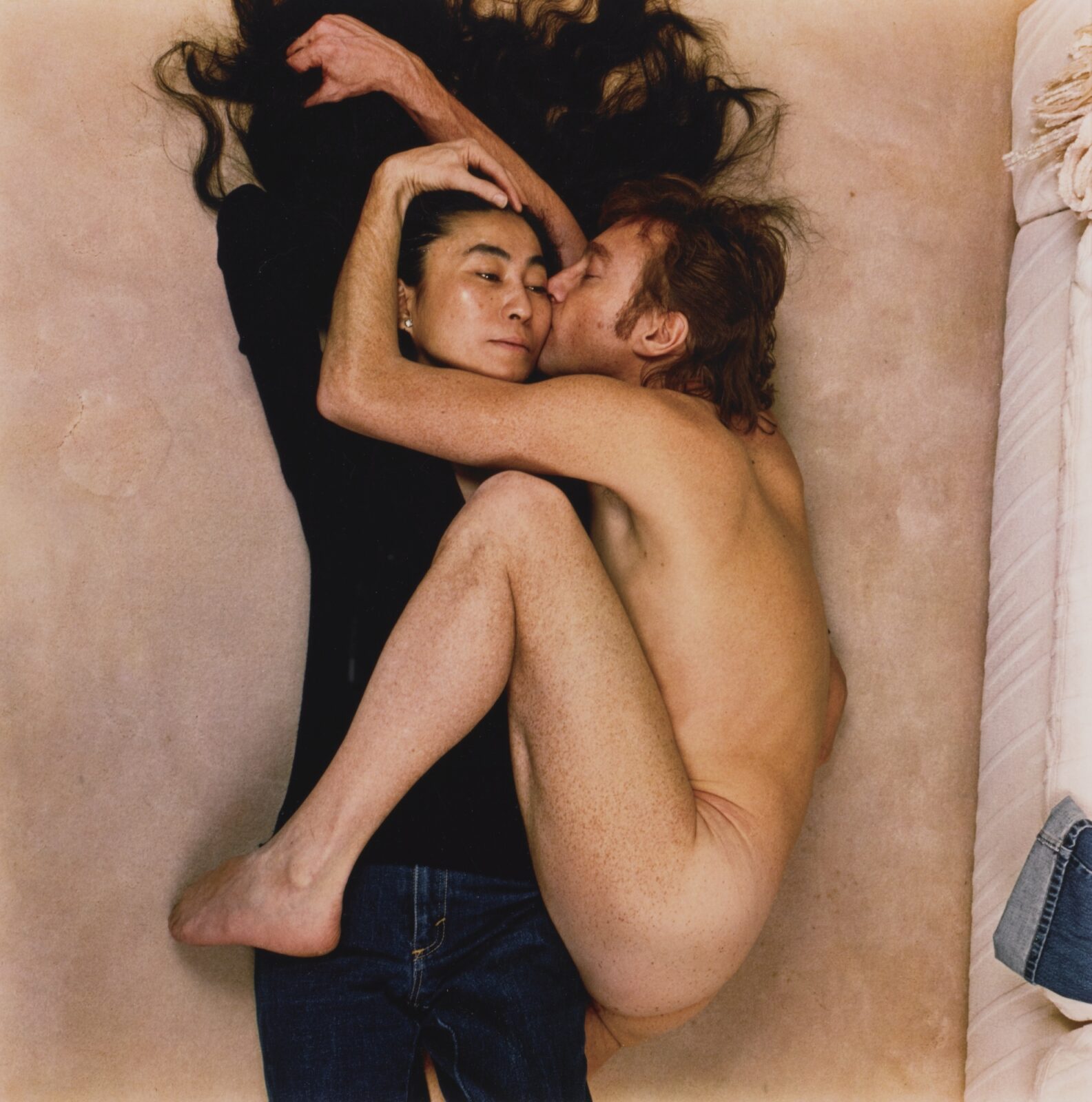 Initially the musician wanted to shoot one, but after several trials he insisted on a fundamentally different concept. The final picture symbolized his infinite affection for his wife – he clings to her as the only support in life, lying in the pose of a child in the womb of his mother.

The exceptional power of the photo was timed to the release of a new album of Lennon, but it was the last evidence of his life. Many researchers call this picture the best portrait photo ever – not only because of the dramatic context, but also because of the strikingly strong scene.

In 2005, the community of American magazine editors recognized the cover of the magazine with John Lennon as the best in its 40-year history. The picture has been reproduced many times by contemporary artists, including the work of Sam Taylor-Wood from the collection of the Tate Modern Gallery, a photo shoot by Terry Richardson with Lennon’s son Sean, and so on.

Leibowitz was invited to take official photo portraits of Queen Elizabeth II, who she even persuaded to take the picture without a crown, and Mikhail Gorbachev, who worked with several American presidents and senior politicians. But most of all in her portfolio, of course, pictures of stars of film and music business. 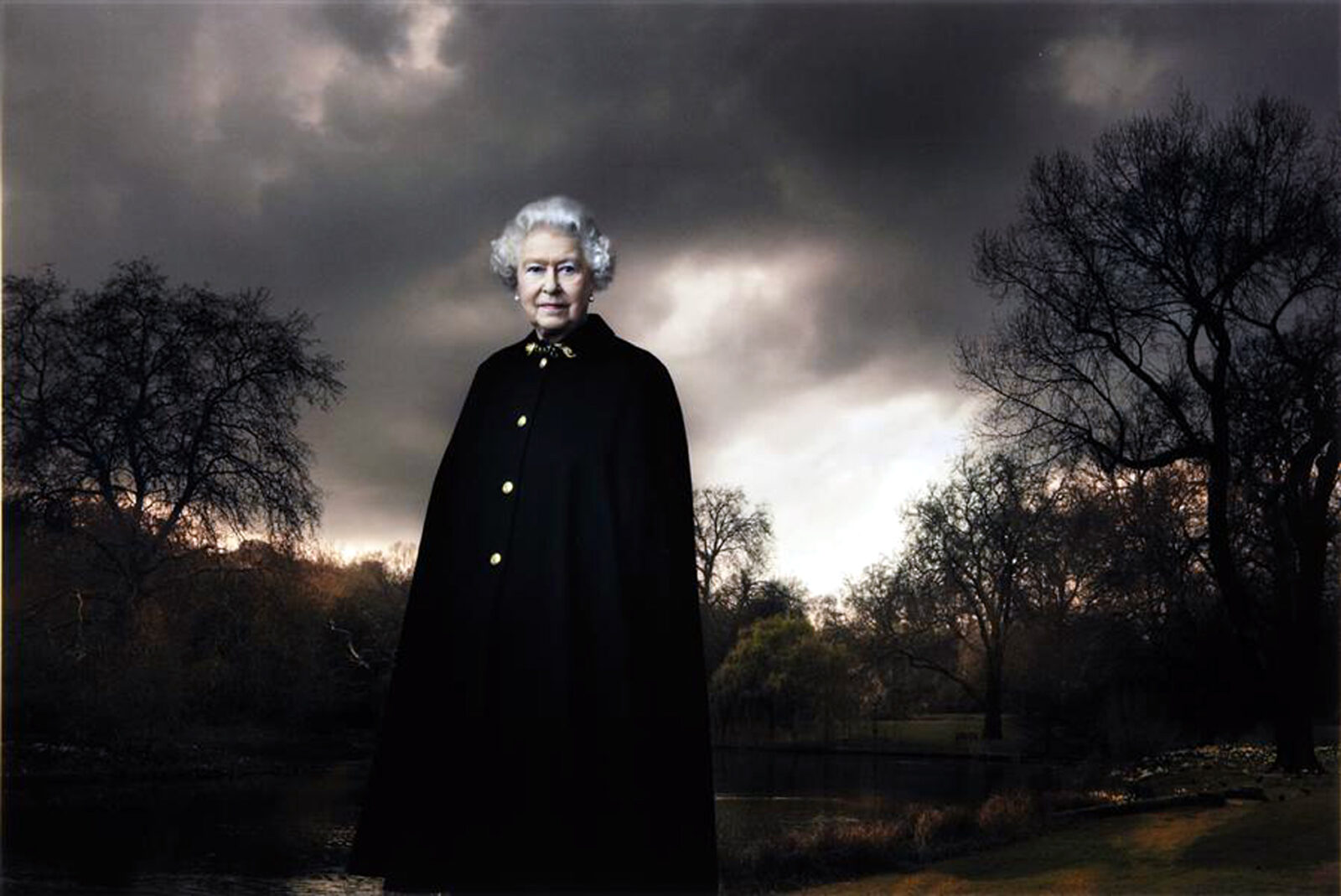 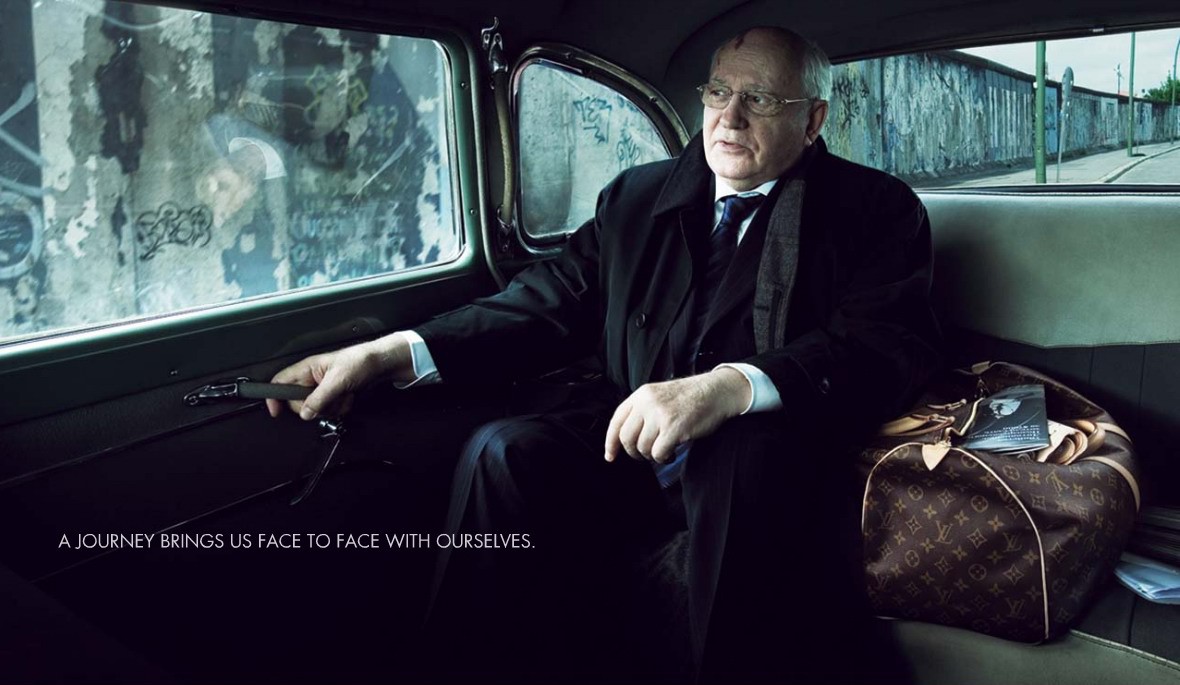 She has been called a “rock ‘n’ roll photographer” for a reason – without Annie, there wouldn’t be many legendary covers of Rolling Stone, Time, Intervier, The New York Times and other influential magazines. She actively collaborates with Vanity Fair, for whom she creates spectacular “parade” pictures of movie stars – both group and portrait. 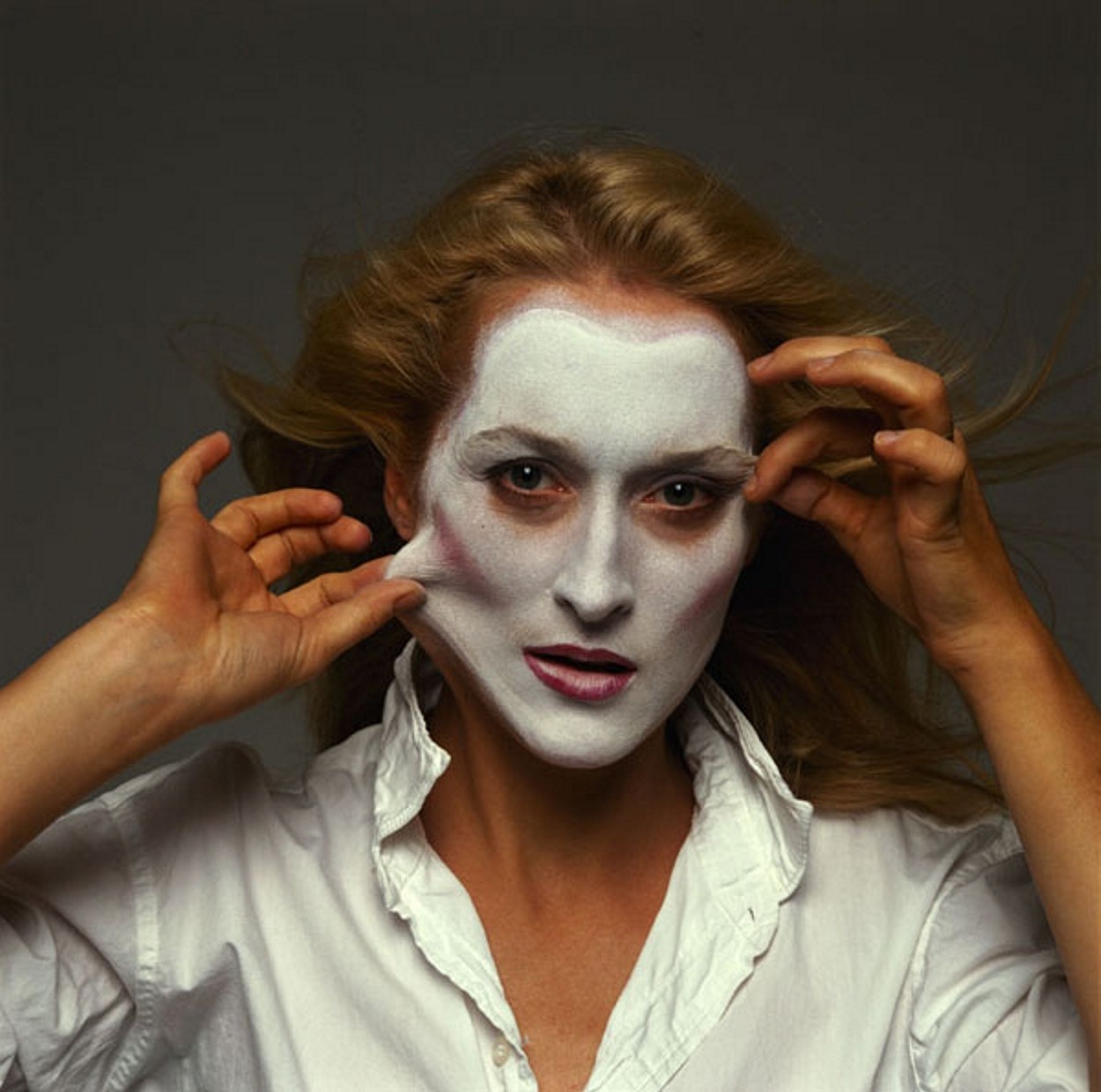 Nobody works with close-ups like this – often there is only the face of the photographer’s visage in the frame, which attracts the eyes in an incredible way. By some miracle, the photographer “forces” every wrinkle, hand position, head tilt to tell a human story or work for an event.

At the same time, Leibovitz is known for its highest attention to detail. In her fashion pictures or group photos, you can see the subtle nuances. All of them are underlined and highlighted, yet there is no sense of overload, as is the case with other glamour shooters. The Leibovitz’s unique sense of balance and geometry of the scene is so accurate that all participants and objects are in the perfect position for them. In this way, both the front and the background are balanced and work for results.

Annie – or rather, Anna-Lu was born in the American state of Connecticut, in the large family of Colonel Air Force on October 2, 1949. Among her ancestors were Jews who had left Russia, as well as Romanian emigrants. Annie’s mother taught modern dance at the San Francisco Institute and instilled in the girl a love of art. Father often transported the family to different countries because of military service. The Philippines was a landmark – that’s where Anna-Loup made her first shots. A serious hobby was graduating from school.

Leibovitz carefully studied reporting work – photos of Henri Cartier-Bresson and Robert Franck helped when she began to tour with famous musicians. She chose the same institute where her mother worked, focusing on drawing, but after her second year and a trip to Japan she began to study photography. In the third year the girl goes to her first serious shooting – in Israel, together with archaeologists, she worked on the excavations of the ruins of the palace of King Solomon. After the trip, Leibovitz finally decided to devote herself to photography.

Annie was able to meet the editor-in-chief of Rolling Stone Magazine, the images she was interested in. Jan Wenner was able to understand that he was an untidy, though very young master, and at the age of twenty Anne began to work with the publication on a regular basis. Since 1970 she has filmed Bob Dylan, Patty Smith, Bob Marley and other stars in the studio and on tour. For example, in 1975 she was the one who worked on The Rolling Stones tour, creating black and white portraits of musicians and their surroundings, which have become classics. 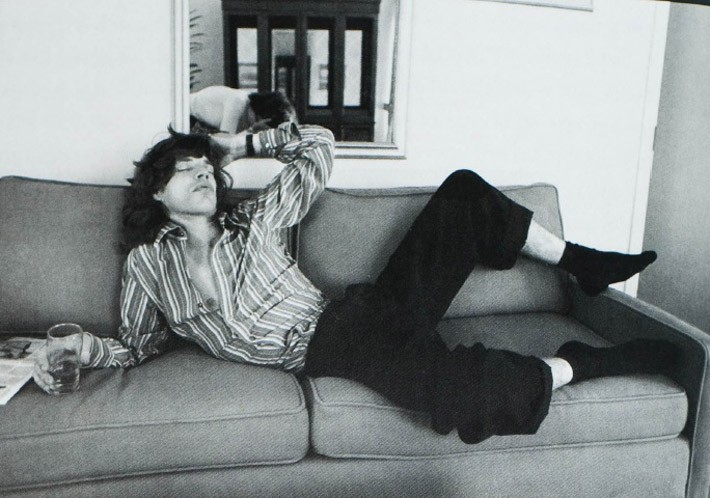 Within a few years, Leibovitz was able to become head and chief photographer of the magazine’s art department and retained the amazing freedom of creative expression for such a large publication. She worked almost always on her own, learning how to shoot in color format (the magazine switched to it in the mid-70s).

In 1983, there were significant changes in the life of the photographer. She released her first book – an album of works, which dispersed a million copies. At the same time, Leibowitz moved from Rolling Stone to Vanity Fair, for which she created an entire gallery of glamorous, expressive and refined images over the following decades. The transition to a new era in creativity was painful and stressful: always working alone Leibowitz now had to find common ground with a huge staff: makeup artists, stylists, directors, and illuminators in the studio, producers. She sometimes even snapped and openly conflicted with colleagues, which, however, did not prevent her from finally gaining a foothold in the top echelon of show business.

Leibowitz made a huge number of covers for The New York Times, Paris Match and other publications. Not only Michael Jackson and Angelina Jolie, but also George Bush Sr., Francis Ford Coppola, and Mikhail Baryshnikov were happy to get into her lens. 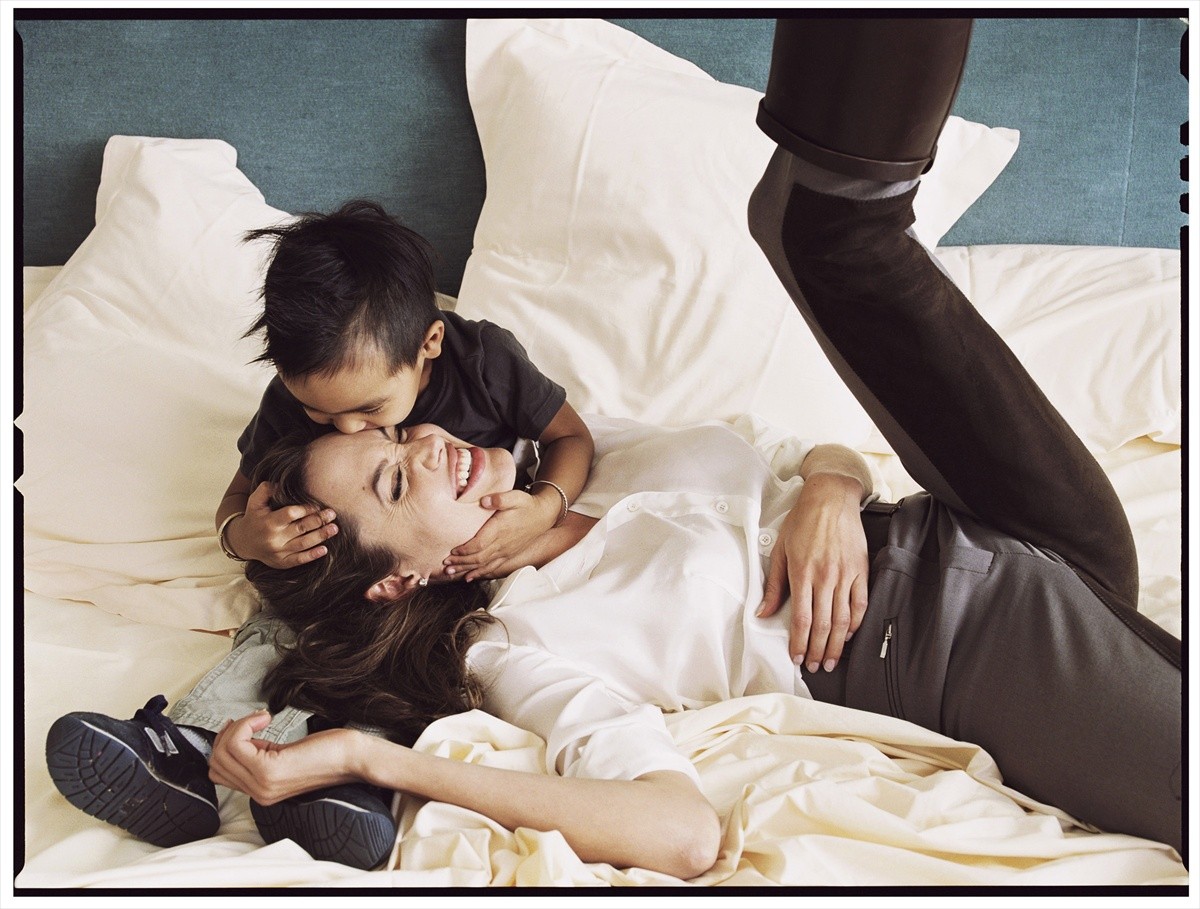 One of the photographer’s most provocative works is Demi Moore naked in her eighth month of pregnancy. Photography has become a turning point not only for the art world and society as a whole, but also for the author himself. Orders for fashion shootings from the largest houses fell on Leibovitz. She became famous not only in professional circles, but also in the “wide audience”. 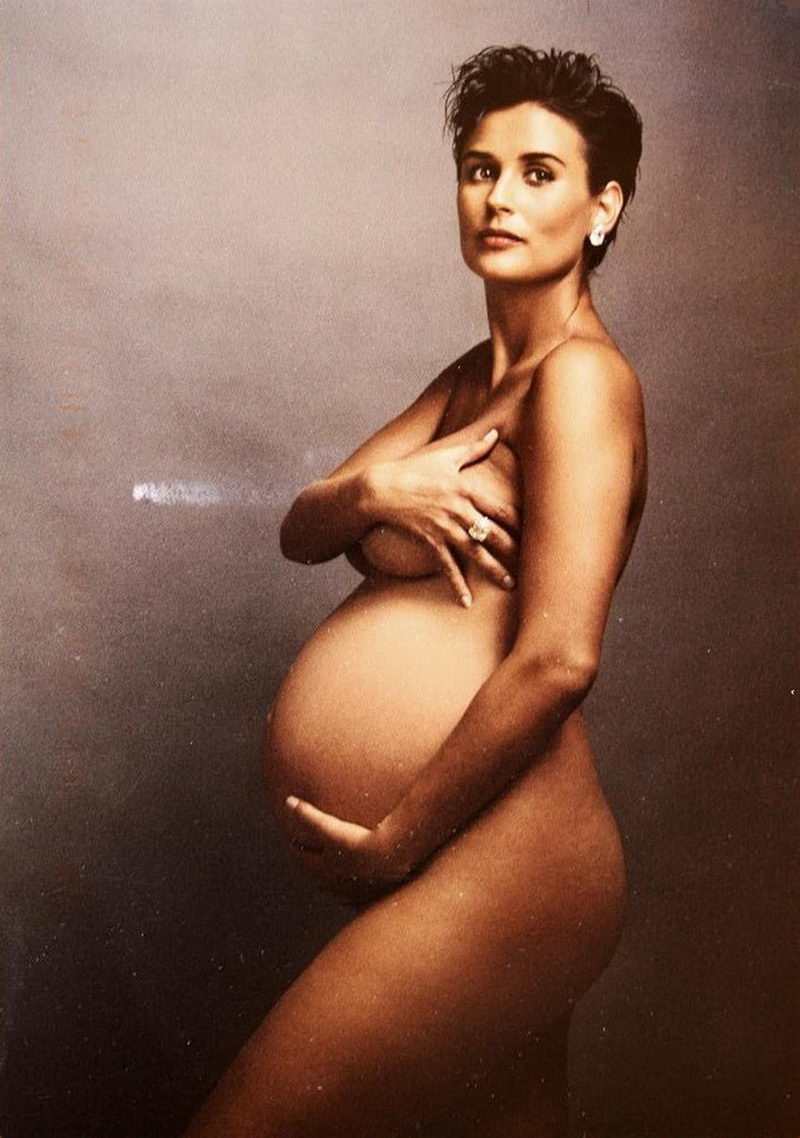 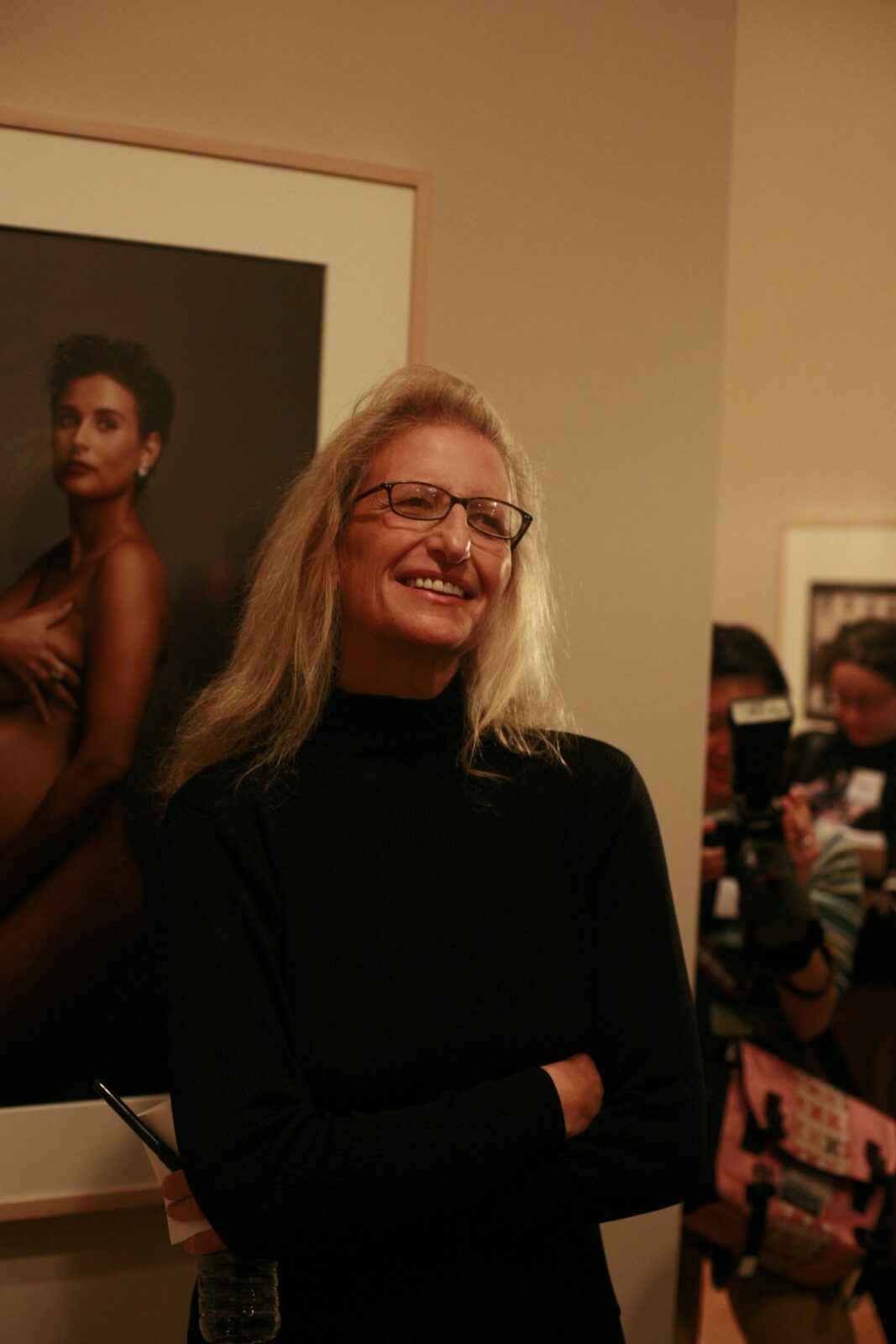 Annie Leibowitz works with Honda, Gap and a huge number of high fashion houses. Her work for Christian Dior or Louis Vuitton has been the “brand face” for a long time. Natalia Vodianova, Sean Connery and other outstanding personalities and celebrities took part in the shooting. 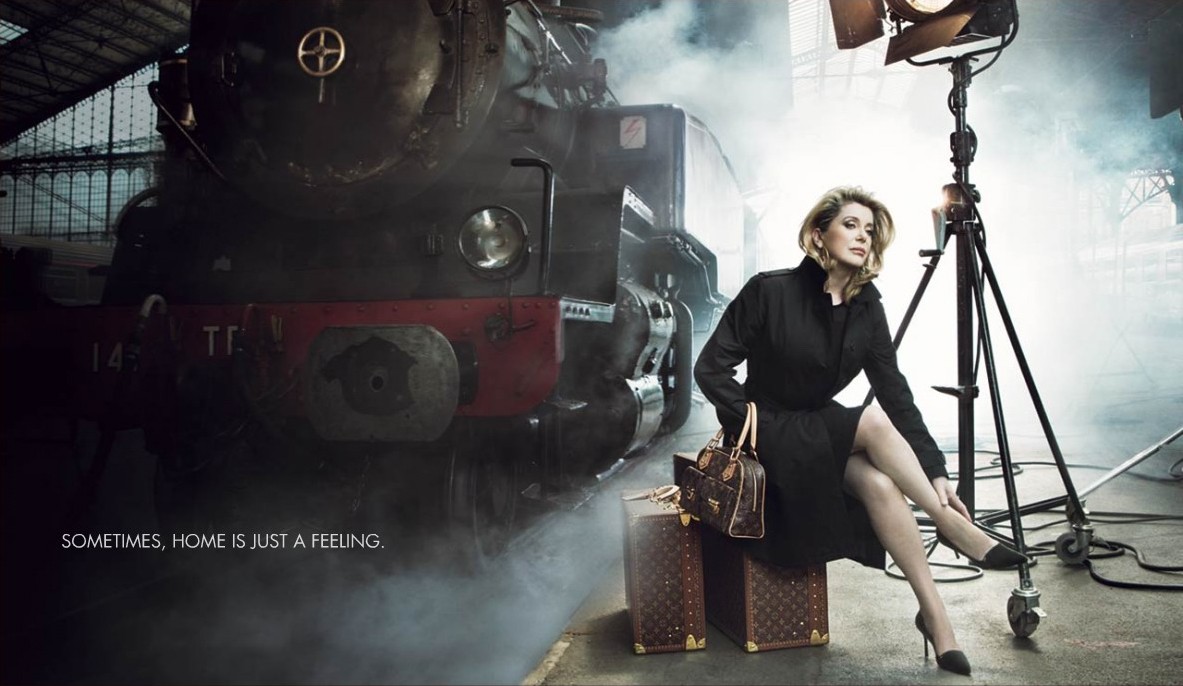 The photographer does not just do glamour and show business. In her portfolio and social and political projects. Among them – football championship in Mexico City in 1986, Olympics in Atlanta, work with American astronauts. 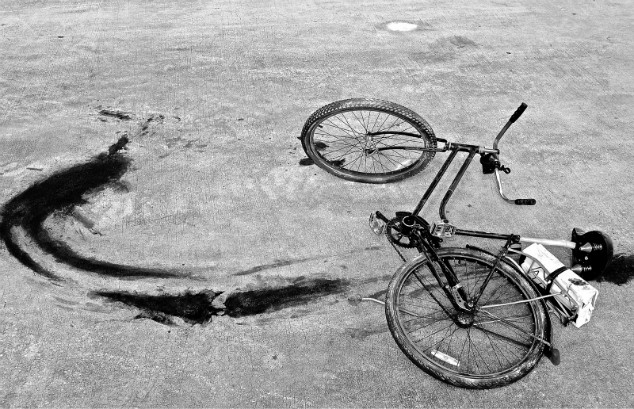 Leibowitz opened her own New York studio in the early 1990s and released another album with a 20-year retrospective of her career. Her closest friend, American writer Susan Zontang, helped her a lot. They met in the late 80’s while working on a book by Zontag about AIDS, and immediately liked each other. Until the death of the writer they remained in a very close and trusting relationship – together with Zontag photographer published an album “Women”, in which portraits of celebrities interspersed with images of ordinary American women. 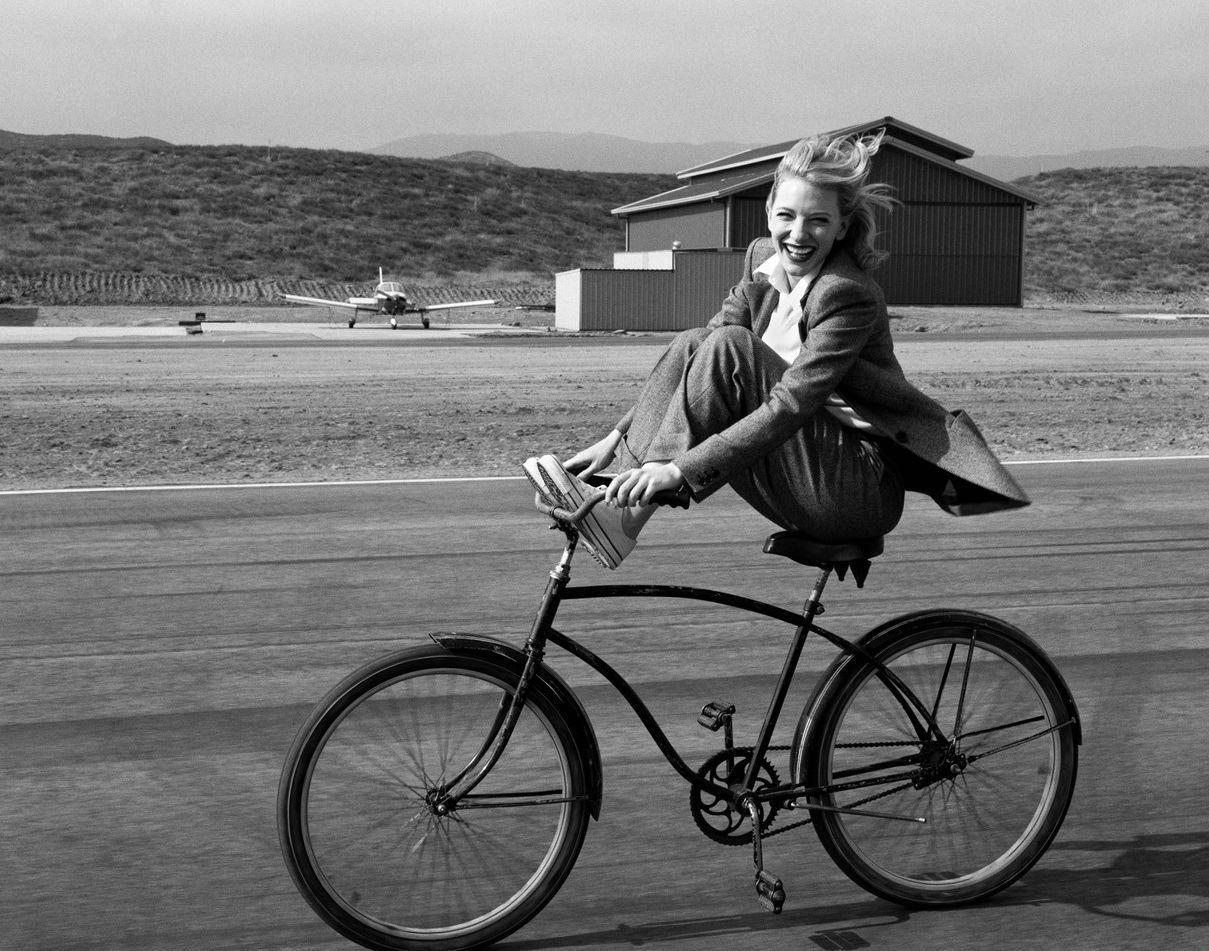 In the early 90s Leibovitz worked in Sarajevo, helping Western society to learn all the horrors of the Balkan War. Her chronicle allowed her to reflect what was happening and emphasize its unacceptability. After quitting her permanent job at Vanity Fair in the 2000s, she continued to create impressive paintings, but at a calmer and more measured pace. 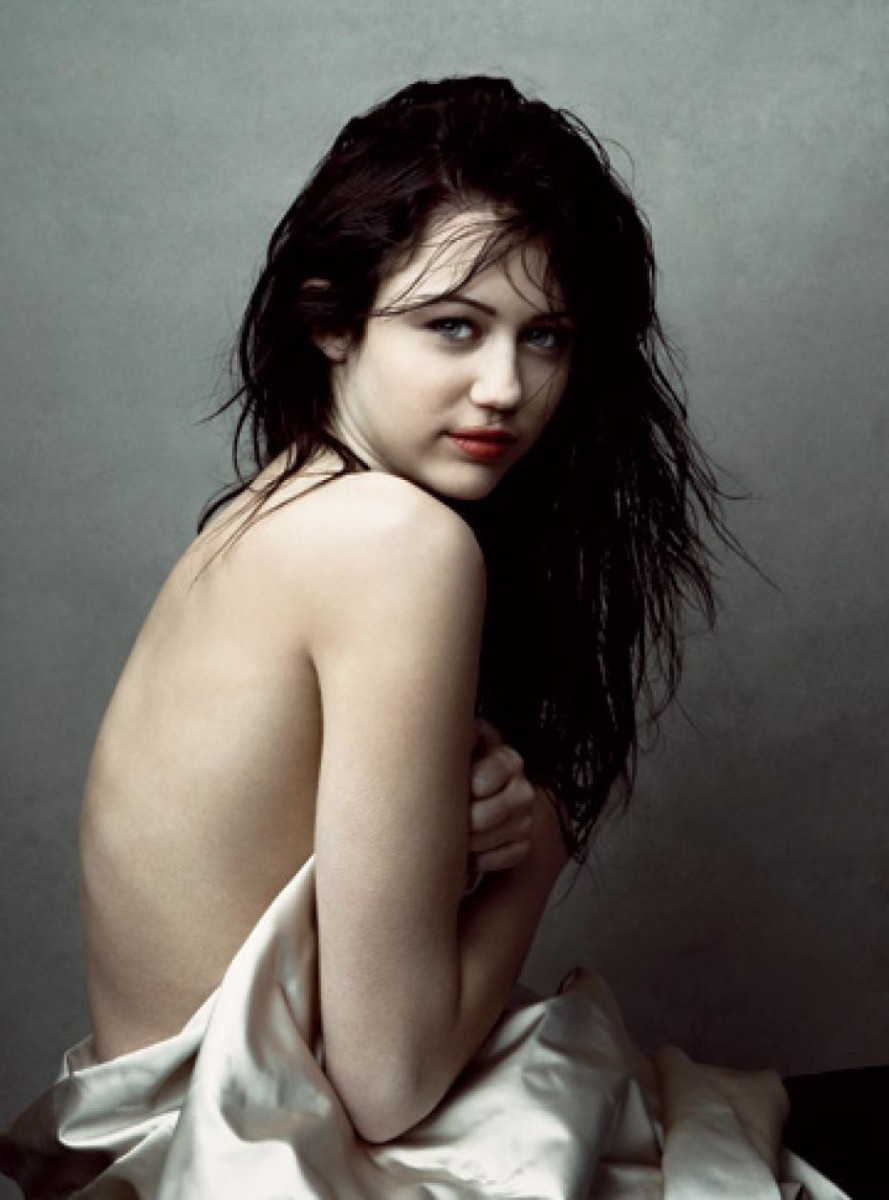 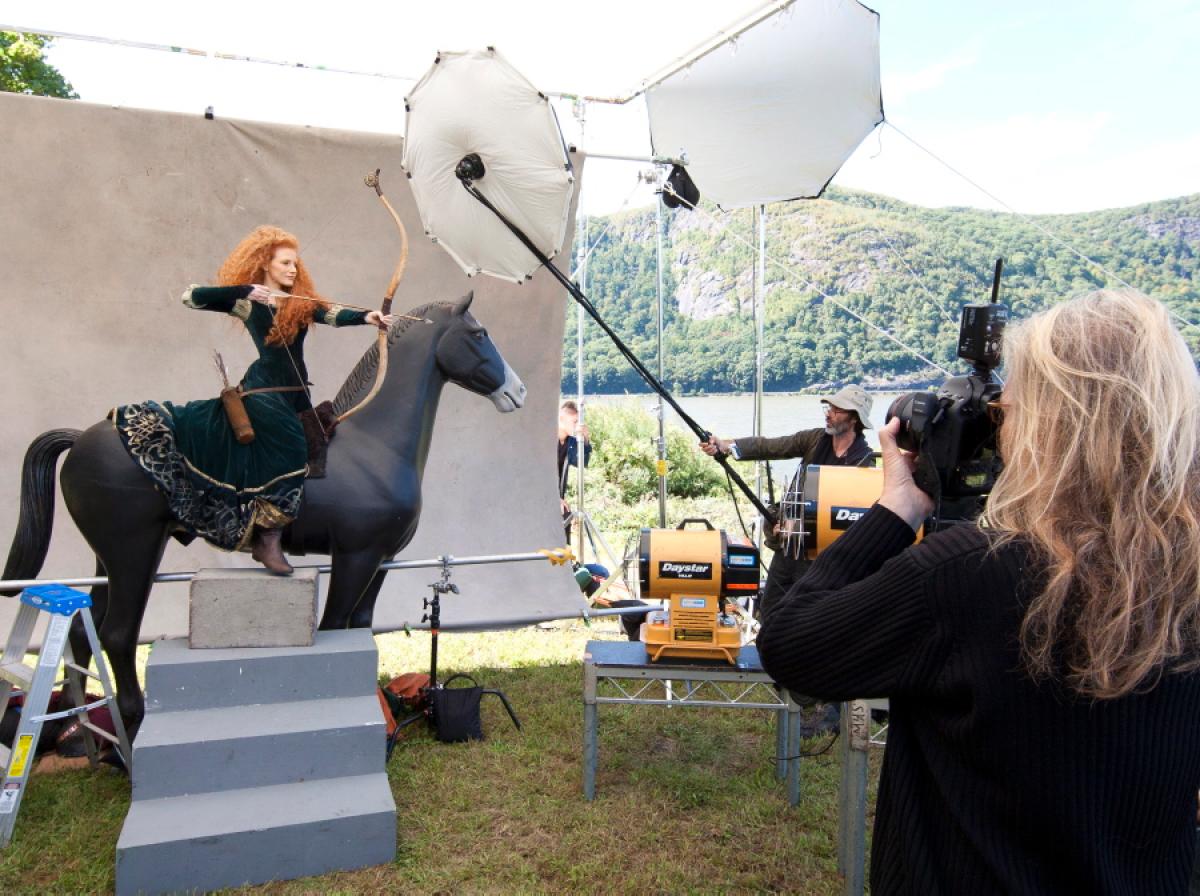 Leibovitz’s “sedentarization” has not affected the provocative pictures. At this time there were portraits of 15-year-old Miley Cyrus with a naked back, Jessica Chastain as an Amazon with a bow and arrows. Leibowitz was recognized by the international professional community and received the Prince of Asturias Award in 2013. She was invited to organize an unprecedented exhibition at the National Gallery of London, where no photographer – only artists – had ever been exhibited before. 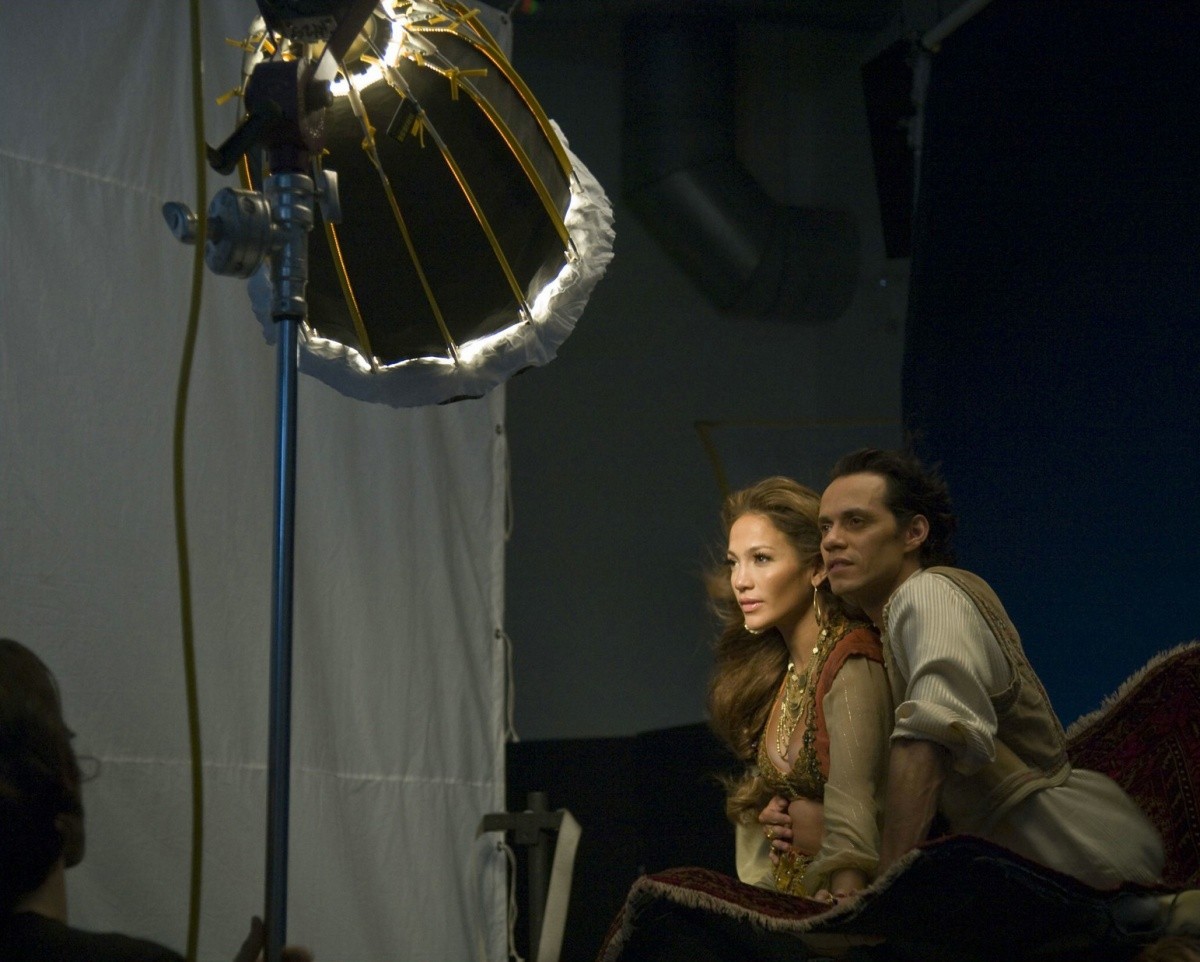 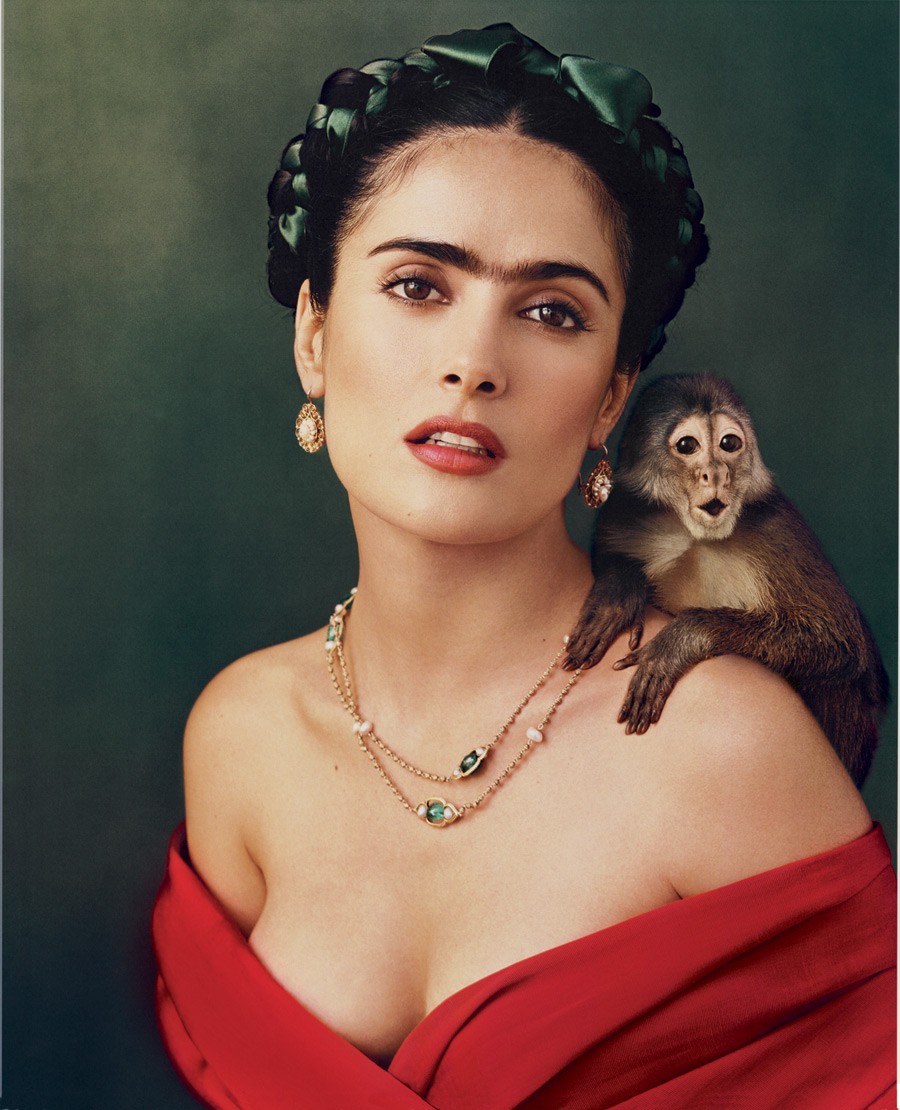 The courage of this woman has touched not only professional but also personal life – her first child, daughter Sarah Cameron, she gave birth at 51, and later decided to continue. Gemini Samuel and Susan were born from a surrogate mother, and now the photographer is actively engaged in children, saying that her home is more like a summer scout camp. 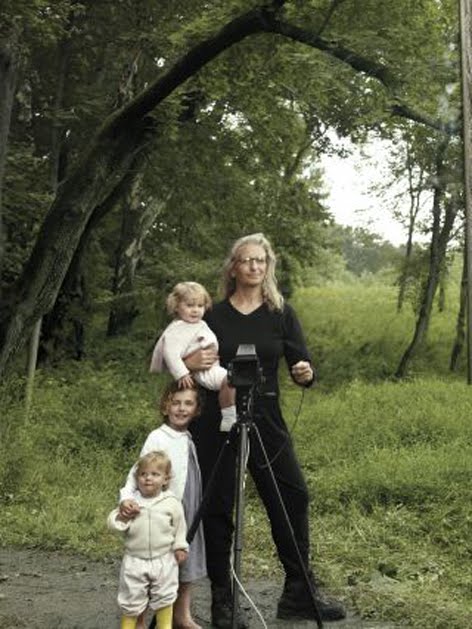 She still creates impressive campaigns for magazines and fashion houses, and exhibitions of her works are held all over the world. Despite her debt problems, Leibovitz continues to enjoy a life in which she finds inspiration for reporting, landscapes, nude works and, of course, flawless portraits. 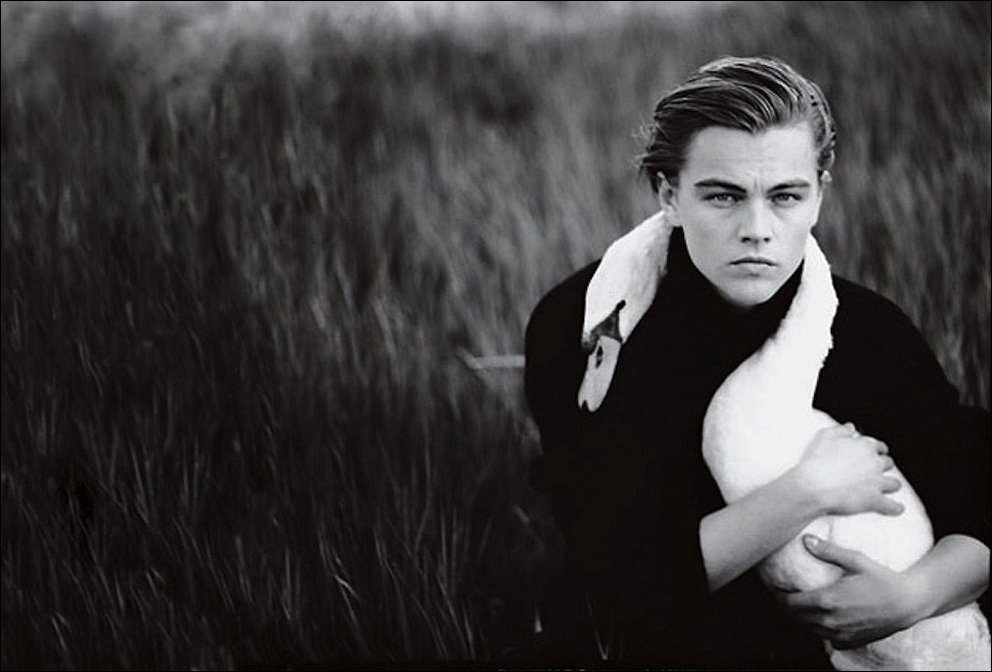 A living photo legend claims that, being a very brave man, he tries to build an obstacle between himself and the model in the form of a camera. At the same time, she knows how to build a trusting relationship with people, so that they reveal themselves to the lens completely. This helps to highlight each unique facet of the human personality. 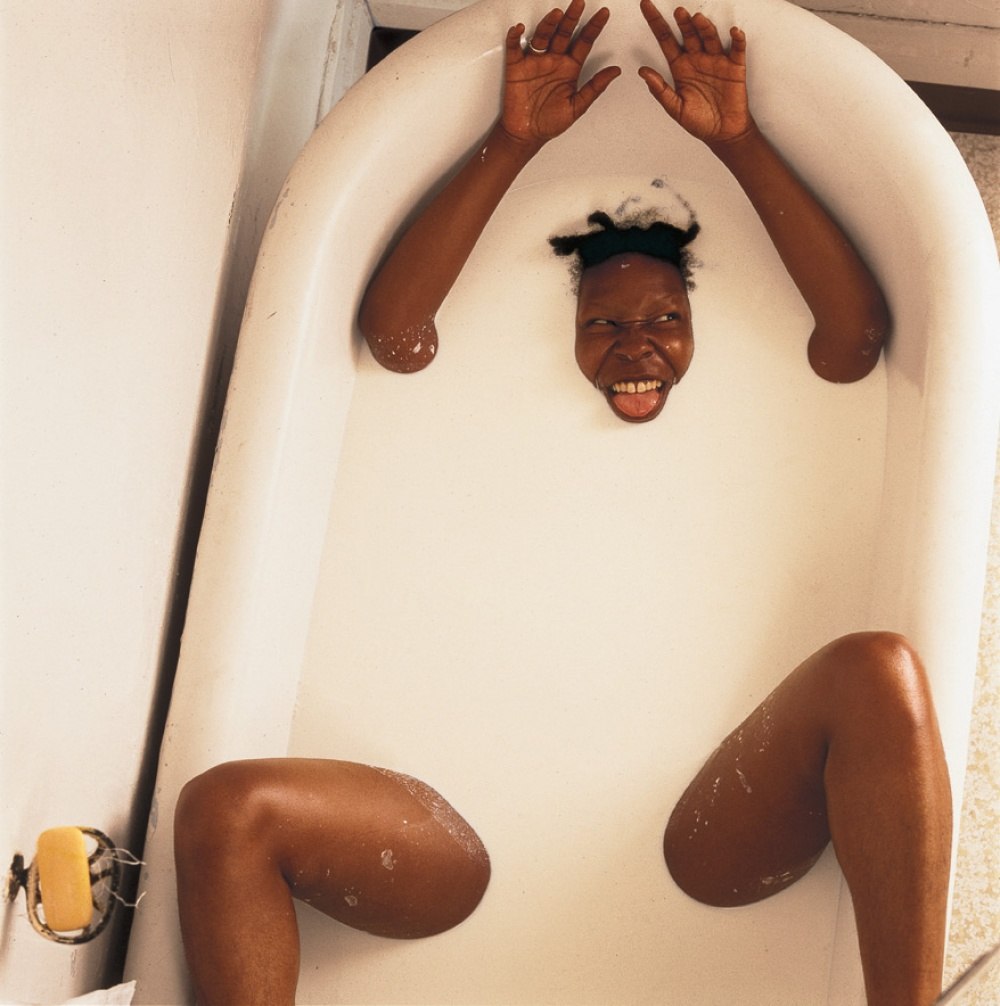