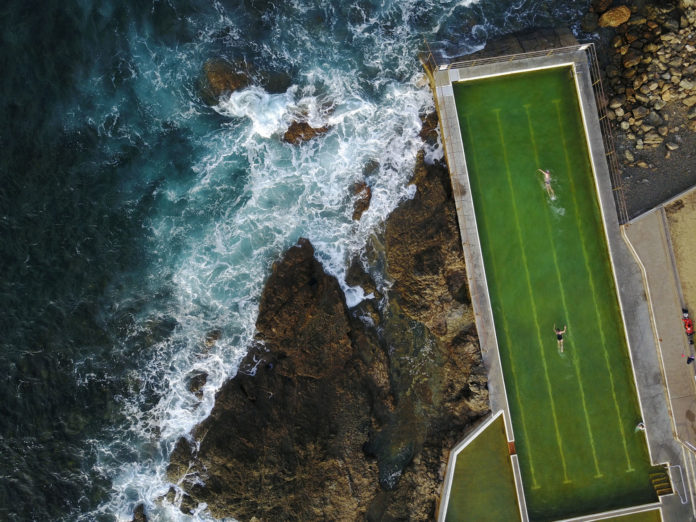 For years, Nicole Larkin has been capturing the ocean pools along the coasts of New South Wales in a project titled The Wild Edge. Mostly constructed as public works endeavors more than 80 years ago, the geometric spaces often are nestled in Australia’s rocky shorelines, surrounded by crashing waves and filled with jewel-toned waters. In a statement about the project, Larkin described the swimming sanctuaries as offering visitors “intimate encounters with the landscape.”

They are largely opportunistic interventions that exploit the natural topography of the rock platform to make a protected and convenient swimming area. They often exhibit the “bare minimum,” dematerializing into the rock platform yet providing amenity and facilitating easy access to the ocean.

The Sydney-based architect, artist, and designer tells Colossal that she’s concerned with how the ocean landscapes are being altered by climate change. Larkin says designing additional pools could be used “to facilitate community amenity and access to the ocean, but also to act as protective structures which buffer against storms,” as the area deals with the global crisis.

For a geographical look at coast-side retreats, check out Larkin’s interactive collaboration with Guardian Australia. More aerial shots of the 60 remaining ocean oases are on the artist’s Instagram and Behance. (via This Isn’t Happiness)