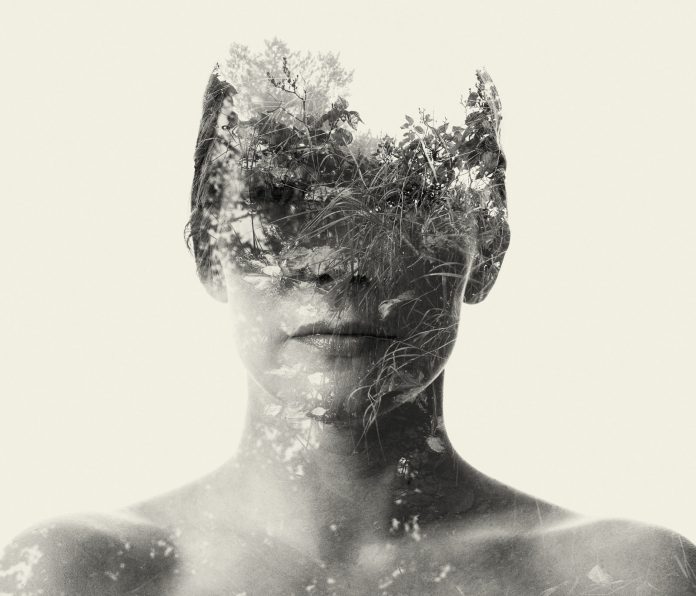 During the first frost in the southern region of Finland, Christoffer Relander shot dense patches of branches, ferns, and blades of grass as part of a new set of double-exposure photographs. Titled We Are Nature Vol. 6, the monochromatic project merges human figures with nature to generate a portrait of a woman whose forehead is substituted with overflowing brush. Another image shows two kids whose features are obscured by leaves and vines.

The Finland-based photographer, who has a background in graphic design, tells Colossal that he decides how to pair each subject and natural element based on graphical compositions and forms. “The botanical textures are matched more after the overall mood. If it feels wrong, I will simply trust my gut,” he says.

Whereas many of his previous projects had been blended in-camera, Relander altered his method for this series thanks to extra time indoors due to the ongoing coronavirus pandemic. “I decided, however, to still bring inspiration from both the multiple exposure film algorithms (negative film) and some basic darkroom techniques,” he writes.

When doing it in-camera, the manipulation is basically done instantly. Then while using external software (Photoshop) I get more flexibility and options. Not always for the better. I have ruined artworks by taking it too far. Doing it in-camera can feel really rewarding when done right. But the pressure can be tiring.

For more of Relander’s works that expertly blend themes of nature and humanity, head to Instagram or Behance.