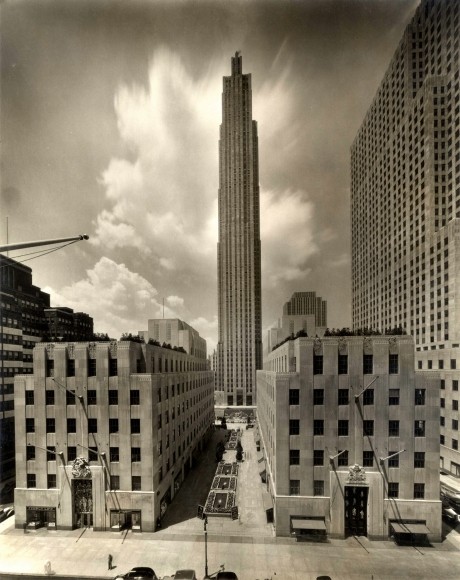 Laurence Miller Gallery is presenting Rock – Paper – Scissors, November 4 – December 23, an exhibition featuring forty rare vintage black and white photographs by Wendell MacRae, all made during the 1930’s. These images capture New York City, as it emerged from the Depression and experienced an extraordinary building boom, from the completion of the Empire State Building to the massive Rockefeller Center project, completed in 1940. 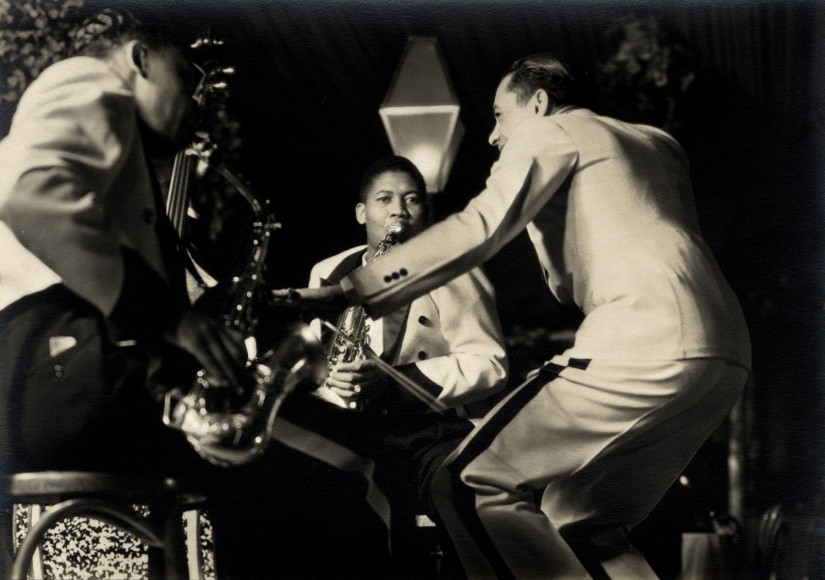 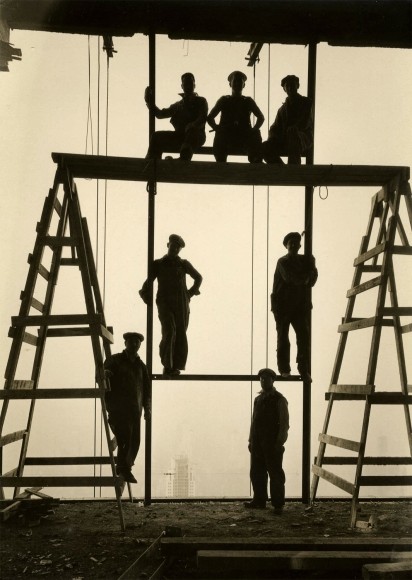 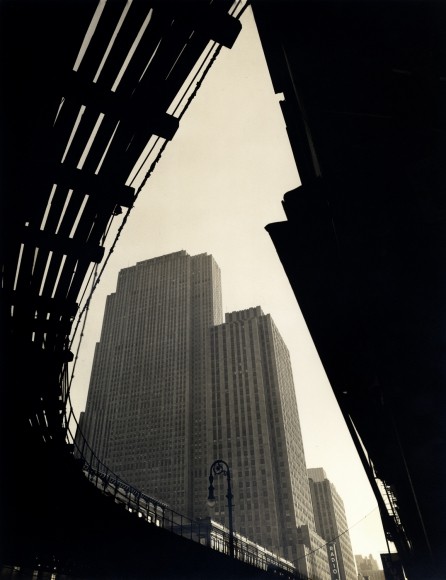 After an exhibition of his early Modernist work at the pioneering Julien Levy Gallery in 1932, MacRae was hired in 1934 to record the construction of Rockefeller Center, in which he was provided studio space. It is this bold, Modernist work for which he is best recognized. But his creativity went beyond recording the “Rock,” as he explored more experimental techniques, including montage and collage. The 1936 Surrealism show at the Museum of Modern Art provided a big stimulus for him. 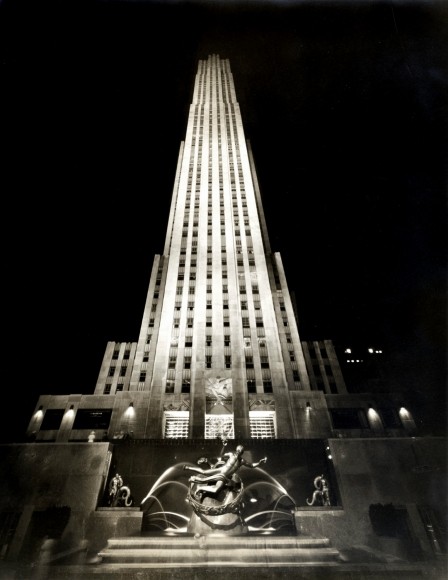 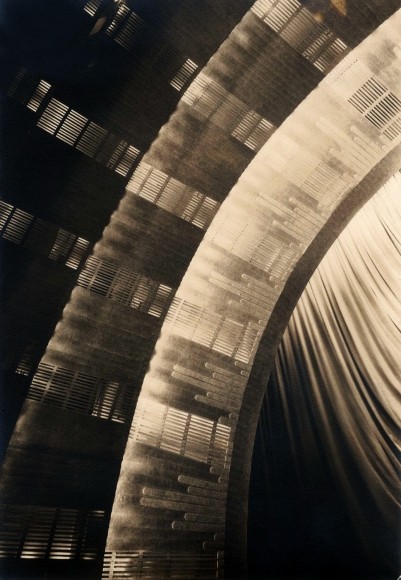 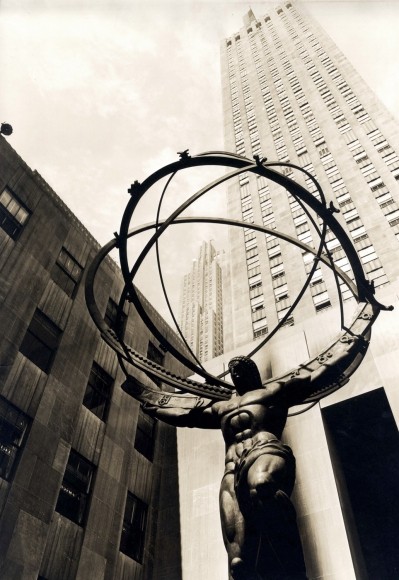 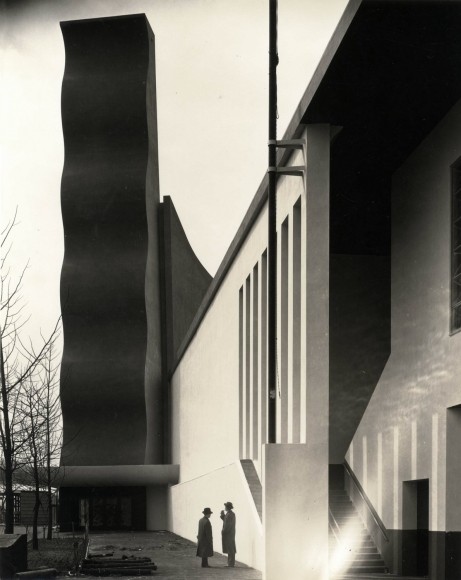 With the generous assistance of Evelyne Daitz, who was the last to exhibit MacRae’s work in New York at the Witkin Gallery in 1999, Laurence Miller was invited to visit the MacRae archive, and offered works never previously exhibited. The gallery now shares these with a new audience not familiar with McRae. 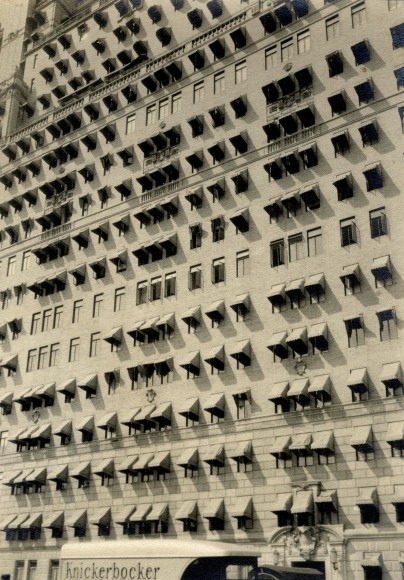 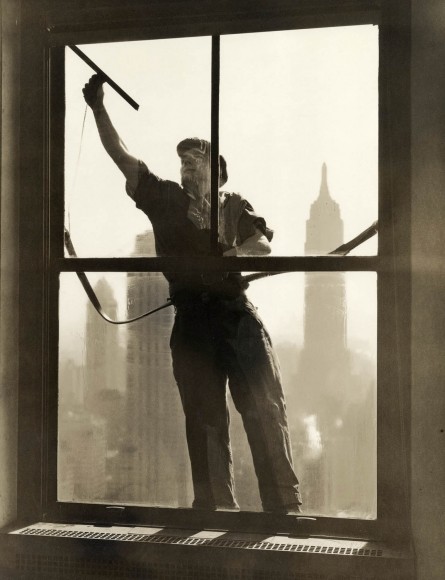 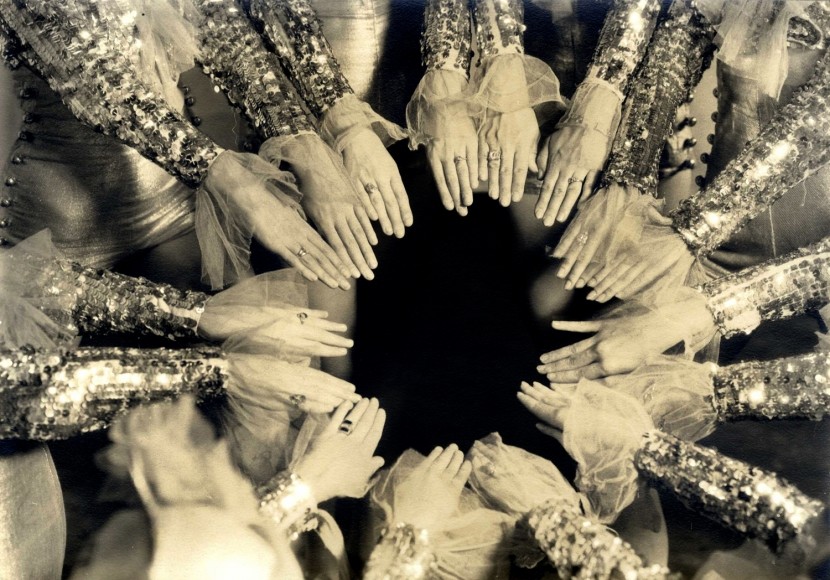 Among the most striking prints in the exhibition is his large print titled ATLAS, from 1938, featuring the towering bronze sculpture that sits in front of Rockefeller Center on Fifth Avenue and depicts the ancient Greek god Atlas holding the heavens. 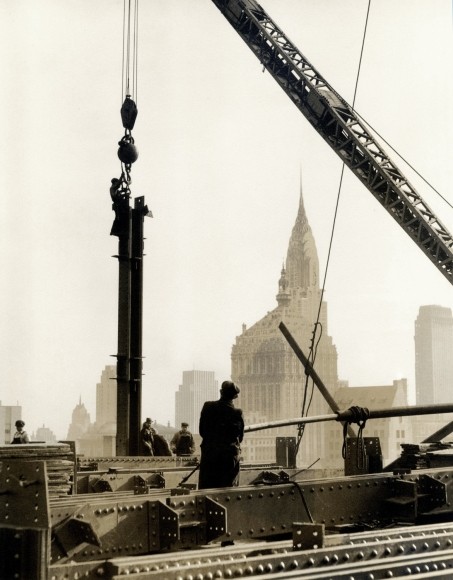 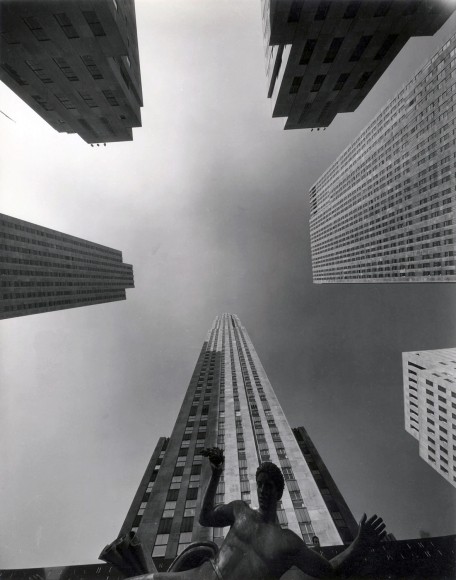 More intimate views feature the Roxyettes, later to become the Rockettes, performing at Radio City Music Hall, as well as a closeup of Cab Calloway performing at the Cotton Club. 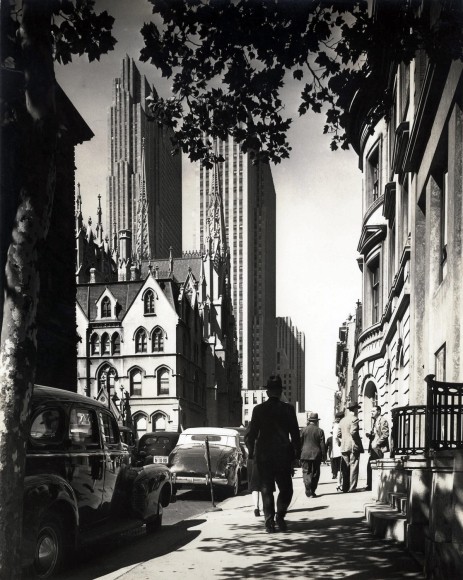 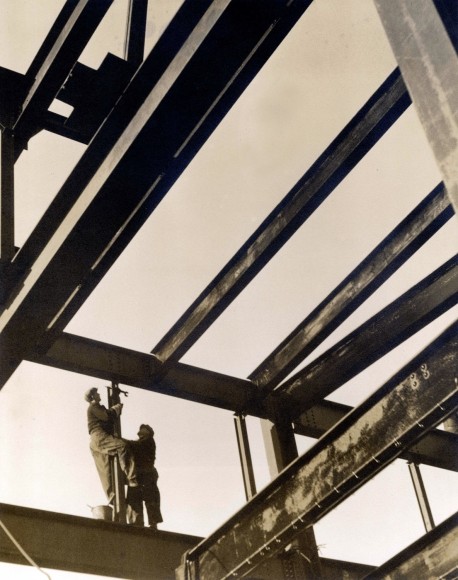 A strange and whimsical series of still-lifes featuring coconuts transformed into individual heads reveals his playful nature, as does a montage of a woman in lingerie sitting a top the knee of a gigantic ventriloquist dummy. Always enterprising, MacRae made a unique collage of a US military bomber dropping the artist’s own business cards across a vast rural landscape.