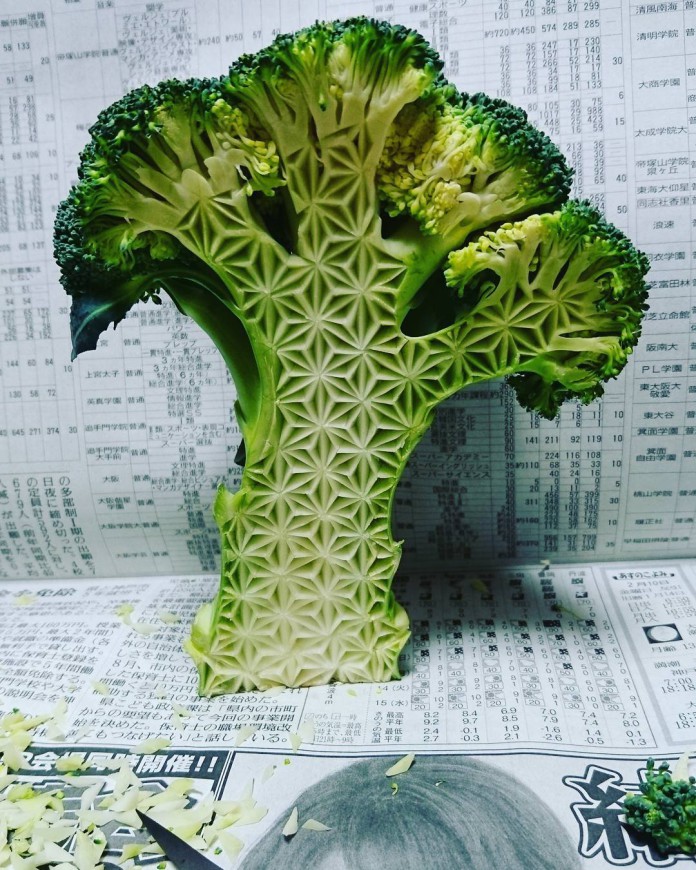 Japan has a rich tradition of food carving called mukimono. If you’ve ever eaten at a fancy restaurant in Japan you might have found a carrot carved into a bunny, garnishing your plate. But in the hands of Japanese artistGaku, the art of fruit and vegetable carving is elevated to a new realm of edible creations.

One constraint to carving fruits and vegetables is that sometimes you must work fast. The moment a peel is removed, oxidization will start to discolor your artwork. So, depending on the variety, Gaku’s carvings are probably created within several minutes. Armed with a tool similar to an x-acto knife and a fruit or vegetable from the grocery store, Gaku carves intricate patterns that are often inspired by traditional Japanese motifs.

Gaku points out that the banana is great fruit to practice with because it’s cheap and easy to carve. When asked what he does with all his creations after he’s done, his reply is simple: he eats them. “Except for the banana peel.” Natalie Portman: ‘The less I’m in a movie, the more I like it’