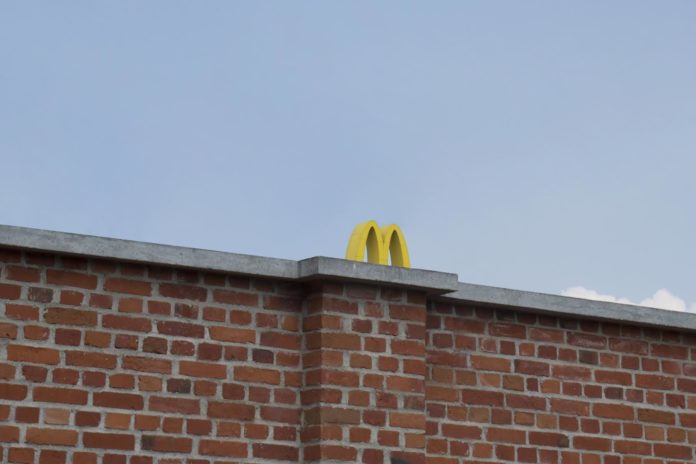 While growing up in post-communist Warsaw, photographer Zuzanna Szarek dreamt about the movies, toys, and food produced in America. McDonald’s was one aspect of the culture readily available to Szarek as a child in the 90s, and its Happy Meal toys always provided a rush of excitement. Today Warsaw is undergoing rapid changes, with hip stores and restaurants popping up as fast as its skyscrapers. Although the golden arches of her childhood still remain, they are now blocked by towering buildings and new construction.

For her series M, Szarek captures these strange juxtapositions, photographing what has long been viewed as an American icon as it becomes lost and obscured. “The over-sized monster hovering above the city’s landscape has became more of a landmark than a destination itself,” she tells Colossal. You can see more images from this series on her website and Instagram. (via This Isn’t Happiness)