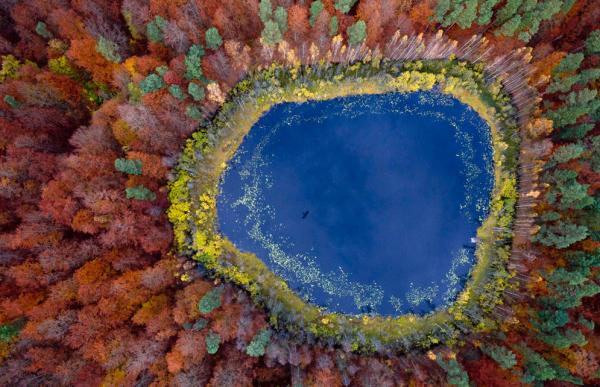 Kacper Kowalski is a polish photographer working and living in Gdynia, Poland. After having worked in architecture for four years, he devoted himself entirely to flying and photography. Both as a pilot and a photographer, he takes aerial pictures of natural and urban environments of his native Poland.

He is represented by the Panos Pictures agency for editorials. His first photography book, Side Effects, was published in early 2014. Photographs from this project are shown all over the world. He lives and works in Gdynia, Poland.