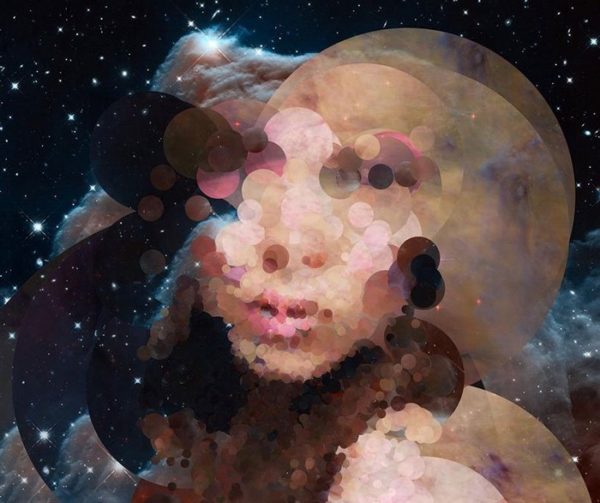 For quite a long time the main tool by which mankind could learn the mysteries of the remote corners of the Cosmos, was the Hubble space telescope. Today it is attributed to modern artists because the pictures from Hubble have become the main basis for the creation of tens of thousands of human portraits.

Barcelona based artist Sergio Albias is creating art using computer codes and writes computer programs that generate images. Using his software as an electronic sketchbook, he succeeded to visualize his concept before he transforms it into a painting.

Sergio Albias creates portraits using imagery from the space hubble telescope with the participation of the internet audience. Gathering photographs from his viewers and transforming them into abstract portraits is possible trough a software that compiles the telescope’s images of galaxies into beautiful works of art.

I create visual imagery to articulate my thoughts about the beauty, contradictions and emotion of the act of living. My work revolves around the interior worlds we create in our minds and the tensions that arise when confronted to our realities. The illusion of control in a world much governed by randomness and the elusive nature of emotions are also recurring ideas in my work.