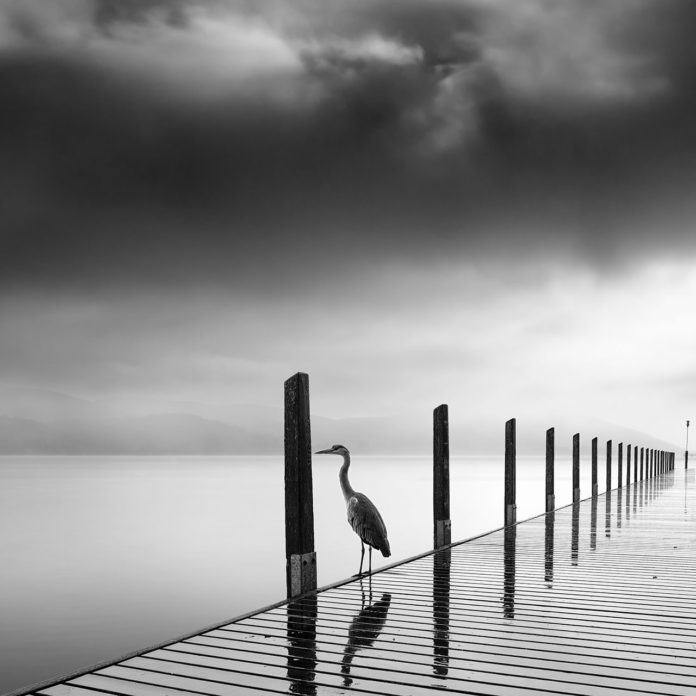 The intense and almost surreal silence of his minimal, black and white images reveal a depth and sense of emotion that is enough to entrance a viewer into wondering about the story that’s going on within the image. With such poetic titles such as “Where Dreams Come True” and “As Time Goes By” many of the subjects in George’s photographs appear to be coming out of a mist.

“I believe that style reflects the experiences of our life,” he says when we ask him about how he developed the definite signature look of his images, many of which also feature large bodies of water in one way, shape or form. “My earliest memories are connected with the sea. Diving, swimming, boating, fishing and everything related to the sea was my life while growing up,” he says by way of explanation. “I still love the sea because it combines calm with drama; it is a barrier but also a portal for the mind to travel away from the everyday,” adding that that when used as a blank canvas, bodies of water also allow him to create “order” in his images.

The common thread of melancholy in his photographs is achieved by the lengthy process of long exposure: “Long exposure came as a natural consequence,” he says. “I love the process too, as it gives me the time to explore the environment, but also to feel the scene and visualize the final image,” he tells us, citing the black and white images of photographers such as Nathan Wirth, Martin Rak and David Frutos, among others, as great inspirations who he looked to in order to achieve this technique.

And where does the use of black and white come in, we ask. “It’s just another step toward minimalism and away from reality,” he says. And yet, we keep staring to see if the images will suddenly come to life.