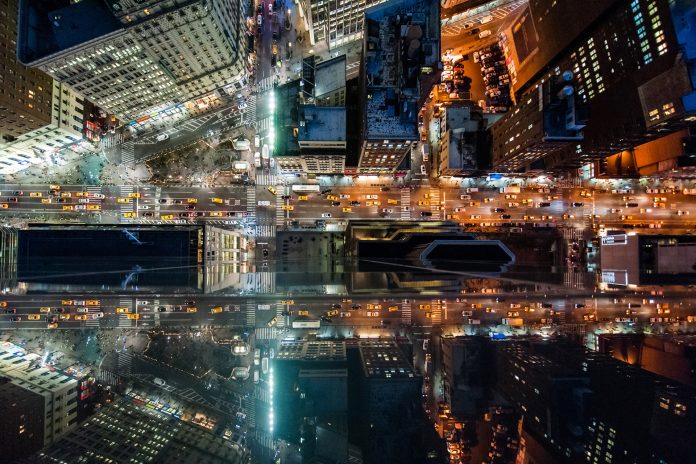 Utilizing the reflections on soaring buildings, Seattle-based photographer Navid Baraty frames New York City in sections of just a few blocks. Although the traffic-packed streets and countless windows on high-rises can be seen from the ground, Baraty’s aerial shots in his ongoing Hidden City II series provide a distinct look at the area’s density and compactedness. “Most of our perceptions of cities involve us walking the busy streets and staring up at the towering skyscrapers above,” he writes. “With my series, I wanted to offer an altered and at times almost surreal perspective on the familiar streets that us city-dwellers drive and walk on each day.”

Baraty tells Colossal that his cityscapes often remind him of scenes from Interstellar or Inception. They “capture reflections of these hidden realities that exist high above the streets below. I couldn’t believe the first time I saw how much of a city can be seen reflected along the sides of skyscrapers from on high. It really felt as though I’d discovered some sort of hidden dimension,” he said. To keep up with Baraty’s perspective-altering photographs, head to Instagram and Behance.